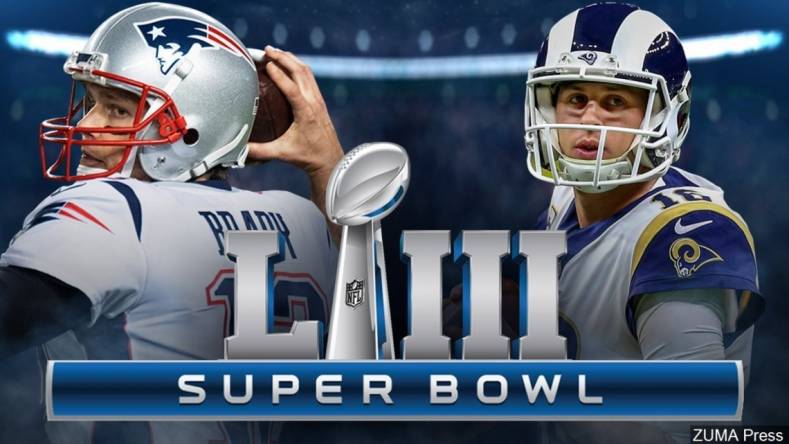 It will be a match-up of the New England Patriots and Los Angels Rams in the 2019 Super Bowl game.

Everyone expects the Super Bowl to be one of the greatest spectacles on TV every year, but this year’s 53rdedition in Atlanta is going to be extra special.

Not just because of the grudge Rams/Patriots matchup—the first time since 1969 when teams from the same two metro areas (NY and Boston) met in the NFL’s football championship and the MLB World Series in the same year—but also due to CBS’s determination to reach into their growing bag of graphics magic to adorn this presentation like sparkling jewels on a crown.

It may be lost in the mists of time that CBS pioneered the use of an isolated camera in the third annual NFL Playoff Bowl (Lions/Steelers) at the Orange Bowl in 1963, but who can forget that CBS was the first to air an NFL Championship game in color back in 1966 (Packers/Browns), or John Madden’s electronic chalkboard, the Telestrator, (see The Telestrator Celebrates 35 Years at the Super Bowl) in 1982 (49ers/Bengals), or even simultaneous SD and HD broadcasts in 2004 (Patriots/Panthers).

This year, during the Big Game we are going to for the first time be treated to live augmented reality (AR) graphics from multiple cameras. CBS will also deploy multiple 4K and even one 8K camera, which will allow more crisply selective close-ups of the action. Add to the mix a total of 28 pylon cameras as part of the 50 end zone feeds including three goal post super slo-mo cameras, all there to capture all the action in eye-grabbing detail.

“We are indeed going to be adding a significant amount of AR graphics to this year’s Super Bowl LIII broadcast from Atlanta’s Mercedes-Benz Stadium,” said Mike Francis, VP of remote engineering and planning for CBS Sports. “This will go far beyond 1st & 10 lines from multiple angles. For the first time we are going to be employing virtual graphics in conjunction with mobile, wireless cameras such as our Steadicam, the SkyCam and a TechnoJib.”

While Francis was reluctant to give away too many secrets, it is reasonable to assume this means we will be seeing virtual graphics added to moving shots of players taken either right on the field or from directly above it. That will add a whole new dimension to the information flow of the game.

What he could reveal was, “This will give viewers a different perspective on the game than they have ever previously seen,” he said. “We’ve never been able to add virtual graphics to shots taken right on the field before.” 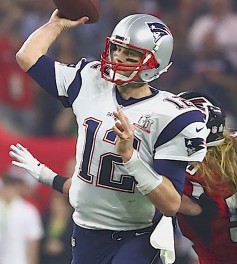 Can Brady do it again? The Las Vegas odds makers think he can.

As you can imagine, multiple vendors will be involved with providing the technology creating these graphics including SMT (winner of 32 Emmys), The Future Group, NCam and EA Sports, famed for the Madden NFL simulation game.

But the Super Bowl Sunday experience will begin long before the 6:30 east coast kick off. CBS plans a full day of warm-up, starting with “That Other Pregame Show (TOPS” with Adam Schein at 11:30 AM ET.

Then at noon, “Road To The Super Bowl”, which debuted following the 1969 season, will look back at the greatest plays of the 2018 NFL season.

At 1:00 PM, Tony Romo who is covering his first Super Bowl game, will talk with heroes of past NFL championship matches such as Len Dawson, John Elway, Tom Brady, Ben Roethlisberger and Drew Brees, followed by “The Super Bowl Today” at 2:00 PM presenting detailed game analysis, features and interviews with the players and coaches we’ll all be rooting for during the game.

This will lead up to the “Super Bowl On CBS Kick-Off Show” at 6:OO.

“We’ll have several teams of editors cutting packages for all these shows,” Francis said, “with some systems on site in Atlanta, all working on Avid NLE’s, and a major post-production set-up back in New York. Thanks to a 10 gigabit fiber connection they will all be able to work together collaboratively.”

He also described how the new Super Bowl LIII logo was built using ChyronHego equipment just for this broadcast. 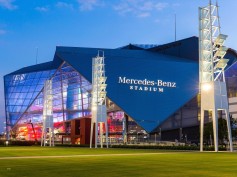 The average asking price for Super Bowl LIII tickets was reported to be $8,130 after the AFC and NFC championships

Francis promised this would be a Super Bowl to be remembered, with lots of graphical eye candy on the screen providing as much excitement as the action on the field.