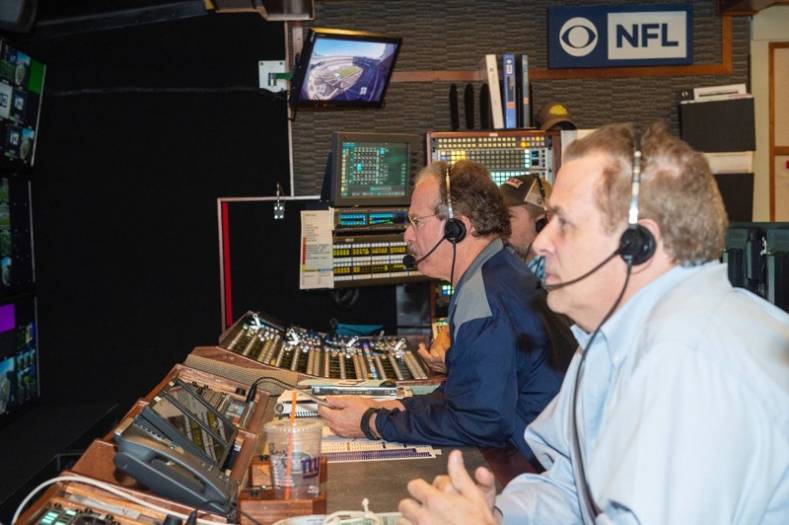 A veteran of the past four Super Bowl telecasts on CBS, Arnold said he will approach this year’s Super Bowl LIII show on February 3, live from Atlanta’s Mercedes Benz Stadium, as he would any other he has directed in his illustrious career.

“The key for me is not get caught up in the hype and focus on the core game itself,” Arnold said. “I try to do the same preparation, memorize the players’ names and numbers, and go through my shot lists so I am ready. After so many years of doing this, if I approach it any other way, it could be a disaster.”

Arnold will also direct the preceding AFC Championship game on January 20 live from Arrowhead Stadium in Kansas City. For both games he’ll be perched in the same mobile production truck, NEP's SSCBS mobile unit—complete with more than three-dozen Sony 14x HDC-2500 cameras, about a dozen Sony HDC-4300 4K SuperSloMo cameras and, new this year, a Panasonic 8K camera for super high resolution HD replays—and conduct the games in the same way he always does. All will utilize Fujinon's latest 4K lenses.

The physical configuration of the unit is three double-expanding 53-ft. trailers and a fourth truck for game related activities. The A unit has a 15- x 21-ft. production area and a 15- x 18-ft. graphics area (each with 12 positions). The large monitor wall that Arnold and his team will be closely watching those camera feeds on is made up of numerous Boland Communications 31x32” flat screen displays.

Story telling, he said, is most important and Arnold helps create that with close-ups of the players and then also wide shots of the stadium so the audience can get a feel for what it’s like to actually be there at the game. 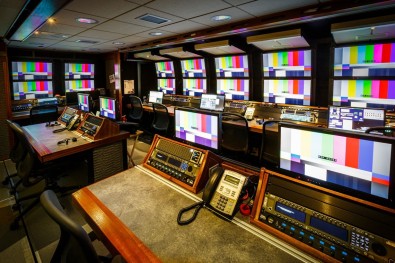 “I look for a player’s anguish if they drop a pass, the elation of a quarterback after throwing a touchdown pass and also the running back that just scored,” he said. “I think that close-ups really help the director tell the story of the game. That’s along with the replays we use to analyze a play. In the end it’s all about capturing the emotion of the game and making sure we have all of the key plays covered from the right angles.”

Arnold said this year his shot selection will often shadow CBS Sports on-air announcer Tony Romo’s commentary, because the former quarterback has gained a reputation for seeing the entire field from a player’s perspective and how plays develop.

“When [Tony Romo] says ‘That’s a great block’ by a player, I try to quickly focus on that player and follow his perspective,” Arnold said. “We’ve worked together all year long and have formed an unspoken bond that viewers have really taken to.

“I try to my focus on my key 20 cameras and let other people worry about the rest,” he said. “A lot of those extra cameras are for replays and alternate angles that I might use, but only in select situations. Like seeing if a player has kept his feet in bounds on a catch. Otherwise I have my key cameras that cover the game.”

This year’s telecast will also feature augmented reality graphics on the field, complete with a roving camera operators that will enable viewers at home to see the planned player stats and game analysis in a while new way. It sounds cool, but Arnold is a bit nervous about how it will all work. He’ll get a rehearsal with it the week before the Super Bowl and hopefully become comfortable with it by (AFC Championship) game time on January 20th.

“One of the biggest challenges is bringing in new technology like the AR graphics and crossing your fingers that it will all work,” Arnold said. “I’m working with a highly experienced crew who cover NFL games all season, so the main broadcast is the part we all know how to do very well. It’s the “first time ever” things that make me a bit nervous. But I know our guys will get it right and I am confident this year’s Super Bowl telecast going to be an exciting show. It always is.”