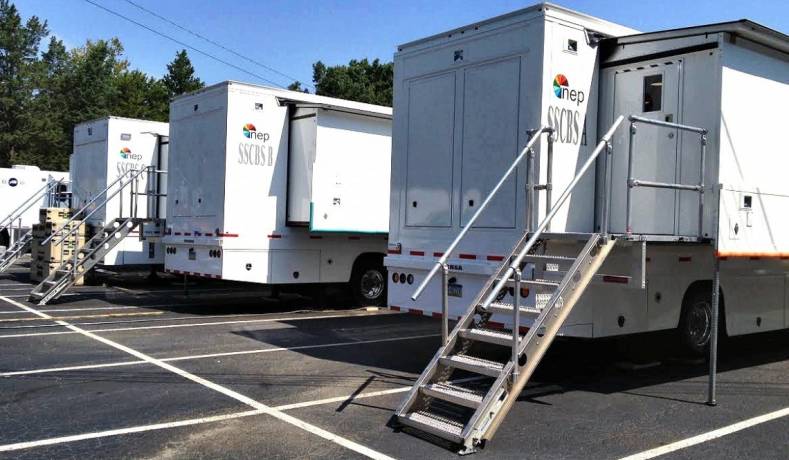 Mike Francis, CBS vice president of Remote Engineering and Planning, said IP and networked audio is being used for external communications, IFB and microphone acquisition. “We are moving away from traditional analog cabling for audio transport for a variety of reasons,” he said. “We get a much cleaner sound. 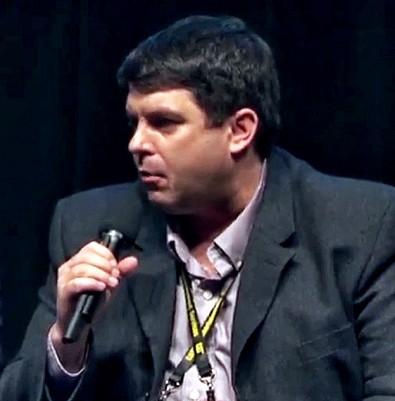 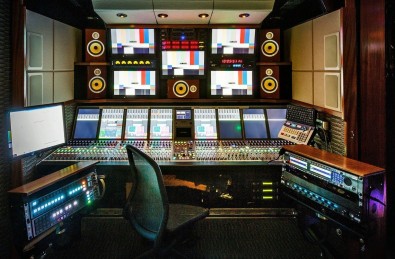 SSCBS audio control room relies on a Calrec Apollo console for main mixing and a Calrec Artemis for tape release. Click to enlarge.

NEP launched the SSCBS in 2015 and entered the era of IP-based routing at the Wyndham Golf Championship in Greensboro, N.C. The truck uses the Evertz IP routing system, which has been refined since the product's launch. 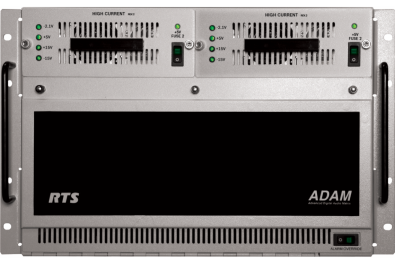 Studio shows will be produced out of Game Creek Video Encore trucks each equipped with an Calrec Artemis Bluefin mixer. There are three 53-foot double expanding high-definition production units. Encore A is the audio unit which features multi-purpose edit and transmission rooms. 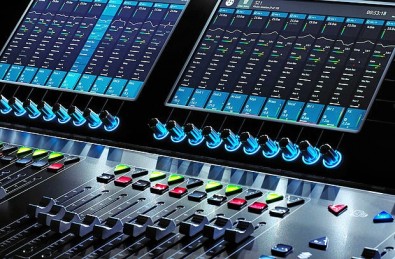 Finally, Francis said the CBS RF Mix will use an S21 digital mixer from DiGiCo. The S21’s surface is laid out in two side-by-side main sections, providing direct hands-on control of up to 48 mono or stereo input channels, the master bus, 16 busses in mono or stereo, 10 VCAs and a 10x8 matrix router.

Each of the two surface control sections has a bank of 10 fully assignable motorized faders and a TFT LCD display that hosts 10 additional sets of assignable on-screen channel controls, physically aligned and integrated with the channel strips.

Ed Soltis will be mixing his sixth Super Bowl for CBS Sports and Peteris Saltans will mixing the studio show, Francis said.