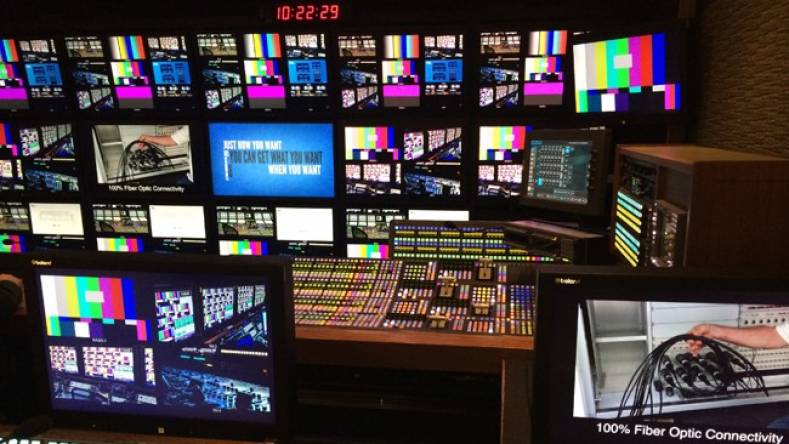 NEP will use multiple trucks at the Super Bowl. Shown here is the company's ND1.

There are select sports which attract an audience far beyond that of the immediate game or fan base. The Super Bowl is one such event. And all things being equal, it is on track to exceed last year’s record 111.5 million viewers to become the most viewed telecast not only of 2015 but of all time in the US.

It's an event that dominates the US TV schedule and dwarfs rival events like the FIFA World Cup domestically. Super Bowl XLIX will also be aired in 128 countries in 25 languages, racking up further eyeballs, even if the event overseas does not rate on a par with a World Cup or Olympic Games. All in, it's a lot of responsibility for NBC and NEP, the host producer and host outside broadcaster respectively, of this year's pictures.

“The Super Bowl has become more of an event outside of what happens on the field because it's a time when family and friends get together,” says Mike Werteen, co-president of NEP's US mobile division. “In the business, everybody compares their production to the scale of the Super Bowl because it is the most watched event in the US.” 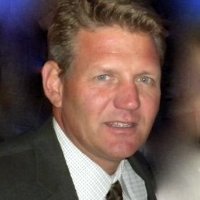 NEP may send more resources to other events but no event entails quite the amount of pressure as the Super Bowl.

It will have 27 trailers at the University of Phoenix Stadium in Glendale, Arizona by the end of next week, servicing domestic clients NBC, CBS (which hosts in 2016 with NEP as partner), DirecTV and ESPN as well providing the host feed direct for NFL Films which will transmit the pictures to international rights holders. NEP will have 70 engineers, drivers and specialist technical managers on-site. 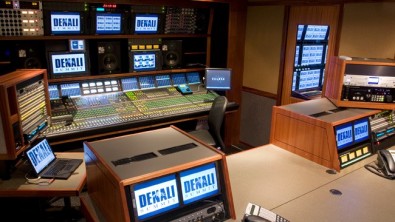 NEP has multiple trucks on site to support the Super Bowl, including the Denali: Summit. Shown here is the truck's audio suite with a Calrec Apollo mixer.

All the domestic and world camera feeds for the pre-/ match and post-match will be fed into a central distribution hub (NEP's ESU truck) and made available for any broadcaster in the compound to access.

One key discussion is around slo-motion coverage. NBC, says Werteen, is seeking greater clarity in replays. “There are two ways that can be done; one is by increasing the frame rate and there are a significant number of HFR cameras at the game. The second is to use 4K UHD and integrate that into the 1080i feed.

“Since every play is so important anything that enables the camera operator to stay wider so as to not miss any potential action, and then to have that available as a replay option, is important,” he explains.

“The sheer technical requirement, the logistics, the number of credential led staff has grown significantly over the past decade. The domestic game coverage, the world feed and the half time show – each is an individual production and all have grown in size and scale.” 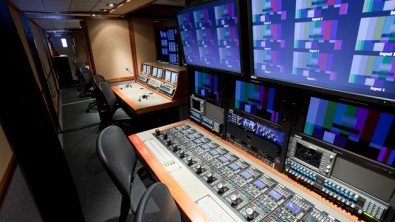 Camera control in NEP's Denali: California. The truck will assist with the half time show staring Katy Perry.

NEP parked its first truck at the venue on January 12. It is providing a range of services for the shoulder programming for a number of content aggregators through the week leading up to the game weekend.

Planning has understandably been in the works for some time.

“It was not coincidental that we built NBC a new truck [ND1] for NBC's Sunday Night Football coverage in the year that they are in charge of the host feed for the Super Bowl,” says Werteen. “We knew this was going to be an enormous year for them. Discussions about the level of Super Bowl coverage began two years ago.”

NEP's new flagship ND1 was on the road last summer and is planned to take the lead in Super Bowl coverage for 2016 (CBS host) and 2017 (Fox host). It is actually designed as four interconnecting trailers which can be configured according to a client’s requirement. Its HD infrastructure is connected to a Grass Valley Kayenne 9 ME mixer, Calrec Artemis and Apollo audio consoles and 100 channels of EVS recording on XT3s.

If anything says the event is not about pure sport it's the half-time extravaganza where coverage turns from sports to live pop concert. NEP is in charge of output for this too. Advertisers are expected to pay $4 million for a 30-second commercial in the slots leading up to the half-time break.

It's an exceptionally busy period for the company. This week it is in Aspen covering the Winter X Games for ESPN and it will send a further complement of trucks to Scottsdale Arizona for CBS coverage of the Phoenix Open PGA tournament, which runs simultaneously with the football game.