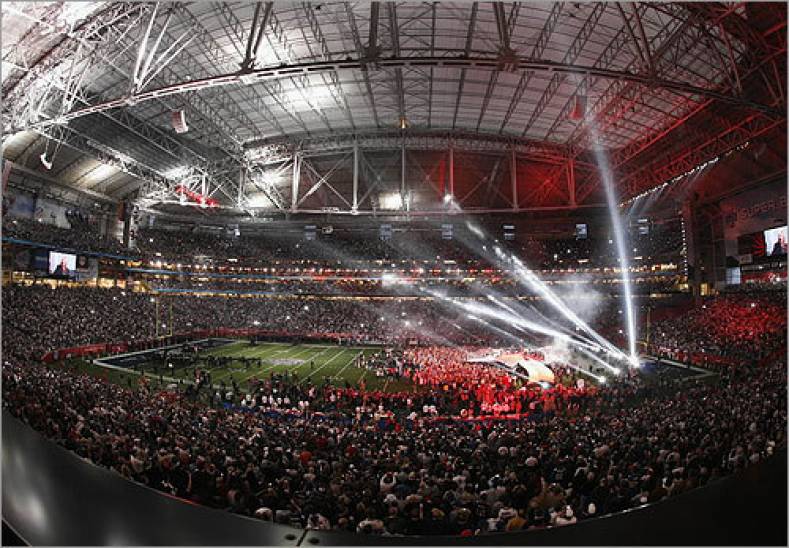 The 2015 Super Bowl will be played at University of Phoenix Stadium, Glendale, Arizona.

More than 90 percent of the world’s TV mobile trucks use EVS technology for recording live action, quick replays and high-speed super motion camera coverage. This is true for the upcoming Super Bowl as well.

Both NBC and international broadcasters will use EVS XT3 six and eight-channel broadcast servers with associated EVS control and networking gear. Even EVS doesn’t know how many of it servers will be at the Super Bowl in Phoenix this year, but the 2014 Super Bowl had more than 85 units in action, the company said.

Though Avid’s MediaCentral Platform technology is dominating NBC’s Super Bowl coverage this year for its radical new workflow concept, EVS said its technology is a major content contributor to the Avid network. “We use many of the different SDKs and APIs from Avid in our solutions,” said James Stellpflug, EVS’s vice president of sports. “We’ve been a significant partner of Avid’s for many years in terms of how we integrate our components, facilitate content flow and metadata flow as well as the types of media sent over to them.” 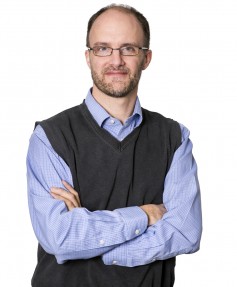 EVS, Stellpflug said, specializes in the fast recording of game content and repurposing it to the various NBC personnel via the Avid network. “In a nutshell, there are two broad workflows that take place at the Super Bowl,” he continued. “One of them is the live game production. That’s the very rapid turnaround record and playback functionality. EVS is the majority component of that live ecosystem.

“Then you have the editorial layer — the Avid editing — where some of that live content moves over for quick or longer term editing. Our speciality is the rapid production of the game itself and allowing NBC to use those assets in the editorial layer.”

On game day in Phoenix, EVS’s gear will manage all of the camera acquisition and move that footage, in XDcam format with metadata, quickly to the Avid backbone for use by others in editing suites throughout the production system

Two EVS XT3 servers will be on site to handle playing back fill and graphics, as well as live video.

“NBC is also using two of our XT3 servers as spot boxes,” Spellpflug added. “The technical director will use those servers as a resource for playing back fill and key elements, graphics, sponsored elements and other video into the live show.”

EVS’s XT3 server is a non-stop networkable recording device that works from ingest to playout. It can be configured for eight channel SD/HD, six channel 3D/1080p or three channel 4K. It is used for live editing, slow motion replays, multi-channel playback, multimedia distribution integration and transfer to NBC’s other systems such as craft editors, automation, archiving or storage. It can handle any format.

The server has 20TB of storage space and can record 381 hours of HD video. It has two 10Gb Ethernet connections and uses 3G-SDI networking. It records in HD and lo-res at the same time, so users can browse or prepare highlights in lo-res and download the finished package in HD. That requires the use of metadata.

“The ability to manage metadata and content requires that we have a user surface that allows operators to manage and tag the content and highlight pieces,” Stellpflug said. “LSM Remote is the controller itself. LSM Connect is an adjacent panel that gives users more functionality. It will be used by 21 operators at the Super Bowl location.”

LSM Connect is a tablet-based panel for clips and playlist management. Directly connected to LSM Remote and the server, LSM Connect gives the user instant access and control of all clips and playlists created during live production. It allows clip indexing, searching, dragging and dropping in a playlist.

Another key EVS technology being used at the Super Bowl is IPDirector, an integrated suite of video production management applications. It allows ingest control, metadata management, on-the-fly editing and playout scheduling — all managed from a single interface.

Running on a Windows-based workstation, IPDirector allows all network personnel to instantly share content, edits and metadata. The software suite integrates with Avid’s system, allowing transfer of media to post-production tools or archiving.

“NBC is using the IPDirector core to manage the content around the entire venue,” Stellpflug said. “IPDirector gives them visibility into those live assets, as well as how to organize them, how to tag them with metadata and ultimately how to expedite them into Avid’s editing. They have IPDirector at both Stamford and at the stadium site. 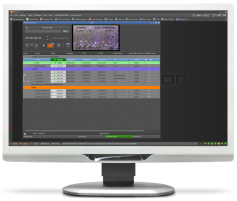 IPDirector provides users an integrated suite of production applications. NBC will use it to manage on-site content.

“IPDirector allows NBC’s editors to look at the broadcast trucks and grab live assets from the game or the lead up to the game. They can move the content around and gets their hands on the video.”

Finally, another key EVS component is XFile3, which is the the archive and restore gateway for the live production workflow. From a single, connected workstation, XFile3 allows NBC’s personnel to find and restore archived content — transcoding it if necessary. It automatically backs the video up to disk on-the-fly throughout the production. Operators can monitor and manage all file transfers from a single interface.

“Essentially, XFile3 allows NBC’s staff to manage and archive all the live assets from the game to Stamford while the game is still going on,” Stellpflug said. “They can archive all the material to transportable media as well as to gateway devices which allow them to share it as needed.” Game Creek trucks and EVS equipment will be working the 2015 Super Bowl.

In addition to NBC, EVS servers, control and networking technology is installed in all NEP and Game Creek Video trucks and other smaller units being used at the Super Bowl. Stellpflug said EVS dominates the sports market because “it offers a consistently reliable platform that works week in and week out and performs to the users expectations.

“We call our servers the engine that never dies — a thing that you just can’t stop. It’s reliable, it’s fast and it allows the production people to perform their jobs anywhere at anytime.”