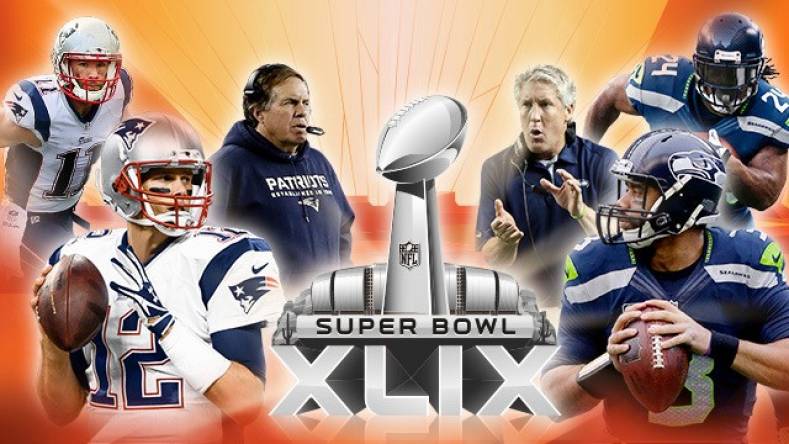 Last year Verizon made a splash at Super Bowl with a demonstration of LTE Broadcast in a tent just outside the stadium to invited guests. Arch rival AT&T has picked up the baton for the upcoming Super Bowl 2015 and is taking it a stage further with an in-stadium demonstration of the technology. AT&T will broadcast three live channels comprising two streams of clips and replays from different camera angles, plus a continuous data stream of stats and information. 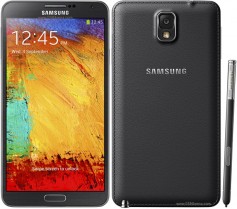 The Super Bowl LTE Broadcast signal will be received on 40 Samsung Galaxy 3 phones.

But this is still a demonstration confined just to 40 LTE Broadcast enabled Samsung Galaxy Note 3 Android smartphones. This alone highlights how slowly LTE Broadcast is rolling out, but also that the technology does actually work and can deliver high quality live video. AT&T has already had a practice run at the College Football Playoff Championship Game on January 12th, using a similar configuration.

AT&T worked with partners Ericsson for infrastructure, Qualcomm for the LTE Broadcast middleware, ESPN for broadcast transmission, MobiTV for the streaming app and Samsung for the handsets themselves. 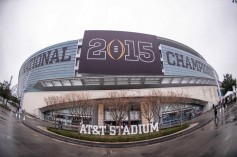 The cellular industry is understandably cautious over the rate of LTE Broadcast roll out after the catalogue of past failures of attempting to transmit video to multiple mobile devices simultaneously, including Qualcomm’s own MediaFLO. Those past attempts failed for various reasons, including lack of the more robust and higher capacity LTE/4G technology. But above all, the real reason no cellular broadcast service has been successful remains—there are few devices capable of receiving the LTE Broadcast signals and displaying HD video with sufficient quality.

The arrival of tablets and large smartphones coupled with rollout of 4G/LTE networks has revived interest from many familiar players, notably Qualcomm, that were involved in the past failures. The current LTE Broadcast, based on eMBMS (evolved Multimedia Broadcast Multicast Services) standards, is also known as LTE Multicast. Both names are correct depending on the stage of distribution. The data is multicast over the operator’s backhaul network to the cell towers. This enables each individual cell the ability to receive an LTE Broadcast stream or not within the overall mobile service.

Inside each cell, the streams are broadcast within a reserved part of the radio spectrum, so that they are available to all devices within range. AT&T is reserving 5 MHz of its LTE spectrum within a cell for the Super Bowl demonstration. The advantage is that any number of people in the cell can receive the broadcast because the allocated spectrum is only a fraction of the total band available to all services. This overcomes the spectrum hog effect that a one-to-one cellular model requires.

Events like Super Bowl are one of the most appealing use cases for LTE Broadcast. That is because a large number of people inside a given cell are likely to be interested in watching live video content such as action replays at almost exactly the same time. The alternative would be to send the streams as separate unicasts to each user’s device. But it would only take perhaps 50 or 100 doing so simultaneously, depending on the precise spectrum allocation and the total amount available for a given service, to block the whole cell.

With LTE Broadcast technology, there is always remains sufficient spectrum for people wanting to use their handsets to make phone calls, send email or surf the web at the same time. The technology also avoids congestion on the operator’s fixed line backhaul network serving the cell towers. That is because the multicast of channels need be only sent once across each hop of the network, allowing a downstream cell to join the stream without requiring additional spectrum.

LTE Broadcast also improves the quality of experience to customers, according to AT&T. "Think of it this way,” wrote AT&T's senior EVP of technology and network operations John Donovan in a recent blog. “Many customers attending a football game accessing venue-specific content, like live footage from a player's helmet cam, could experience lags because everyone else is trying to get that same content, at the same time, through individual data streams on their individual devices," Donovan wrote. "LTE Broadcast would make available one single data stream for the helmet cam footage, available to all compatible devices in the stadium which could minimize network congestion. This trial demonstration signifies the early stages of our foray into LTE Broadcast, but we see a promising future with this technology."

Verizon can claim it opened the LTE door in 2014 with its demonstration of LTE Broadcast at Super Bowl XLIX. That demonstration involved a similar coalition of vendors, including Ericsson, Qualcomm, Samsung and MobiTV.

In May of that year, Verizon conducted a second LTE Broadcast at the Indianapolis 500 using the same Samsung phones being used at this year’s AT&T Super Bowl test. The Indy 500 demonstration incorporated race video, in-car cameras and live video from cameras deployed around the track. Although Verizon has no plans for an LTE Broadcast at Super Bowl 2015, a spokesperson says it is continuing to work on different use cases for the technology.

LTE broadcast is not limited to sports. Other LTE applications could include simultaneous delivery of software updates to multiple devices, one-to-many commercial services of various kinds and live streaming at concerts or to mobile devices outside the venues.

While both Verizon and AT&T remain committed to launching a commercial LTE Broadcast service, it is unlikely to happen before the technology is widely supported in devices such as smartphones and tablets. This lack of such support means that although AT&T will be transmitting LTE at the 2015 Super Bowl, only those 40 AT&T customers with a special Samsung Galaxy Note 3 Android smartphone will be able enjoy the service.