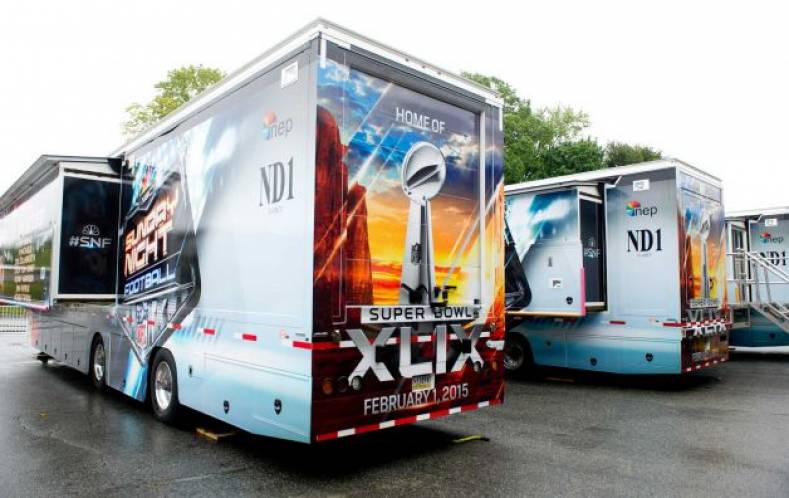 ​Producing football is tough enough, but broadcasting Super Bowl XLIX moves the requirement for a good intercom to a whole new level. The solution needs to connect the broadcast technical and production teams not only with each other but also to the crews handling the live half-time show.

The main focus of NBC's host coverage is the outside broadcast area at the University of Phoenix Stadium in Glendale. This is also working in conjunction and parallel with the broadcaster's headquarters in Stamford, Connecticut and facilities set up in the Block 23 development of Downtown Phoenix.

Each has its own dedicated intercom system but all are interconnected to allow the different installations to communicate with each other. John Pastore, director of broadcast communications for all NBC Sports productions, including the Olympics, explains this is made possible by the use of IP networking based on RTS's RVON voice over IP (VoIP) technology.

Comms feeds between the stadium and Block 23 and from both locations back and forth to Stamford employ RVON VoIP signals carried over fibre connections provided by Level 3 Communications. The IT infrastructure specialist is supplying IP networking capability to NBC for communications in addition to the main video production, with what Pastore describes as "multiple services" including the broadcaster's own VPN (virtual private network). "As well as the main network intercom Level 3 is also providing the basis for telephone intercom and communications and the NBC intranet," he says. 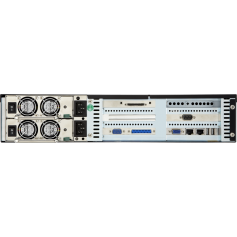 An RTS Trunkmaster acts as the hub for multiple intercoms for Super Bowl coverage. They are networked together using IP

The OB compound at the stadium, with 14 mobile units supplied by NEP Broadcasting, is connected for communications using four RTS ADAM modular matrix intercoms. and, says Pastore, allow all the individual systems "to behave as if they were one gigantic intercom".

According to Pastore the ADAM frames "vary in age and level of technology" and offering a differing number of ports, from 736 as the largest to 256 the smallest. These also interface with the in-house communications installation at the stadium, which is based on Riedel products. "We've got audio back and forth from that over fibre or copper," Pastore comments. This enables the broadcast teams to talk to the entertainment and live sound personnel working for ATK Audiotek, which is providing equipment for the half-time show. There is also a link between the entertainment crews and the production staff for the pre-game programme, who are based Downtown.

Trunkmaster is the basis of RTS' 'Intelligent Trunking' offering, which it describes as a "private version of the long distance telephone system." It enables up to 255 individual matrix intercom systems to interface with each other seamlessly and instantly, maintaining the existing presets, scroll lists and tallies of the local matrixes. Pastore explains that the truck intercoms are interfaced using a mixture of RTS TriBus (triple bus) and Dual-bus expander cards designed for the ADAM frames.

"Those are fibre-based," Pastore observes, "but Trunkmaster runs over IP. So we take the intercom from the trucks and then convert the feeds to IP and put it on a closed communications network. The majority of this is wired but there are some wireless units to and from the trucks for operators who are moving around." All wireless comms at the stadium are supplied by RF specialist BSI. These include seven party line systems with two ISDs for the game and four party lines, eight ISDs on the pre-game.

VoIP is now an established part of intercom installations, both in the studio and for major outside broadcasts such as the Super Bowl. Although networks for broadcasting predate IP, the growth and spread of the technology has played a major role in the expansion of networking for TV production. "This is my fourth Super Bowl and with each one the network and IP presence gets larger," Pastore says. "We rely on IP-based intercom more now and that's been made easier by systems like Trunkmaster. I would say that the amount of IP being used grows at least 20 percent every year."

Other systems enabling the further networking of IP include RTS' own OMNEO. This is based on standard Ethernet running Audinate's Dante IP-based media routing technology as the transport medium and OCA (Open Control Architecture) for control and monitoring. Pastore says NBC has been "playing around with OMNEO" but points out that most OB trucks in the US are anywhere near using the system and continue to be copper-based. "We probably will use it in the future," he concludes, "but there are some speed bumps to get past. Maybe for the next NBC Super Bowl in thre years time."