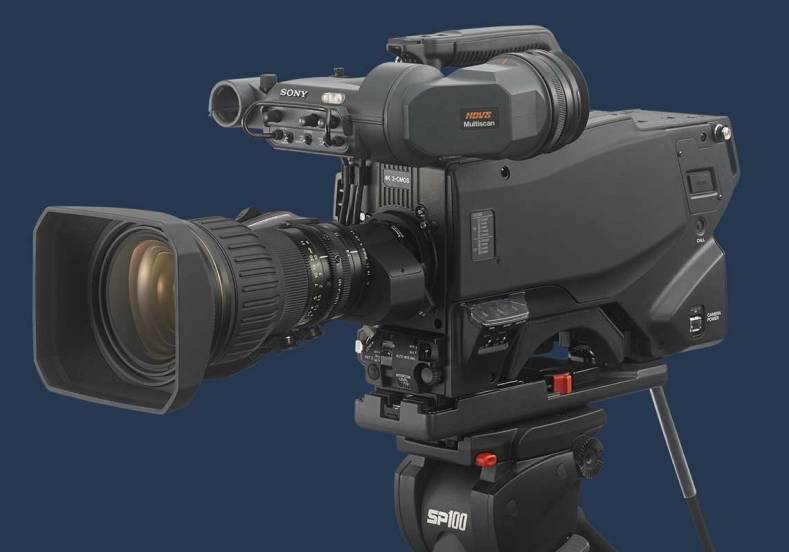 The recent spate of announcements from camera manufacturers about plans to market HD and 4K shooters capable of accepting B4-mount standard lenses has been welcomed by the industry and appears to have brought live UHD broadcast launches closer.

“It's heading in exactly the right direction,” says Keith Lane, director of operations, Sky Sports. “We're pleased to see the quality of those cameras come out and that they are much more user friendly for OB vendors who can take them into any OB environment and start using standard HD lenses. That's a cost-effective approach.”

Sky tested a variety of 4K systems cameras at the Ryder Cup last year including early versions of Grass Valley's new LDX 86 and the Sony F55, Hitachi’s SK-UHD 4000 along with the i-Movix X10 UHD unit. It continues to test those cameras and more recently the latest Sony HDC-4300 4K 2/3in in conjunction with lenses from Fujinon and Canon.

Lane professes pleasure with all the 4K developments which, along with those in the IP domain, “have moved the industry forward faster than expected.”

BT Sport has also conducted a number of live 4K tests. “The really valuable thing about 4K is that the camera positions don't need to change from HD,” says Jamie Hindhaugh

‪Chief Operating Officer, BT Sport. “With the next evolution of equipment there is a real opportunity to capture in 4K and down-rez for HD which does give you an enhanced look on screen.

“There are a lot of challenges. The frame rate we are looking for is 50fps and we're hoping with the new generation of cameras and lenses coming in July that any depth of field focus issues and motion blur will be mitigated.”

Another huge challenge is around 4K RF links which isn't likely to be solved within a year.

“The industry is in the same situation as the move from SD to HD where it's likely that 75% of programming will be captured HD and up-rezzed to 4K for a period,” says Hindhaugh.

For Alan Bright, director of Engineering at sports production company IMG, the development of HD/4K-ready cameras represents the “long awaited removal of one of the logjams to 4K live.”

He says, “The problem has been that outside broadcasters have not wanted to invest too early in tech which was not suitable for sports coverage.”

Sony developed the HDC-4300 following reaction to shooting with the F55 and to address some of the issues around lensing in the 4K domain for live events, according to Mark Grinyer, Sony head of business development 3D, 4K and Sport.

“The market told us it wanted a more traditional HDC-2500 style camera with B4 mount lens – so users can work with lenses already used in sports,” he says. “It protects their existing investment in Sony HDC-2500. This camera addresses this. Not only can it be used as a HD camera but also as a multi-speed camera and in 4K with B4 mount lenses. It's a good general penknife of a camera.”

Fundamentally, the only difference between the Sony HDC-4300 chain and that of the F55 is that there is no need for the BPU4000 unit (which generated 4K and HD signals in the OB truck).

Sony also wants to promote the HDC-4300 as a super slo-motion camera with 4,6 and up to 8 times speed capture possible. “That means you don't have to invest in specific triple speed cameras,” says Grinyer.

Cameras are being built more as platforms to which new functionality can added by way of firmware upgrades or plug-ins when demand requires or as the software is advanced.

Bright likes the design of the Sony camera in particular. “It can quite comfortably be used for HD work and it will take the bigger lenses, but I'm more impressed by the upgrade path which enables users to work with a wider colour space and handle higher frame rates and add-on an IP interface to the base station - all of which will worthwhile in a few years time,” he believes.

If one of the log-jams of 4K live workflows has been removed, another still remains hanging.

“Handling quad 3G is so cumbersome and it decimates the capacity of your resources,” says Bright. IMG which handles all the international distribution for the English Premier League from its headquarters at Stockley Park.

“We're waiting before the industry agrees on a solution to send 4K down one piece of wire before we convert one of our studios at IMG to 4K.”

Sony says it is not abandoning the F55 in sports. “There will be productions that prefer the look of the large single sensor,” says Grinyer.

“The large chip of the F55 and shallow depth of field is still the best choice for that type of work. The F55 will become more specialised but there is still interest from sports requiring a shallower depth of field. For example, with golf on the final green you could focus in on the ball or on the player or crowd and achieve a different type of shot.”

There are also growing applications for more artistic cine-style pictures from cameras including the Alexa for VT inserts in recorded sports packages.

Just now, live event production is in early transition between HD and 4K where broadcasters want an investment that serves the bulk of their paying audience in tandem with a very easy parallel production in 4K when the greenlight is given.

“Producers are less worried about the technology and more about the viability of the stories they can tell with technology that they are already using,” observes Grinyer – who still has 3D in his official Sony title. “Unlike 3D and 2D HD you can definitely produce content in HD and 4K in parallel. HD is still the money earner for a year or so for content of mass value so the question is how to enable the production of more content in different formats around the same HD production.”

Want to know more about 4K cameras? Check out The Broadcast Bridge recent articles on 4K cameras technology and usage.