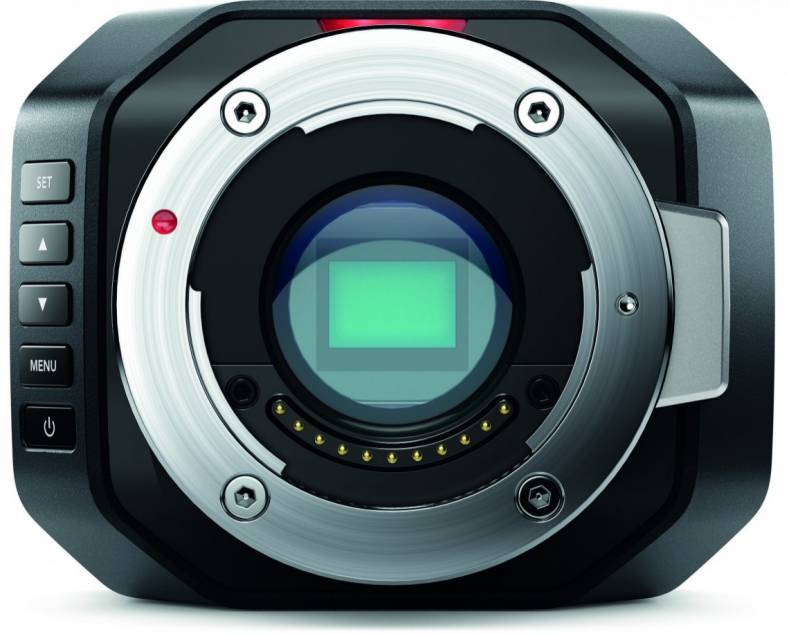 Available in July for $1,295, the camera can be used with an external recorder as a production camera, but it's really designed to be used in live production with a live production switcher with features almost identical to the BMD Studio Camera 4K.

The camera accepts Micro Four Thirds mount lenses—and others via adapters such as the B4 for traditional broadcast lenses—making it well-suited for a variety of multi-camera applications, including reality TV shows, news magazines, concerts and sport events. Thanks to its diminutive dimensions it can be hidden anywhere on the set, offering more camera angle options. They could also be mounted onto drones and flown overhead during sporting and other events.

It has SDI in and out, a built in colour corrector and all the control to the camera can be sent via the SDI input so it uses the same SDI control protocol as our studio cameras and ATEM switchers. It uses 6G-SDI, so supports all Ultra HD frame rates up to 30 fps, but it does 1080 HD frame rates up to 60 fps using the full sensor size.

It also includes an expansion connector, but has a Pan Tilt Zoom serial connection out and this can be used for controlling a remote head. Any commands sent to the camera via SDI from the switcher will be output on the PTZ connection and it will adjust zoomable MFT lenses.

“We have been asked for this a lot by high end broadcasters and now with this camera and the B4 lens connection you can use add accessories to turn this camera into a fully featured studio camera,” explained CEO Grant Petty. “Imagine using it as a full sized studio camera with external monitor and broadcast lens. Or using it on set concealed so you can get all kinds of exciting and interesting camera angles.”

Blackmagic claims virtually no colour loss when shooting regular HD, with full bandwidth RGB HD colour and sub pixel anti-aliasing. The result is said to be comparable to or even better than the fine detail attainable with bigger, more expensive studio cameras.