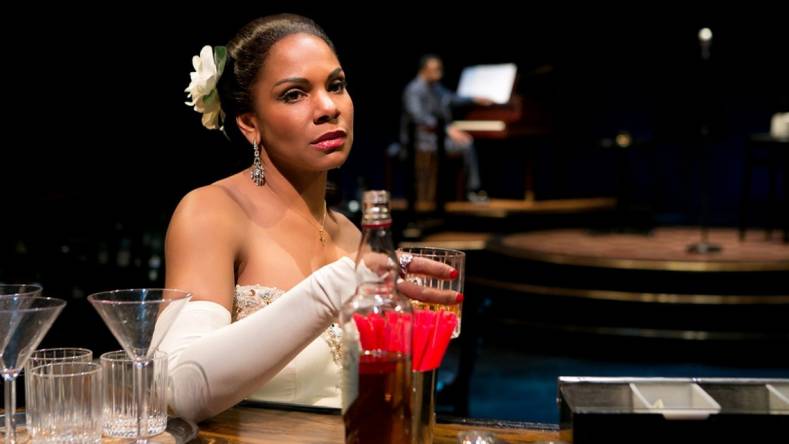 “Ikegami’s HDK-97ARRI was the right choice, it has several attributes that are incredibly helpful,” said Rick Siegel, an Emmy award-winning cinematographer for “Lady Day at Emerson’s Bar & Grill.” “The HDK-97ARRI sensor produces exquisite pictures and was the perfect canvas to paint our 1959 period story on. The large sensor offers the capability to use any of the PL/35mm film lenses ever created. The advantage to that was the wealth of creative choices and depth of field control: my pictures became more painterly, which was essential for this period movie. ”

Siegel and director Lonny Price (who also directed the Broadway musical) deployed the Ikegami HDK-97ARRI cameras together with several Ikegami 2/3-inch conventional HD cameras in a complex and challenging shoot at the historic Café Brasil, a 100 year-old saloon in New Orleans’ famed French Quarter. Equipped with Fujinon’s Cabrio PL Cine lenses, the HDK-97ARRI provided unprecedented flexibility for the three days of shooting, capturing six-time Tony Award-winner McDonald from a variety of camera placements as she performed the show from beginning to end each day.

The crew said they found the Ikegami HDK-97ARRI to be extremely easy to use throughout the time-sensitive shoot for “Lady Day at the Emerson Bar & Grill.” “This camera takes the visual attributes that HD filmmakers are accustomed to and brings them to TV,” Siegel said. “The downstream signal can be used in a very familiar way by people who make multi-camera TV productions, while still having the super 35mm sensor’s incredible capabilities and the ability to utilize a wide range of PL lenses. 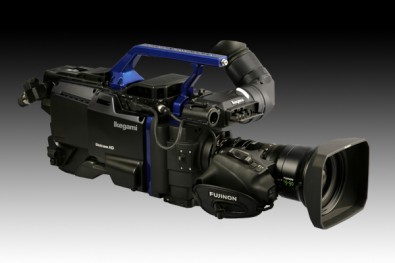 Jointly developed by ARRI and Ikegami, the HDK-97ARRI is a broadcast-style production camera with digital cinema characteristics, such as a large Super 35mm sensor.

“Throughout the shoot, the Ikegami HDK-97ARRI’s were as plug-and-play as you can get,” he continued. “You can operate the way you would any TV camera, and you don’t have to wait on these cameras to work. I would consider the HDK-97ARRI for almost any TV show, going forward.”

“Everyone on the set was amazed by the Ikegami HDK-97ARRI,” adds Jim Moriarty, Vice President and General Manager of New Orleans-based YES Productions, which supported Two Hands Entertainment throughout the shoot. “It achieved phenomenal saturation, richness, crispness and contrast ratios. The HDK-97ARRI was instrumental in realizing the vision for Lady Day at the Emerson Bar & Grill – everyone who worked on this production is eager to use these cameras again.”

“The HDK-97ARRI is a stellar product for multi-camera TV shoots, I can’t stress that enough,” Siegel said. “Not only does if offer new choices and a great look, but it provides speed on the set. These cameras met HBO’s extremely high expectations for picture quality, and made our star look absolutely beautiful – the HDK-97ARRI was the gem of the show.”