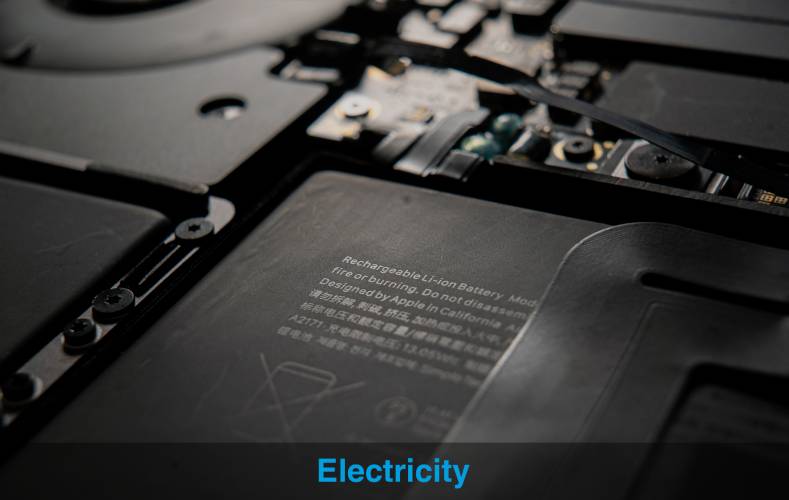 There are two main types of lithium battery, the Lithium Ion (Li) battery and the Lithium Iron Phosphate LiFePO 4 (LFE) battery. Of the two, the Li battery has the higher performance that goes with the poorer safety record and increased environmental impact.

When compared to earlier battery types, such as lead acid or nickel metal hydride, both lithium technologies are effortlessly superior in terms of energy capacity per unit weight, possible number of charge/discharge cycles, internal impedance, rate of self-discharge and so on. For powering cameras, field recorders, portable sound mixers and laptop computers, there's no contest.

Lithium batteries have low internal impedance, which is great for operating powerful devices, but not so great if one is accidentally shorted out. They tend to have a flatter voltage curve as they discharge, so the voltage when nearly discharged is almost the same as when fully charged. This makes them ideal for powering inverters, which shut down if the battery voltage falls.

Lithium batteries are significantly more sensitive than earlier battery types and can readily be damaged by inappropriate use. For example, the traditional battery assembled from several cells in series is typically charged passing the same current through all the cells. Clearly the cell with the lowest capacity will then over charge whereas Lithium cells are damaged by over charge. Fig.1 shows that the lithium battery must use a balance charger in which each cell is individually connected to the charger so that they are all kept at the same voltage.

Whilst lithium batteries offer large capacity and it is possible to charge them very rapidly, it is less often mentioned that using the full capacity and/or rapid charging shortens their life. 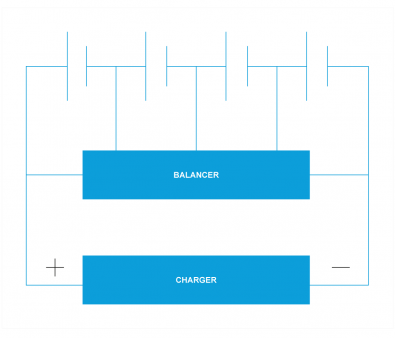 Fig.1 - Lithium cells will be damaged by over charging. A Lithium battery must use a balance charger that monitors the voltage of each cell individually.

Lithium cells give off heat when they are on charge and that puts a limit on the size of a cell that is able to cool itself. There are no large lithium cells and instead large lithium batteries are made from large numbers of small cells, connected in series parallel to obtain the required voltage and current capacity.

The huge numbers in which these cells are made make it impossible to guarantee that every one is perfect and statistics tells us that some won't be. Unfortunately the failure mechanism sometimes involves the release of stored energy as heat. If one cell in a battery self-destructs; the release of heat may damage adjacent cells. Those cells then self-destruct and so on.

Unfortunately when a lithium battery goes up, it is not on fire. Whilst anything inflammable nearby may burn, the energy source itself is not combustion with atmospheric air. This means that traditional approaches to fire fighting, such as automatic sprinklers, taking the heat away with water or starving the fire of oxygen using CO2, halogens or foam simply don't work. That stored energy is coming out and it cannot be stopped. Nor can the generation of toxic gases that require firefighters to use breathing apparatus.

Another disturbing factor is lithium batteries that have self-destructed sometimes stop producing heat before all the energy is dissipated. They can then re-ignite spontaneously, sometimes after a considerable time.

The probability of an individual lithium battery going up is low, but the consequences are such that any user of such batteries, which must include practically every broadcaster, needs to have some plans in place to deal with the problem. The places where batteries are stored and charged need to be looked at to ensure that the batteries are kept a reasonable distance apart from one another on metal surfaces with no inflammable materials nearby.

The best way to deal with a battery that goes up is to get it out of doors so the heat and fumes can dissipate. Could you do that without getting burned?

It is slowly being realized that Lithium batteries need to be treated as hazardous material on account of the stored energy. It is no longer legal to carry lithium batteries as cargo on passenger carrying aircraft. Some apartment buildings have banned electric cars from parking in their basements.

Lithium batteries are also sensitive to physical damage and penetration by sharp objects. One rule that should not be broken is never under any circumstances to throw a lithium battery in the garbage. To say nothing of the pollution caused, if the garbage is compacted, the battery may start a fire.

Lithium batteries may out perform other batteries, but when compared to other portable sources of energy, such as hydrocarbons, lithium technology lags a long way behind. Energy sources can be compared according to the amount of energy per unit volume, the energy density, or per unit of mass, the specific energy.

In mobile applications, it is usually the weight that matters. Unfortunately, when compared to other mobile sources of energy, once appreciable amounts of energy are needed, battery technology turns out to be a dud. Lithium batteries at best can store about 1 Megajoule per Kilogram (MJ/Kg), whereas any hydrocarbon you can think of, from AVGAS through Diesel to LPG, stores a lot more. Natural gas stores fifty times more, Diesel and jet fuel about 45 times more. Even burning cow dung out performs the lithium battery by a factor of about 15.

Specific energy considers only the energy released. If we wanted to heat water, the ratio of specific energies would give us an idea of the relative masses of the energy sources, but if we wanted a supply of electricity, perhaps to power an outside broadcast vehicle, the battery does that directly, whereas the hydrocarbon has to drive a heat engine and a generator. A very efficient generator might convert 40 percent of the energy into electricity, so the weight of the lithium battery might only be twenty times the weight of the hydrocarbon fuel.

That factor of twenty may be a little high or a little low on occasion, but it's a reasonable rule of thumb.

Half of the take-off weight of a jumbo jet for a long-range flight is in fuel. Self evidently the battery powered jumbo jet is a physical impossibility. A typical semi-trailer truck carries a ton of fuel in full tanks. Multiply that by 20 and half the payload has to disappear. The electric semi isn't viable. The cosy green future in which everything is electrically powered is a product of wish thinking.

Worse than that is the use of cobalt in the Li battery. Most of the world's cobalt comes from the Congo, which laughingly styles itself as a democratic republic. Corruption is rife and much of the income is siphoned off before it reaches the miners and used to buy weapons. Much of the mining is done by child labor. Conditions are primitive, safety precautions are negligible and the death rate is frightening.

Everything that we make has what is variously called embedded carbon, a carbon debt or a carbon footprint and it is necessary to estimate that to see how green or otherwise a product is.

This is immensely difficult because it depends on a large number of factors that vary wildly. For example the energy source for a cell factory might be a coal fired power station or a wind farm. This makes it difficult for the honest researcher to find accurate figures and hard to see when figures have been manipulated.

Nevertheless it is clear that the embedded carbon content of a Lithium battery per unit mass is somewhat higher than that of most other products. If the energy capacity of the battery and the number of charge/discharge cycles it can sustain over its lifetime are known, then the carbon debt can be divided by the total amount of energy stored to obtain a figure in grams of carbon per kilowatt-hour.

These figures are not trivial and the conclusion can only be that battery powered devices should only ever be used when powering from a wall socket is not an option.