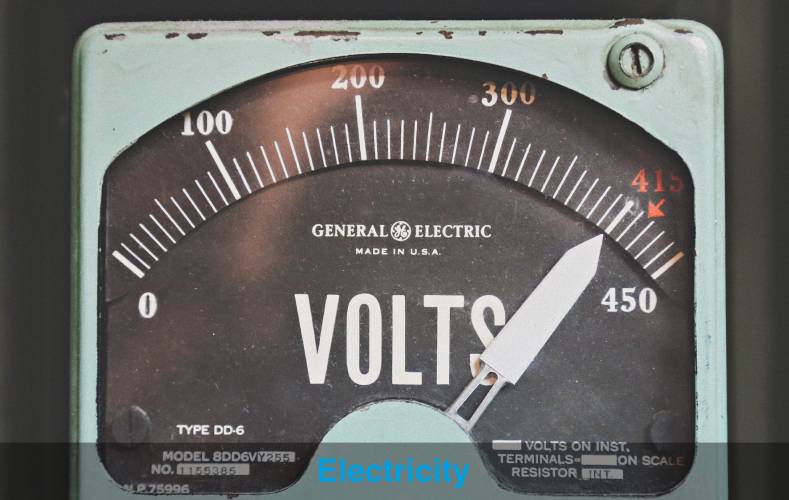 In this new series, John Watkinson looks at all aspects of electricity.

Fundamentally, nobody knows why electricity works, but enough is known to make it useful, very useful indeed. Although the uses are innumerable, they can be subdivided into two categories. In the first, the electricity is primarily a means to deliver power from one place to another, whereas in the second the electrical signal is carrying information and the actual power used is incidental.

I have never been able to decide where electricity stops and electronics starts and the two terms must involve considerable overlap. There is another overlap with magnetism that is of similar importance. In truth electricity cannot be understood without considering magnetism and electronics.

Broadcasting, of course, uses electricity in both ways. The traditional broadcast transmitter not only carries information but also does so using considerable power, of which a vanishing amount arrives at each of many receivers.

It s all very well to talk about electrons and to try to explain how they have a charge, but that just kicks the can down the road because we then have to explain what a charge is. It can't be explained, but we can say what charges do, which is to repel one another if they are the same or to attract one another if opposite. Opposite in what respect? A good question.

It was imagined quite early that charge could be gathered in one place and called static electricity, the sort that results from stroking dry cats and that zaps unprotected electronic components, or it could flow in a circuit in a manner analogous to the current in a river. It was found that different substances behave quite differently in the presence of electricity. Some seem essentially to prevent any flow of charge and we call them insulators. Others allow a flow of charge and we call them conductors. Good conductors are found in a certain place in the periodic table of the elements and are called metals.

One of the great advantages of electricity is that using relatively common materials we can arrange a conductor to guide a current where we want it to go and an insulator to prevent it from going where we don't want it. This is luxury.

The concept of electricity flowing like a current was arrived at in the imagination before the nature of the flow was understood. It's difficult because electricity cannot be seen. It was made somewhat visible using the magnetic effects of current. Current was defined by its ability to create a magnetic field. The reference direction is the Earth's own magnetism. Current flowing in a coil, known as a solenoid, would produce a North pole on one end and a South pole on the other. 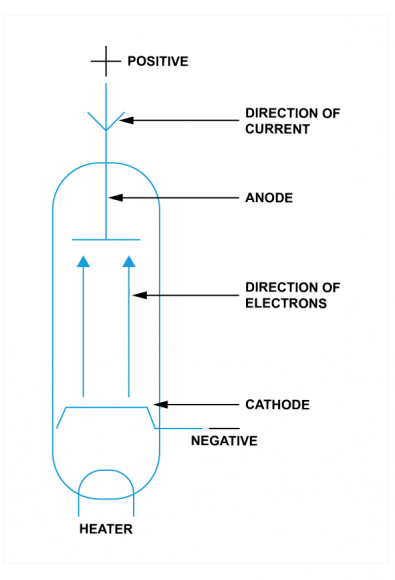 Fig.1 - Researchers guessed wrong about the direction of current flow and the electron was discovered after voltage and current were defined. As the electron was found to go the opposite way to the current, it then had to have a negative charge. Here the cathode of a vacuum tube emits electrons, which travel to the anode. conventional current flows the other way, from positive to negative.

Current was found to require a potential difference to make it flow and terms such as positive and negative were defined such that the current went from the former to the latter. It was only much later that the charges carrying the current were found in reality to go the other way. There was a fifty-fifty chance of guessing the correct direction, and the guess was wrong, so the electron, when it was discovered, had to have a negative charge to allow current to go in the standard direction.

This is summarized in Fig.1. The current in the circuit is flowing from positive to negative, but the vacuum tube shown is conducting by emitting electrons from its cathode that are attracted to the anode and therefore travel the opposite way to the current.

Electricity relies completely on electrons, which are absolutely identical and have the same negative charge. Clearly a negative charge can be built up by collecting electrons together, but how can a positive charge exist? Simply by arranging a shortage of electrons, so the item concerned is not as negative as before. Electrons are everywhere and most of them are bound up in elements. Electricity works on the small percentage remaining free.

The units work very simply. A potential difference of one volt will cause a current of one amp to flow through a resistance of one ohm. In doing so, one watt of power will be dissipated. The unit is named after James Watt, who was English.

As resistance dissipates power, the same amount of power must be put in to the circuit to allow the current to continue. The same electrons go round and round like the links of a bicycle chain or the hydraulic fluid in a backhoe, or the water in a river that evaporates from the sea and falls again as rain.

It is fundamental to appreciate that electricity is not a power source; it is not a fuel and it is not used up. Instead it is a means to deliver power that has come from elsewhere. In due course we will consider sources of electrical power and in these modern times such a subject cannot be raised without considering the environmental impact.

The advantage of electricity over systems such as belts, chains and drive shafts is that the power can be delivered over long distances. At the point of delivery, the use of flexible wiring gives the appliance mobility that would be hard to achieve with a mechanical solution.

All conductors have resistance, and some power must be wasted in the resistance of the conductors leading to the load. Fig.2 shows two ways of delivering the same power. As the power is the product of current and voltage, the same power can be delivered using any combination. Fig.2a) shows the use of a low voltage and a high current and Fig.2b) shows the opposite. It is clear that the greatest efficiency is obtained using a high voltage to minimize the current.

Efficient transmission over distance requires voltages that would be too high to be useful or safe at the point of delivery. The solution is that the voltage is stepped up at the source and stepped down again near to the load.

Until recently, there was only one way of doing that, which was to use a transformer. An invention of Michael Faraday, the transformer works by converting electricity to magnetism and back again. The latter can only work if the magnetism constantly changes, which is why electrical transmission systems developed to use alternating current (AC).

The entire electrical energy carried in a half-cycle must be stored magnetically in the transformer core, so the lower the frequency of the AC, the heavier the transformer must be. On the other hand, the higher the frequency, the higher are the losses due to eddy currents and a so a compromise is needed. For traction purposes, 24Hz AC was once common, whereas 50 or 60Hz was used for general purposes. Where low weight was important, as in airplanes, 400Hz would be used.

50 and 60Hz were chosen for electromagnetic efficiency reasons. Those frequencies were simply adopted without question as picture rates when television was developed. The whole of TV broadcasting relies on picture rates that have no basis in psycho-optics when plenty of reasons exist to suggest higher rates would improve matters.

Apart from being able to use transformers, alternating current has other advantages. Twice in the cycle, the voltage falls to zero, so it is slightly easier to interrupt an AC current because any arcing at the contacts tends to be halted or reduced at the zero crossing.

The insulation must be designed to withstand the peak voltage of an alternating supply, yet that voltage is only present for a small part of the cycle. In transmission lines suspended from pylons most of the insulation is air, but when transmission has to be below ground or under water, the wiring must be insulated and the same power can be delivered with less insulation using DC. By a similar argument, the constant current of the DC system makes full use of the conductors.