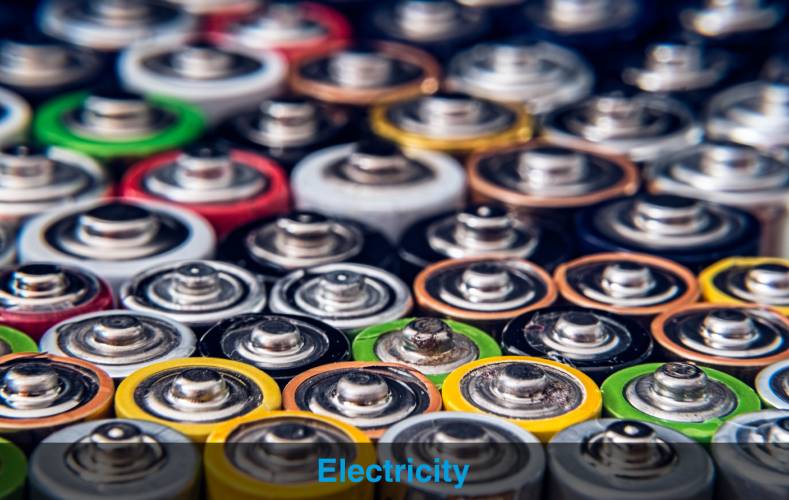 The sole advantage of the battery as a source of power is portability. Along with that advantage come a number of disadvantages involving economic, practical environmental and safety concerns and in this and future pieces we will need to look at all of those to see a fair picture.

In the post-industrial age, we find that essentially all of the phenomena discovered by science have been explored and gradually pushed to their physical limits, which implies diminishing returns. The common assumption that battery performance will go on increasing as it did in the past is probably not correct.

Although improved manufacturing techniques may reduce the cost of batteries in the future, it is hard to see how their serious environmental impact can be mitigated.

A battery is a noun describing a collection of similar items, such as a battery of guns or chickens. The ubiquitous 12 Volt battery found in most cars contains six cells of nominally 2 Volts each. The individual voltage source is a cell. The cylindrical AA voltage source that is widely available is not a battery; on its own it is a cell but it can become part of a battery by assembling it with other cells. A lot of people use the words interchangeably.

The action of cells is chemical and the chemistry involved is very close to the chemistries of corrosion, electroplating, the electrolytic capacitor and the supercapacitor. The fuel cell is also related.

It all begins with the properties of metals, which conduct electricity and heat well. They do so because they have free electrons. The extent of the freedom varies from one element to another and this factor is listed in the so-called galvanic series.

The further apart two elements are in the galvanic series, the more likely they are to corrode and the higher the voltage they will produce in a primary cell. Water, and especially seawater, forms an excellent electrolyte. Small boat owners know that any item assembled using the wrong combination of materials will fall apart from corrosion in no time.

There is a grade of stainless steel that is almost indistinguishable from lead in the galvanic series. That's what is, or should be, used to hold the keel onto a yacht.

Owing to the primary battery and corrosion sharing the same physics, corrosion can also be prevented using electrical power. Some of the classic bridges on highway 101 in Oregon are protected in this way. They have been sprayed with zinc and the bridge is literally plugged in to a DC power supply that opposes the electrochemical potentials.

Cells can be divided into two classes, primary cells, which cannot be recharged and which release electrical energy by the depletion of their internal chemicals, and secondary cells, in which the chemistry is reversible and externally provided energy can be stored for later use.

Primary cells are single use goods and as such are usually uneconomic and environmentally harmful. They may be used as miniature power sources in wristwatches and key fobs. In many applications a rechargeable equivalent exists and is to be preferred. Most primary cells have a nominal voltage of 1.5V. Four of them in series offer 6V.

Cells are also responsible for damaging equipment when they are left for long periods. They leak all kinds of chemicals that corrode the contacts of the battery holder. Users soon learn to remove batteries when portable items are out of service. Much broadcast equipment is wisely designed so the battery assembly is external and can rapidly be detached. A fresh battery can quickly be substituted for an exhausted one, and the valuable equipment can be stored without the battery.

The first practical rechargeable cell was the lead acid type. With a nominal voltage of 2V per cell, six series cells are assembled to produce the common 12V battery. The first lead acid batteries evolved hydrogen and oxygen when under charge and needed ventilation if the risk of explosion was to be avoided. The electrolyte would need to be topped up with distilled water.

After years of development lead acid batteries are now a mature technology and most are sealed and need no maintenance. They come in various types, optimized for different roles. The car battery is optimized to provide a high current infrequently for engine starting and to spend the rest of its life fully charged. Such batteries are not ideal for broadcast applications or in off-grid houses, caravans and electric buggies as all of these require the battery to give up a significant proportion of total charge when in use. Deep cycle batteries are needed for these applications.

Much broadcast equipment is AC powered. In order to have a mobile solution, it is often thought that all that is needed is an invertor to provide AC from a battery. It's usually not as simple as that. AC power is incredibly cheap and there has traditionally been little incentive to minimize power consumption. When using batteries, the inefficiency raises the size, cost and weight of the system.

Better results will be obtained when the technical equipment is designed from the outset to be power-efficient, especially if modern power supply technology is used so that the equipment can run directly from a battery, bypassing the inefficiency of the invertor.

An inverter producing 1 kilowatt of AC doesn't sound like a lot, but that requires 83A from an ideal 12V supply assuming a lossless inverter. In practice the inverter dissipates some heat and the battery voltage will fall, requiring the current to rise to something like 100A. That may be fine if the battery is fully charged, but the situation can arise where the battery is partially charged and indeed contains enough energy to do the job, but the load of the invertor drops the terminal voltage too far and the inverter trips out. In other words the energy is there, but you can't get at it.

Lead acid batteries have significant internal impedance and when heavy currents are drawn, the terminal voltage falls. It also falls significantly as the charge is used up. Not only that but the effective capacity of the battery falls when high currents are drawn. This was quantified by Peukert as early as 1897. When used with inverters, to produce 110 or 230V AC power in mobile applications, the battery has to be significantly over specified, typically by a factor of two.

In some cases, the performance of a lead acid battery can be improved by connecting it in parallel with a supercapacitor. The supercapacitor will charge to the same voltage as the battery, but when a load is applied the output impedance will initially appear to be much lower. This may allow a smaller and lighter battery to be used.

Lead acid technology is inevitably heavy and the first rechargeable alternative was the nickel-cadmium cell, which had a nominal voltage of 1.2 Volts. Ten cells in series would offer a nominal 12V, which helped compatibility. Nickel Cadmium technology offers a weight reduction compared to lead, and the voltage doesn't fall so much as the charge is used up.

The undesirability of having cadmium in the environment and the development of the Nickel Metal Hydride cell, having greater capacity, has rendered the Nickel Cadmium cell obsolete, but NiMH cells are interchangeable with NiCd, so there isn't a problem.

By definition, batteries are assembled from a number of cells connected in series to obtain the desired output voltage. This means that when charging, the same charge current must flow through every cell. In practice the cells will never be identical and their capacity will vary. The solution to that depends upon the cell technology involved. Lead acid batteries are tolerant to overcharging, so by overcharging the entire battery, every cell is guaranteed to receive a full charge.

The same approach is used with NiCd and NiMH cells, except that when fully charged, these cells convert surplus charge to heat. There are then two approaches to charging. The first is to use a low charging current that will not cause excessive heating in the over-charging phase. The second is to incorporate temperature sensing in the charging system so the charge current can initially be higher and then be reduced as the cell temperature rises.

More recent battery technologies cannot be charged in this way and the next part of this series will consider that.

The increased capacity of NiCd, NiMH and later battery technologies allowed the battery to become physically smaller in a lot of applications. The temptation was then to put spare batteries in the pockets of clothing. This is not a good idea, as pockets also contain coins, keyrings and so on. These can inadvertently short out the battery, which then sets fire to the clothing. Quite apart from the health hazard, having your pants on fire may also cause onlookers to think you are a politician.