It’s traditional for film and TV technical journalists to play soothsayer in the run-up to major industry events. With NAB and Cine Gear virtual this year and the world’s manufacturers having enjoyed an unprecedented stretch of downtime to hatch their next technological plots, the temptation to speculate has never been greater.

First, though, a reality check: most tech writers don’t actually have access to that much more information than the general public – less, sometimes, on the basis we might actually publish it – but it’s always been fun to guess, and probably even more fun to then poke holes in the predictions with the benefit of hindsight.

For the last few years there have been some very influential factors at play, and not just the pandemic. Even in early 2020, the golden age of high-end television was already surging toward its peak, making careers and paying mortgages in the world’s production centres and keeping high-end equipment in the top spot. Almost simultaneously, the era of user-generated content was making YouTube into arguably the largest and most influential content distributor ever. Certainly all of those things had been building up for a decade or more, so really, coronavirus did nothing more than put the polish on a video-on-demand revolution that was already the gorilla of the industry. 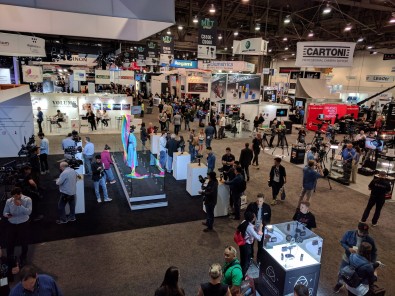 What that does to the technology, and thus to the subject of trade shows, is complicated. Video on demand now occupies both the most and least expensive areas of production work: single-camera serial drama at one end, and YouTubers producing ten-minute short documentaries about bricklaying at the other. That might be expected to provoke a flurry of development in Arri and Sony’s world of high-end television and cinema acquisition, and Blackmagic and… well, Sony’s world of shockingly capable equipment in, and below, the middle price bracket.

And it has. At the high end, huge successes have been made with huge-sensor cameras like Canon’s C700, Alexa LF, the Sony Venice and all of the optical and postproduction chicanery that goes to support them. The best lenses – with sets approaching the value of a house in a nice part of the world – quite literally can’t be made fast enough, with lengthy waiting lists for the most desirable types and rental shelves perpetually empty. Even the most primitive pieces of legacy glass are being rehabilitated on the basis of their glittering production histories, expensively rebuilt into modern housings, and resold for more than brand-new, technically much cleaner designs. There seems to be no end to the appetite for it.

There’s no great mystery as to what’s likely to happen here – the demand is for more, better, bigger, even if it fits in a smaller box, as with Alexa LF Mini. If there’s likely to be any great change in the tools of cinema DPs, we might expect to see some recognition of just how convenient the capabilities of the indie filmmaker have become. In many cases, student films now have a lot of capabilities which are at least analogous to the nine-figure event movies – think of an LF Mini on an Arri SRH-3, and then think of any one of a number of smaller, lighter, handier gimbals that’ll do an amazingly competitive job with the Panasonic S1H. 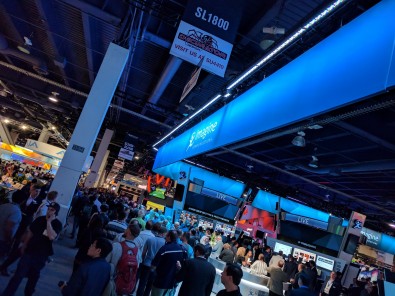 But it isn’t just size and weight. The high end is also increasingly being exposed to very usable implementations of things that were previously anathema, such as competent autofocus, to which DSLR enthusiasts have had access for a while. If we combine a Canon EOS R5 and a the recently-released Atomos Ninja V+, we have a full-frame, 8K-resolution, lightweight and inexpensive camera system which can easily mount a wide variety of lenses. There’s only so long that an overburdened crew on a busy OTT drama can look at that and not want it, at least for special occasions.

Perhaps one day soon someone will win what we might call the first OTT television war, and, almost certainly, the post-pandemic production boom is a blip. Things may change fast. Still, for the time being, single camera drama equipment has little reason not to double down on what it’s been doing for a while.

Neither, frankly, has the low-cost world of user-generated content creation, or, in the short form, YouTube. It’s a broad church, ranging from a webcam in the bedroom up to techniques and equipment indistinguishable from broadcast. Crucially, the back-bedroom hopeful is the bigger market, especially in circumstances where getting a start in social media content demands a lot of very speculative production effort long before there’s even a hint of success. It’s so huge it’s become a consumer market, although those consumers might overlook NAB and regard Cine Gear as a shambling relic of the old media world - if they’d ever heard of Cine Gear.

The best of online content, of course, is made up of people who do recognise what the old media has to offer the new, but most manufacturers are likely to have realised that the place to advertise social media production gear is on social media. That doesn’t mean that they don’t show up at trade shows. Accessory manufacturers which made their names building five-figure equipment seem more than happy to service the smaller-spending but more numerous denizens of the internet – the Steadicam brand springs to mind. Still, any filmmaking product available on Aliexpress is probably being made by a company which prioritises its online presence over sitting behind a portable desk at a conference centre. 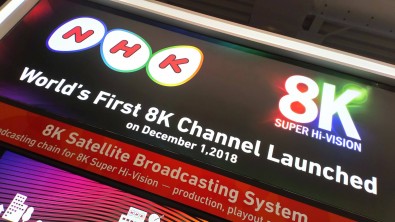 That does mean that they’re not beholden to the trade show cycle, so it’s hard to predict anything other than more, smaller, and cheaper, although for the purposes of most YouTubers, so much is available for so little that a degree of market saturation has been endemic for years.

The big question is where this leaves the mid range, or at least what we could call the mid range in terms of budget – conventional, everyday broadcast TV, which is still the vast majority of what actually ends up being transmitted. After a period of comparative stability from the mid to late twentieth century, the technology has moved from standard definition, though high definition, and now 4K, and the recent interest in 8K broadcasting makes it fairly easy to predict what the next big thing might be – or at least, what the manufacturers would like the next big thing to be.

What’s notable about broadcast work in 2021 is that while the technology may have changed, the way in which it’s organised and sold really hasn’t, not for decades, at least nothing like the way drama and user-generated stuff has changed things. The relatively stable desires of broadcast are reflected in the attempts of companies like Sony, with its UHC-8300 camera, and Canon, which has recently added a 10x16 portable zoom to its 8K lens range, to give operators more or less the same experience at 8K that they’d have had at lower resolutions. Camera sensor sizes have increased in order to achieve reasonable sensitivity, dynamic range and noise performance at such a high resolution; after all, 2/3” cameras were a struggle even at 4K for years. The bigger chip inevitably affects the required focal lengths, with attendant changes to focus behaviour demanding slightly more from the operator. 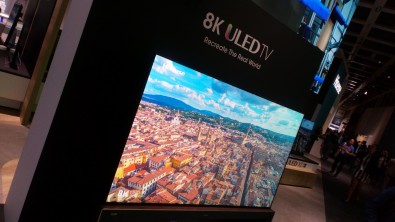 Broadcast cameras, especially for live production, naturally exist in an extensive ecosystem, and as such a huge amount of ancillary equipment has emerged and will probably continue to emerge. In the end, if we want 8K broadcasts, we need 8K production switchers, graphics generators, recorders and everything else that goes in a truck or studio gallery. The question, of course, is whether we do want 8K broadcasts. Television manufacturers would prefer we did, as would the studio equipment manufacturers, but whether there’s a consumer demand for yet more pixels remains to be seen, and this is probably the most uncertain prospect in mid-2021.

Even if there is, the strategic issue facing broadcast TV production at the moment, at least in terms of its technology, is that the internet-delivery revolution has really passed it almost completely by; the stability of what it does and how it’s organised might well be seen as making it difficult for conventional broadcast TV creators to pivot toward the lucrative online world. That doesn’t stop the new media stealing audience share, of course. The upshot is that even if the broadcast audience does want 8K live production, it’s not very clear how it might be paid for outside the context of pay-per-view sports. 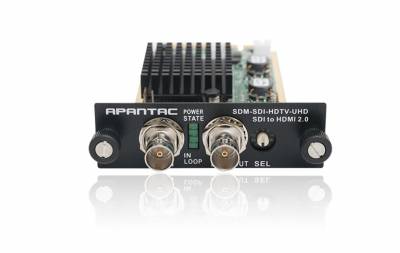 Throughout this article we will discuss how taking advantage of SDM interfaces based on the Intel Smart Display Module (SDM) platform can transform the way display and video wall design and installations are approached.