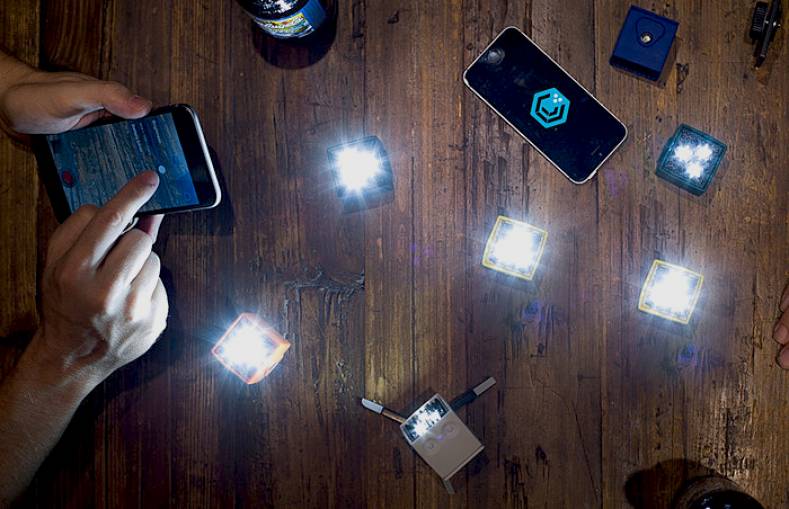 The Lume Cube claims to be the world's first 1,500 Lumen external flash & video light for your GoPro Hero, iPhone and Android Smartphones.

The miniaturization of high-quality portable video began about six years ago with the arrival of video capability in DSLR cameras. However, for those who want to do precision lighting in the field, change has come more slowly.

As iPhones and GoPro-type action cameras have joined the mobility line-up, a complete video package can now be carried in a single shoulder-bag. However, for most professionals, just being small doesn't equal being sufficient.

Improvements in LEDs and wireless technologies have ushered in a new generation of tiny lighting fixtures that offers a superior level of wireless control in lighting. Some LED fixtures are almost pocket-sized and use internal rechargeable batteries — freeing the crew from the restraints of AC power. Videographers can now precisely control lighting on an iPhone with some models, without the associated heavy stands, electrical cords, power strips and other support gear. 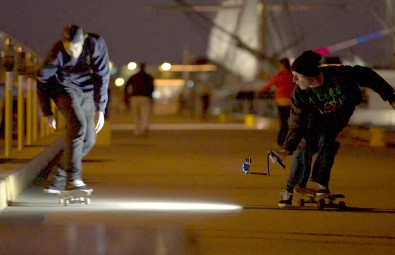 Even the lowest priced LEDs, for light-emitting diode, use a two-lead semiconductor light source. When an appropriate voltage is applied to the leads, electrons are able to recombine with electron “holes” within the device, releasing energy in the form of photons. This effect is called electroluminescence, and the color of the light is determined by the specific energy band gap of the semiconductor.

There are literally dozens of brands and manufacturers of tiny light kits, many quite low in cost. B&H Photo and Video in New York City, a major video supplier, sells more than 30 brands of LED light kits — ranging in a wide variety of price and quality.

On the low-cost end, a popular two light kit is Besco’s LED-95DK2 for $199. It features two 105 watt, 410 lumen LED dimmable daylight-balanced fixtures. The lights run on either AA batteries or AC power and come with light-weight floor stands. Users say the light is uniform for video interviews, but the quality of the manufacture is not particularly high.

Other very low-cost LED alternatives are from Flashpoint, Adorama’s house brand. For example, the Flashpoint 160 is a 160 LED video light that can be mounted directly to the top of a DSLR. At $50, the 160 provides flexible power options, allowing the use of either AA or rechargeable video batteries from a wide selection of manufacturers via insert. Features include variable output control amber, diffuser and light green. 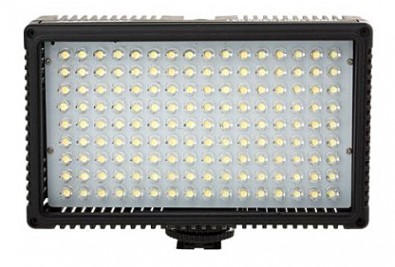 The Flashpoint VariAngle 198 provides a variable angle beam from a 25 degree spot to a standard 60 degree spread, making it a highly versatile LED system.

Two interchangeable color panels give instantaneous control between 3200K-5600K temperatures. Power options use almost any capacity industry standard Sony type lithium battery cells and can be run off universally available AA batteries as well. It offers a clear digital battery power level verification for the ever vigilant. Brightness levels are controlled by step-less control dials on the rear to assure flicker free shooting. 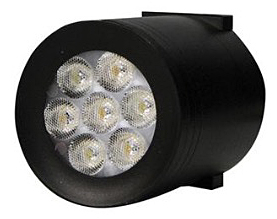 This Switronix LED system is dimmable and complete with internal battery and on-camera mount.

Moving up in price is the Switronix multifunction dimmable LED on-camera light with integrated lithium battery. It is adjustable from 3200K to 5600K. The five-watt fixture puts out 1510 lux and weighs .57 of a pound. The price is $229.

In the middle cost range, Lowel's Blender three LED light kit has three stands, a carry bag and works at color temperatures ranging from 3,000 to 5,000K. Each fixture weighs only 1.2 pounds. The kit price is $1,379. 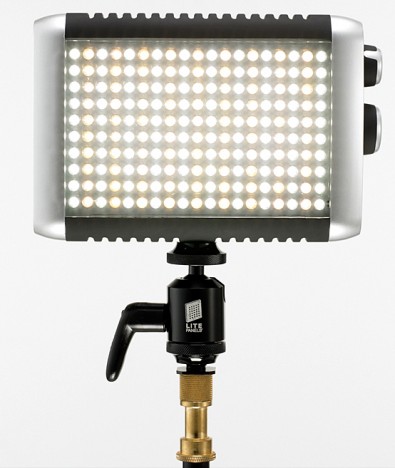 Based around the variable color temperature Litepanels Croma, the Croma Flight LED kit is compact and comes with a wealth of power and mounting options.

Litepanelsoffers a three Croma Flight LED kit, with a complete range of accessories. It includes small stands, variable color temperature and dimming for both AC and DC power operation. The compact kit is priced at $2,025.

Moving higher up the cost ladder is the Arri LoCaster LED panel double kit. The fixtures weigh only two pounds each, have variable color temperature LEDs and are continuously dimmable. The price is $2,544.95.

Perhaps most interesting in the small LED space is the latest generation of even smaller and more portable fixtures. One example is the Kick Pocket Sized Lighting Studio from Rift Labs. The 5.3 ounce Kick fixture is a 40-watt equivalent light at 5400K and is adjustable from 2500 to 10,000K color temperature. It can wirelessly adjust to any color the user desires without filters or gels from an iPhone. 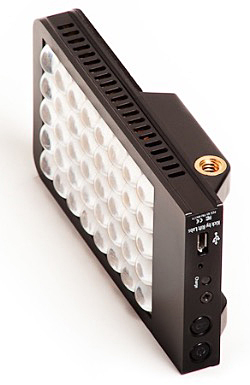 A key benefit of the Kick Pocket Lighting Studio is that the light color can be wirelessly adjusted to any color via iPhone.

The Kick lights can be joined together via Wi-Fi and remote-controlled from an iOS application. Features also include animated lighting effects via remote. These include effects like flickering candles, lightning storms and any effect the user chooses from a library. The Kick fixture has an internal rechargeable battery, is charged via a USB 2.0 port and can run one hour and 15 minutes on continuous full power. Each Kick light is $175. 55.

The Rift Labs Kick light began as a Kickstarter project and is now a full blown manufacturer. A competitor, Lume Cube, is doing the same with a current Kickstarter campaign.

The Lume Cube is even smaller than the Kick light and can be used for both video and photographic applications, with a specialty for low light applications. The cube measures only 1.5 inches and uses three LEDs to generate up to 1500 lumens. Its silicone shell is water resistant and a 1/4-inch thread makes it mountable on a tripod or other camera support. It can also be attached to most surfaces magnetically or using a suction-cup. 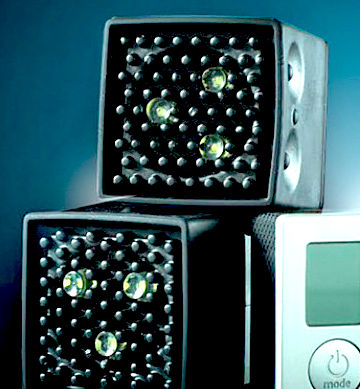 The low cost Lume Cube is a versatile LED system that can be both a flash or video light. Individual units can be slaved and are controlled via Android or iOS apps

The Lume Cube is controlled via an Android or iOS smartphone app and also works with GoPro Hero action cams as a flash or video light. Control of up to five units can be synced and controlled individually using the app. An optical sensor allows for use as a slave flash. Lume Cube promises a battery life of approximately two hours, and a full charge via USB takes one hour.

The Lume Cube is currently in prototype status and its makers —Think-Eleven, a San Diego-based business development and consulting agency and IC12, an electronics and product design firm, have launched an already successful Kickstarter campaign.

The campaign runs through Dec. 18. On Kickstarter, a single light is available for a $59 pledge, a dual kit costs $99 and a quad kit costs $249. The cubes will be delivered next February. After the campaign closes, the lights will be sold through www.lumecube.com.

“As avid photographer’s first, we noticed a fundamental problem with the small sensors in smartphones and GoPro cameras. We realized there was not a versatile, portable, power packing light in the market to solve this problem until Lume Cube,” said Nathan Oxley, managing director of IC12. “We are confident that Lume Cube will be a huge hit with photographers of all skill levels.”

As LED fixtures get smaller and lighter, their professional use, accessories and carry options are also changing. Mounts, barndoors, softboxes, gel frames and umbrellas are also shrinking fast. Light kits with all accessories are moving from heavy cases to very capable lights in almost weightless rigs.