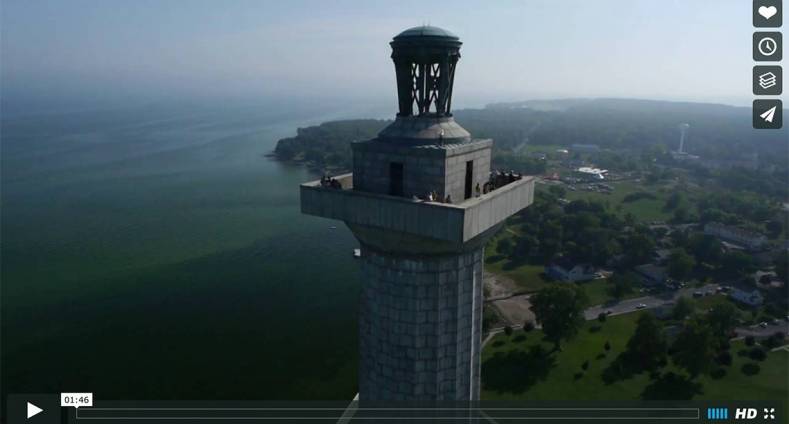 Laws are different in different countries and I can’t possibly know all the legislation, so what I have to say here should not be taken as a final word on anything. The purpose of this article is to alert the reader to what he or she will need to find out before operating a drone.

First of all, regulations are continually being updated so be sure you have a reliable source of information on changing rules. Most countries expect their citizens to know the law and ignorance of the law is not accepted as a defence. You’ve been warned.

Whilst low-cost consumer and commercial drones are fairly new, it might be sobering to consider how much existing legislation already applies. In many cases legislation lags behind new technology and it takes a few tragedies for new legislation to be applied. This is not the case with drones. The relevant aviation authorities are rightly wise to the potential and actual hazards posed by drones and guidelines for safe operation have been established. Web sites operated by the FAA and CAA are useful and should be consulted. 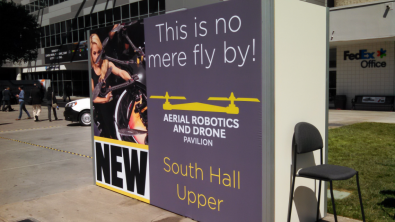 Aviation authorities are primarily concerned with safety. An out-of-control or irresponsibly operated drone could compromise the safety of manned aircraft or people on the ground. Security agencies rightly worry that drones carrying other than cameras could be used for malicious purposes. There are other issues on top of that. One of them is nuisance, because drones can make a noise. The other is violation of privacy, because many drones are fitted with cameras. Finally there is the question of liability. In the event that something goes wrong, commercial drone operators should carry insurance. It’s mandatory in the UK. If the relevant regulations are not met the insurance cover could be voided.

Let’s say you are a TV station and your employees are using a drone to shoot TV pictures that will be sold or broadcast. I would say that turns the location into a workplace, where employees are entitled to protection from hazardous machinery. Those exposed blades form an unprotected hazard and if they cut somebody the resultant Health and Safety litigation is going to spoil your day.

Drones come in all costs, shapes and sizes, but there seems to be a good deal of agreement between aviation authorities in the UK and USA on at least a few basics, like what a drone is. Many people think of a drone as a gadget with a spinning rotor at each corner, but the law doesn’t think that way. The legal definition of a drone is that it’s an unmanned aerial device. The fundamental criterion is that there’s nobody on board, so by definition it’s remotely piloted.

That means the flight technology is irrelevant, so by definition a radio controlled model airplane or helicopter is also classified as a drone. It doesn’t matter whether it’s powered by lithium batteries, hydrocarbons or twisted rubber, or whether the lift comes from wings, rotors or a helium-filled envelope.

Model aircraft flew before man-carrying flight was possible, so there’s been plenty of time to establish what is and isn’t safe. Model aviation actually has an excellent safety record and responsible model plane builders look upon the growth of the consumer drone market with as much apprehension as do pilots of full-size planes and bona-fide operators of commercial drones. 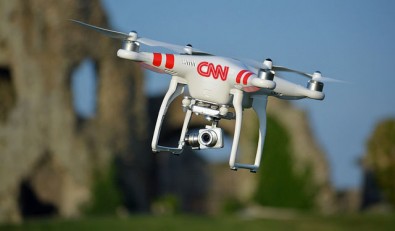 The way the law works in the UK and USA is that the relevant bodies have authority over anything man-made that flies. The law protects third parties from the use of aerial devices and vice versa. This means it’s just as much against the law to put someone at risk by operating an aerial device as it is for someone to attempt to harm such a device. So it’s illegal to try to bring down a drone or a model airplane by any means, including the use of weapons, radio jamming or distracting the operator.

The extent to which aviation regulations apply to unmanned aerial devices depends on three factors. One is the weight of the device concerned, the second is whether it has a camera or not, the third is the use to which it is being put. In the USA if it weighs more than 250gm (0.55 pounds) but less than 25Kg (55 pounds) in flying condition, then it has to be registered with the FAA and it must carry the registration number.

In the UK, drones don’t need to be registered and the upper limit is 20Kg, but the regulations change at 7Kg and commercial operators need CAA permission. Clearly readers of this article will not be interested in drones not having a camera and it’s unlikely that any TV application would reach the upper weight limit. The usage distinction made by the authorities is whether the drone is being flown for amusement, or whether it is being used commercially, ultimately for profit.

Subject to privacy regulations and guidelines, it’s perfectly legitimate for someone to take pictures or video recordings from a drone for their own amusement. Once the drone is being used as part of a money-making enterprise, the regulations become much more onerous. The CAA rather euphemistically call it “valuable consideration”. Bona-fide research is not classified as money-making.

Drones used commercially can only be flown by operators who can demonstrate appropriate qualifications and experience of controlling the proposed device. There is some flexibility in the requirement and cases may be assessed individually. Certainly piloting experience of manned aircraft would be a big help since this means knowledge of air law and air safety has already been tested. Experience of model flying as assessed by bodies such as the British Model Flying Association (BMFA) or the Academy of Model Aeronautics (AMA) may also be taken into account. 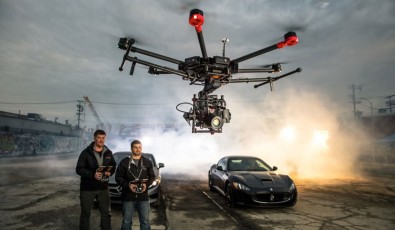 Typically manned airplanes are not allowed to fly under 500 feet, so regulations limiting drone operation to 400 feet are intended to provide 100 ft of vertical separation between drones and manned airplanes. However, airplanes clearly have to fly below 500 feet in order to take off and land and in addition there are plenty of legitimate uses of airplanes and helicopters that require flight near the ground. Crop spraying, fire fighting, flying cranes, medical emergencies and military training are but a few examples. Common sense, that rarest of things, and regulations both forbid drone flying in the vicinity of airports and of low-flying aircraft operations. Commercial drone operation in the vicinity of an airport requires permission.

Visual contact is also required with the drone at all times. The CAA suggest 500 metres as a limit and point out that the range at which visual contact is effective is a function of the size. There is a class of model planes that are intended to be flown using a forward facing camera that shows the operator on the ground an effective view from the cockpit. These are called First Person Video (FPV) planes. Whilst they can be flown out of visual contact, it’s not safe or legal unless there is an approved collision avoidance system, which FPV models don’t have.

There may also be local restrictions. For example US National Parks have banned drone flying after some incidents. The message is clear: incidents lead to bans.

The regulations about flying in the vicinity of people are also quite strong. Regulations place people in two classes, innocent bystanders, who cannot be assumed to have any skills, and those under control of the operator. In the case of TV filming those under control of the operator are those involved in the project, and include those being filmed, who must have been informed of the risks and agreed to them. Flying directly over people is asking for trouble and scenes that appear to involve flying over a crowd are an illusion. In fact the drone is flying over empty ground, and filming the crowd at an angle.

Whilst commercial drone operators have achieved a good safety record, failures are possible and it is as well to know what to do if a drone loses control and comes at you. The answer is to use both forearms to cover your face and protect your eyes.

At the time of writing, the use of drones in television is relatively new and that novelty factor is still powerful. Producers have the idea that incorporating aerial footage will make their program stand out from the crowd. But what happens when every TV program contains drone footage? Some of us are old enough to remember the introduction of the DVE that allowed the TV picture to be flipped and tumbled on the screen for the first time. Producers figured that being able to do that would make their program stand out, so they got a DVE. But before long everyone had a DVE and the effects didn’t stand out any more. Instead we were all getting dizzy from watching pictures that couldn’t stay still and the overdose of effects began to diminish.

Perhaps we will see the same happen with drone footage. Meteoric growth followed by saturation and boredom. We can but hope the boredom will not be shattered by tragedy.

Editor note: John Watkinson has written two additional articles on the science and piloting of drones. Their titles and links are shown below.