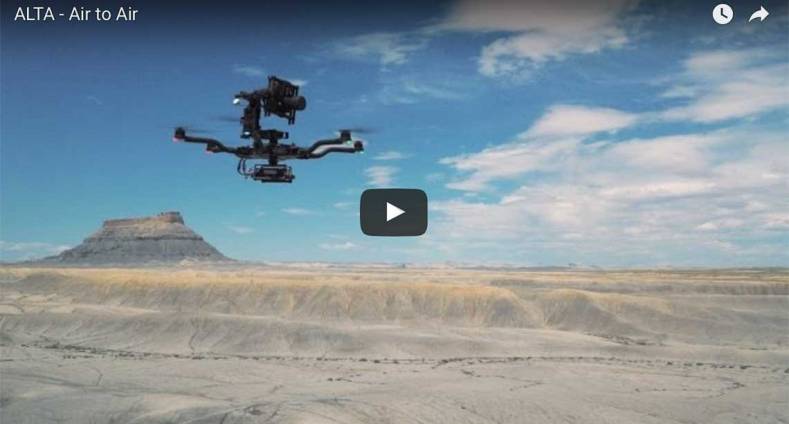 Anyone can buy and fly a UAV-drone. All the exhibits at this year’s NAB show made that obvious. What was typically glossed over were the finer points of the flight science that makes them work—and why drones can make a less-than-perfect camera platform. Helicopter and UAV pilot John Watkinson reviews some of the science that makes drones both easy—and risky to fly.

The UAV is growing in popularity and prices are falling. The problem is that these devices are capable of doing harm and it is appropriate to achieve some kind of balance between the benefits and the hazards. We all fly on airliners in the knowledge that some crash, but the probability that ours will is remarkably low. This is achieved by a remarkable combination of equipment design, intelligent procedures and a high standard of personnel training, backed by a legal framework. The same cannot be said for drones. The legal situation regarding drone use varies from day to day and from country to country, so it is probably better at this stage to consider the characteristics of a drone so that the risks become obvious.

The present generation of drones all operate on much the same principles and came about for much the same reasons, which are simplicity and economy, reasons that often don’t sit well with safety. The conventional helicopter, except for the smallest toys, runs the rotor at constant speed and alters the lift by changing the angle of all of the blades in the same way: the so-called collective pitch. Manoeuvres are achieved by directing the rotor thrust forward, backward or sideways. This is achieved by cyclically changing the angle of the blades as they rotate. All of this means the rotor head is a complex piece of engineering, allowing the blade angles to change whilst at the same time resisting the fearsome pull due to rotation.

It’s a common misconception that helicopters crash if the engine quits. A moment’s thought would suggest they wouldn’t be allowed to fly if they did. They don’t crash; instead the pilot twists the blade pitch down and the rotor keeps turning, powered by the descent. I used to practice engine-less landings for fun, and in case it happened for real.

Arthur Young, who designed the iconic Bell 47 helicopter of Whirlybirds and MASH fame, was told by Larry Bell that he wanted to see a power-off landing before he would invest. Young’s model helicopter came down without power and without breaking an egg that had formed the payload. The rest is history.

The lack of redundancy

Drones are not like that. They don’t have rotors and they can’t vary their blade pitch. Instead, for simplicity and low cost, they use fixed pitch airscrews, so they have no autorotation ability whatsoever. They must land before the battery charge runs out or they will crash. Not being able to change blade pitch, they have several airscrews and are controlled by varying the relative thrust of each airscrew by changing the speed. When there is an even number of airscrews, half of them turn in each direction in order to cancel out the torque reaction.

One popular drone configuration is the quadcopter which has four motors driving four airscrews in a cross configuration. The airscrews on one cross-beam turn the opposite way to those on the other. If the motors on one cross beam get less power and those on the other get more, the torque imbalance will yaw, or turn, the machine. Unbalancing the power between pairs of motors front and back will tilt the machine forwards or backwards, whereas unbalancing from side to side will roll it.

That’s the advantage of this type of machine; there are no additional controls needed. The disadvantage is that aerodynamically it’s rubbish. An array of naked airscrews pointing upwards is an incredibly inefficient way of supporting a payload in the air, as well as being capable of causing injury and creating a lot of noise.

A quadcopter is really a toy

The quadcopter is popular as a consumer toy, because it has fewer parts, but there is a problem: if anything goes wrong with any one of those motors or its speed controller, it cannot remain under control. For commercial purposes, forget quadcopters. To be able to lift more as well as having some redundancy against motor or controller failure, drones simply add motors and become n-copters. Octo-Copters are quite popular for lifting TV cameras, but it is important to realise that if one motor goes out, more than one eighth of the lift will be lost. The reason is that the failed motor will cause an imbalance, and lift and torque will have to be reduced by the same amount on the opposite side, so that, in fact, one quarter of the lift is lost.

Horizontal airscrew machines are also unstable, especially when there is a camera hanging beneath. The momentum of the camera underneath interacts with the airflow hitting the rotors edge-on to induce a pendulum like swing that steadily gets worse. Drones of this type only became possible when gyro-stabilisation became available at consumer prices.

Note how quickly this six-motor drone uses gyro-stabilisation to automatically recover from severe destabilization by the human pilot. Within two seconds, the machine returns to its previous position without pilot intervention. Video: Airborne Robotics.

In the centre of every drone is a small circuit board containing three accelerometers and three gyros, all solid state. The control signals are mixed with the accelerometer and gyro signals in such a way that the thing tends to stay level. The outputs from the stabiliser are then mixed in a microprocessor to create as many motor drive signals as the machine has legs. What is astonishing is the fact that a six-degree-of-freedom drone stabiliser can be bought on the web for a few bucks.

Let’s be clear, drones are unstable and need full-time artificial stability. That means they all contain a single point of failure in the stabiliser. And failures in control feedback loops result in one outcome only; it’s what is called in servo parlance a hard-over failure. Suppose the roll gyro fails and outputs a false roll signal. The loop gain of the system applies full roll in the opposite direction. Exit drone, vertically. Enter lawyers, rubbing hands.

Needless to say I have some of these devices, out of academic interest. One thing that struck me is that typically they have taken no EMC precautions whatsoever. No screening, no filtering, nada. The performance of the receiver is of no consequence if the auto-stabiliser can be interrupted by a radio signal. Noise on the power rail also knocked out the microprocessor on the board I tested.

Are you seriously going to fly something like that over a crowd in which the majority have cellular telephones or where roving TV cameras and microphones are using radio links? Consider that the wires going down the arms to the drone motors form perfect antennas.

Lift is obtained by imparting downward momentum to a flow of air. It requires far less power to impart a little bit of momentum to a lot of air than a lot to a little. That’s why sailplanes have such long wings, so they can access a lot of air. Consider a typical octo-copter: the array of airscrews is roughly circular, but the total area of the airscrews is only a fraction of the total area of the machine. A single rotor of the same overall diameter could lift the same payload with less than half the power. All rotors suffer from tip loss where air passes around the tip short-circuiting the lift mechanism. A single rotor of the same overall diameter as an octo-copter would suffer a fraction of the tip loss.

Because airscrew-type drones operate with permanent power, they must descend by reducing power. That’s an unstable situation, because, paradoxically, it takes more power to descend than to stay at the same height. The reason is that the airscrews have less access to a flow of air when they descend into their own down wash. Any attempt to descend too quickly risks entering a vortex ring condition where the same air recirculates through the airscrews and you end up in bin Laden’s compound a bit faster than you expected.

Many of the problems of the naked airscrew can be minimised by shrouding it. A suitably shaped inlet trumpet that closely fits the blades not only minimises tip loss, but also augments lift, because it is exposed to low pressure air approaching the blades. The shroud absorbs noise, and provides protection to and from the blades. A drone with exposed blades will likely come down if it touches a stray tree branch or a lamp post. A drone with shrouded blades and proper foam bumpers will bounce off. But the overwhelming argument for shrouding is safety. Someone who is hit by a shrouded drone has a lower chance of injury than if the airscrews are exposed.

Part 3 will consider the regulations that already apply to drones, and regulations that may come into force, as well as considering topics such as risk to other airspace users and the need for drone registration.