The UAV or unmanned air vehicle is also popularly called a drone. Once the province of the military, they are now available for commercial purposes and to the consumer. In this new series, John Watkinson looks at how they work, what they can and can’t do, with an emphasis on safety.

UAVs or drones are aircraft without a human pilot on board: that’s the definition. This includes any aerial device, whether fixed or rotary wing. The military like them because they can take risks that could cost a pilot’s life. Cruise missiles are UAV’s that don’t need landing gear. For television and film purposes, where the objective is to carry a camera to obtain shots that are not possible from the ground, the rotary wing solution is more appealing because of the ability to hover and to operate without runways.

The first practical helicopters appeared in Germany around the time of the Second World War, so it is pertinent to ask why it is only recently that small UAVs have been available for television and film work. The answer in short is that a number of enabling technologies had to be simultaneously present before a small aerial device suitable as a camera platform could be made.

First there were helicopters

Flying model helicopters started to emerge in the nineteen seventies, and by the eighties these had become reasonably good aircraft. Powered by a two-cycle piston engine, of typically half a cubic inch capacity, they were noisy, messy and somewhat scary. Even if small TV cameras and recorders or transmitters had been available then, these machines weren’t suitable platforms because everything around was coated in engine oil and the vibration was fearsome. The proportional radio control systems of the time used narrow-band transmission so interference or another transmitter inadvertently operating on the same channel could crash the aircraft. 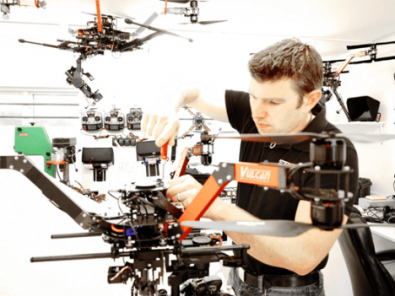 Many video photographers prefer to focus on the video and have an expert build and maintain the aircraft. Image: Drone Builders, UK.

I rapidly learned that the general public has no sense of danger and that the only safe way to fly was in the middle of nowhere, away from radio interference and the possibility of causing injury or annoying someone with the noise. These early machines were stabilised by a gyroscopic device above the rotor called a flybar, which mixed its ideas with yours via a diabolical system of levers and ball joints that was a nightmare of tolerance build-up. When I moved on to flying real helicopters, I realised that flying these models was actually harder. One day I put an experienced model flyer in a real helicopter with an instructor. The instructor was astonished to find that the model flyer could fly the real one. The reverse was untrue. Traditionally the model helicopter is just too hard to fly and has an incredibly low success rate. There must be millions of them at the back of closets.

As an aside, I should point out that aviation is an unforgiving activity and all those involved develop a sense of discipline and attention to detail that brings quality into other activities. I am now accustomed to finding that someone who appears to be good in some unrelated field often turns out to be a pilot.

So that short history defines some of the enabling technologies that are needed: lightweight cameras and video recorders/transmitters, vibration free power plant, which means electric motors, reliable, interference free radio control and two types of stability augmentation; one that makes the device easy to fly and one that stabilises the camera. That’s quite a list, but the onward march of information technology has taken care of that.

The traditional electric motor, like the one that moves the windows in an automobile, uses a fixed magnet and rotating coils. The current is fed to the coils by a commutator and fixed brushes. This device is lossy and wears out. It gets hot and the power the motor can deliver is limited by commutator heating. These problems were overcome by two developments. First, rare earth magnets such as Neodymium Iron Boron (NdFeB) can provide a strong magnetic field at a very low weight and size. This allows the magnet to rotate instead of being fixed. The commutation of the static windings is performed by MOSFET switches which, are now available with incredibly low on-resistance so the heating is minimal and the wear factor is greatly reduced.

Rare earth magnets opened up a huge market and the unit cost is low. Those tiny loudspeakers in your laptop depend on them, as do most earphones for iPlayers. This type of motor is used in hard drives, optical disk drives and for the autofocus, iris and zoom motors in cameras. 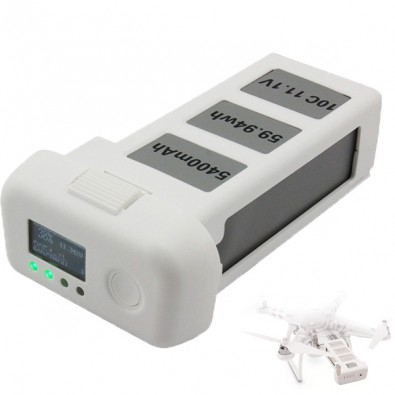 Batteries were key to enabling drones to fly long enough to be useful. This 5.4A Po-Li battery is designed to fit in a DJI-Phantom 2 drone.

The second development that made lightweight and easier-to-fly UAVs was new battery technology. High powered motors are no use if there are no suitable batteries, but as all videographers know, there has also been a revolution in battery technology. Fuelled by demand for portable electronic gadgets like iPhones and tablets, battery technology has come a long way. Today’s lithium polymer (LiPo) batteries store unheard of amounts of energy for their weight, although still not in the same league as hydrocarbons.

The combination of LiPo batteries and brushless motors has enabled a range of devices that simply weren’t practicable before, including electric flight. I have a fifty-inch model jet plane powered by a brushless motor driving a fan like a hair dryer on steroids. The motor is no bigger than my thumb. That’s the same progress that allows us to drive electric cars. Interestingly, the funding for the Tesla car came from IT.

With their high energy density, LiPo batteries have to be treated with care like any other high energy density devices such as LPG, gasoline or explosives. The energy must be controllable, yet I still see people putting LiPos in their pockets. All it takes is a coin or a bunch of keys and you are on fire. Don’t leave them unattended whilst charging. Each cell of a series pack has to have its charging voltage individually controlled by a device called a balance charger that has a multi-pole connector. Equally, over-discharging doesn’t do them any good, so equipment needs to have a voltage monitor to give warning when the charge is running out.

Modern radio control systems have had to respond to the demands of the market for greater reliability. People are building twenty-foot flying models of wartime bombers and model Blackbirds with working turbojets, and you don’t want interference bringing them down. The solution is to use spread spectrum radio, originally developed as jam-proof communications for the military. Each transmitter radiates over a whole frequency band, and has a unique signature in its transmission that the receiver learns through a process called binding. The receiver then finds the signature by correlation. This means that multiple transmitters with different signatures can share the same band and interfering signals are rejected.

Today the technology exists for telemetry to be returned from the radio controlled device, so key parameters like battery charge and temperatures can be monitored on the ground. Also it is possible to transmit video to the ground. This allows a new class of control called First Person Video (FPV) in which machines are controlled by viewing the real-time picture from the on-board camera. The transmitted video can also be used as the viewfinder for higher quality still and video cameras whose images are recorded on board.

One of the difficulties with small air vehicles is that they have short time constants. They respond rapidly to control inputs as well as to unwanted disturbances. This means that some form of stability augmentation is required. The conventional gyroscope with its mechanical spinning flywheel works well enough in full size airplanes, but even when miniaturised, they were so large that model helicopters could only carry one to stabilise the yaw axis by mixing signals into the control of the tail rotor. Like everything else, gyroscopes and accelerometers were miniaturised and the power they needed was reduced. 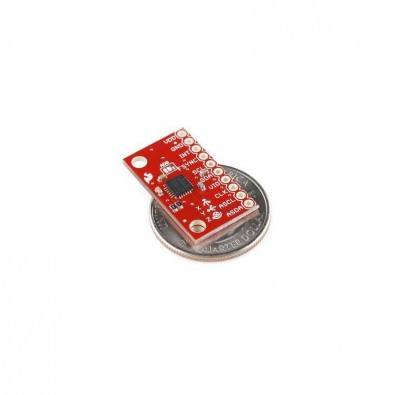 Miniature gyroscopes make drones both easier to fly and, combined with GPS, they enable a return to home function.

Early miniature gyroscopes showed up in consumer camcorders controlling image stabilisers that kept the image reasonably still even if the owner had shaky hands. Subsequently they would be found in video game controllers and in tablet computers that keep the picture level when they are turned around. These devices are categorised as Micro Electro Mechanical Systems (MEMS) and use the fabrication techniques of microelectronics to fabricate tiny mechanisms. A mass on a beam with some means to measure the bending makes a simple accelerometer.

Measuring rotation is a bit harder as this requires, for example, a tiny vibrating tuning fork. If it is rotated about the axis of the handle, the arms try to conserve momentum and experience the Coriolis effect that induces transverse bending. A synchronous rectifier somewhat like an NTSC decoder can extract a rate of rotation signal. Today’s UAVs universally have six-degree-of-freedom sensors, three orthogonal accelerometers and three orthogonal gyroscopes.

With this as background, we will continue this discussion about UAV/drones in the next article. It will focus on what physics allows drones to do and to not do, and how the weight to be lifted relates to size and noise. The principles of redundancy needed for safe and reliable operation will also be outlined.

*John Watkinson is the author of “The Art of the Helicopter” and is available at this link.