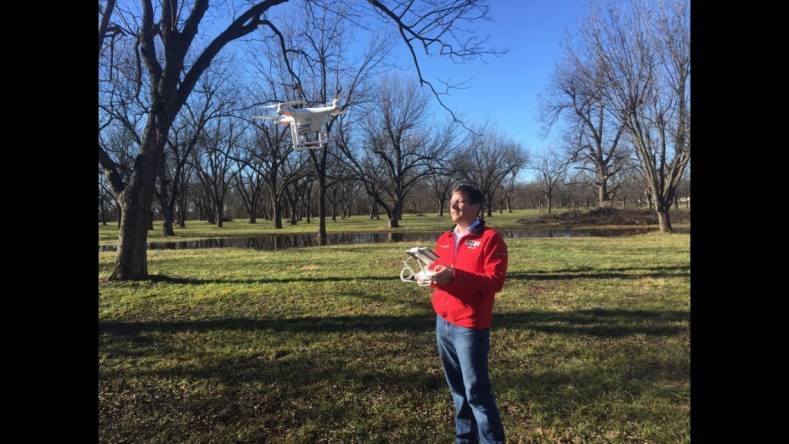 In December Fox news station KOKI-TV became the first in the Tulsa, Okla. market to use an FAA-approved drone for newsgathering.

The FAA just released its long-awaited rules for legally operating an unmanned aerial vehicle (UAV) for both commercial and personal use. While there are restrictions, some are applauding that the FAA’s decision to drop a requirement for a pilot’s license, requiring instead a test-based special certificate.

Since September 2014, the FAA has awarded special permission for more than 6,000 drones to be used while it worked on the rules. Within the professional video arena—which includes video production as well as various types of industrial use—this has meant temporary waivers for TV and film sets as well as ENG uses for local television stations that limit use to the immediate area of the production location.

Literally everyone understands that the rules are critical to managing a quickly growing industry, one that could become an $82 billion business with more than 100,000 jobs over the next decade, the FAA said. The new regulations, which will become effective two months from publication in the Federal Register, took years to craft.

The new rules won’t have a major impact on the broadcast industry, as many stations have been experimenting with UAVs for over a year and have become familiar with the process for getting FAA approval. Yet it’s clear that the technology has been used in a number of innovative ways to help tell a news story and many see the potential for even further use. After surveying 1,286 stations around the country this spring, the Radio Television Digital News Association (RTNDA), has said that not every station will use them for news, but interest is steadily growing. The survey found that 23 percent of TV newsrooms are currently using or plan to start using drones for their newsgathering, and nearly 30 percent say they would use drone footage shot by someone not employed by the station.

The survey also found that 29 percent of the news directors polled said they were comfortable with the idea of using footage shot by someone outside the station if it were brought to them, although some said they would not actually solicit drone footage. Another 16 percent of the stations would use drone footage for special stories or events, 14 percent preferred using them in breaking news, 13 percent for major weather events, 11 percent for general news coverage. Interestingly, only 2 percent said they would use it for sports coverage. 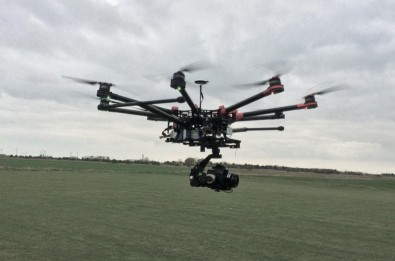 As per the new rules, drone flyers must be at least 16 years old and have a remote pilot certificate, or be directly supervised by someone with such a certificate.

In December of last year Tulsa Fox affiliate KOKI-TV become the first news station in its market to become certified by the FAA to use a drone for a newscast. The station used a DJI Phantom 3 Professional drone up to get a bird’s eye view of some of the flooding problems around the area.

Part of that approval required a licensed pilot to fly the drone, which the station’s Chief Meteorologist James Aydelott received. In a statement, the station said it would comply with FAA guidelines and focus on safety while using its drones.

The station said the inaugural flight for its UAV came after more than a year of planning and safety considerations, which led to the FAA approving drone us for KOKI-TV and all Cox Media Group stations. In fact, KOKI-TV’s sister stations in Atlanta, Boston, Jacksonville, Memphis and Orlando have all experimented with UAVs as part of their daily news coverage.

“We’re giving our viewers a perspective of the day’s major events like they’ve never had before,” said Greg Bilte, Vice President and General Manager of KOKI-TV and KMYT-TV. “Every day we promise to cover news that matters, this new technology will help us do that for our viewers.”

The new rules basically give the OK for commercial drones as long as they weigh less than 55 pounds, the pilot has passed a test and is 16 or older. The drone must fly below 400 feet, at speeds lower than 100 miles per hour and fly at least 5 miles away from airports. Drones must also be within sight of the pilot.

The new drone rules, released by the FAA on Tuesday, June 21st, limit small unmanned commercial aircraft to 55 pounds—which is adequate to carry a full-sized professional DSLR or handheld video camera—and require that they be used in daylight and that the operator never loses “visual line of sight” of the UAV. The drones may operate 30 minutes before official sunrise or 30 minutes after official sunset if they have anti-collision lighting. For professional video production users, UAVs are also allowed to be operated within eyesight of an assistant, a change from the proposed rules industry advocates won in the final version, which means that an operator can guide a drone by its video signal, using an iPad or other type of monitor. Video professionals have used this technique watching the monitor to frame the shot since drones first burst onto the scene. 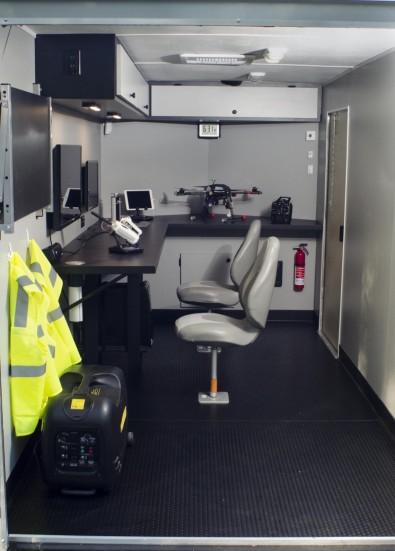 In line with the initial temporary rules developed by the FAA last year, the new regulations still prohibit flights over unprotected people on the ground that aren't directly participating in the drone operation. For example, the drone may fly 400 feet above ground level, or, under the final rules, go higher than 400 feet if it remains within 400 feet of a structure. Initially, the FAA allowed drones to fly up to 200 feet, but earlier this year raised the ceiling to 400 feet. Operators must also keep speeds below 100 miles (161 kilometers) per hour.

Troy Walsh, owner at Drone Media Chicago, an aerial photography and video services company shooting a wide range of applications, told the Chicago Tribune newspaper that heretofore, UAV pilots had to operate under what’s known as a section 333 exemption in lieu of having official guidelines to operate our drones commercially. The final rules, called part 107, will alleviate many of the requirements to operate drones commercially, under section 333, while still adhering to the safety guidelines.

According to the FAA’s website: “Section 333 Exemption process provides operators who wish to pursue safe and legal entry into the National Airspace System a competitive advantage in the UAV marketplace, thus discouraging illegal operations and improving safety. It is anticipated that this activity will result in significant economic benefits, and the FAA Administrator has identified this as a high priority project to address demand for civil operation of UAV for commercial purposes.”

The paper quoted Walsh calling the FAA's final, some would say relaxed, rules, “exciting news,” because they allow for a wider spectrum of use than previously anticipated by UAV users.

While the rules don’t apply directly to hobbyists, who don’t need a license to fly if they’ve registered their drones with the FAA, it lays out the government’s authority to enforce aviation regulations on all unmanned aircraft.

Commercial photographers can apply for an exemption to the FAA rules under Section 333, but the agency is swamped with applications right now, which is causing delays in processing requests. Users might consider carrying a copy of The Photographer's Right if they use a drone for commercial purposes. The views expressed in the document offer guidance and may help defuse situations where a camera person or drone operator is confronted by security or law enforcement, neither of which may be familiar with the legal aspects of shooting images or video. Read it before you record.