Release of the Canon 5D Mark II and Nikon D90 DSLR cameras lead to a revolution in how field video was captured and stored.

In the summer of 2008, when Nikon introduced the D90, the first DSLR camera to record video, it had no idea the impact its consumer $900 camera would have. The following month, its competitor, Canon, introduced the 5D Mark II, the first professional DSLR to record higher quality 1080p video. Together, these two groundbreaking cameras would lead to a revolution in the field acquisition of video.

About the same time, another video revolution was underway. AJA Video Systems, based in Grass Valley, California, was the first company to license the ProRes codec from Apple. AJA had already been working with Apple on KONA video interface cards for Macintosh computers running Final Cut Pro. The ProRes codec, developed especially for post-production by Apple, led AJA to develop a portable field video recorder called Ki Pro in 2009.

Today, a variety of portable field recorders can record either or both Apple’s ProRes or Avid’s DNxHD codecs. Some models combine a video recorder, high resolution monitor, playback capability and a series of built-in tools that often include a waveform monitor, vector scope, video peaking and multiple channels of audio recording. Models cost from under $300 to over $10,000, depending on the features, capability and intended market. Many field recorders are also being turned into rack-mounted models for studio use.

Matt Ivey, Atomos president for the Americas, said his company shipped its first field recorder in 2011 and since then Atomos has expanded to a wide range of models for a diverse group of clients —from wedding videographers to digital cinematographers working on feature films.

In the fictional Star Trek series, a tricorder was a
multifunction hand-held device used for sensor
scanning, data analysis, and recording data.

“You call them field recorders,” Ivey said. “But I think that name has actually evolved from compact external recorders to multi-function devices. I now call them ‘RPMs,’ for a combo recorder, player and monitor. Think about them as a very compact toolbox for everything a broadcast engineer needs in video. Like from the Star Trek days, I think of them as a kind of tricorder for video. They combine more and more functions into a smaller package.” 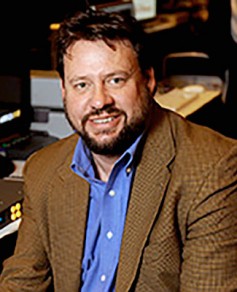 Bryce Button, product marketing manager for AJA, said 4K recording capability is being added to the line of many companies in the category. He also said encoding for streaming video is on the horizon. “These days it’s not just broadcast we deliver,” he said. “There are requirements for more efficient video codecs.”

Since AJA introduced its CION 4K camera, multi camera shoots can be implemented and managed by using a laptop with a simple Ethernet switch and LAN cables. The Web-based user interface allows complete and independent set-up of multiple CION cameras, real-time monitoring of the capacity of the media used in each CION and remote control and automation of a Ki Pro recorder.

Storage considerations
One of the major competitive differences between the various brands recorders is the type of recording media they use. Some media can be quite costly, out pricing the recorders themselves. For example, AJA devices use only AJA-branded CFast flash or AJA Pak SSD media.

AJA devices use only AJA-branded CFast flash or AJA Pak SSD media because some off-the-shelf SSD may not provide long-term reliable storage.

Button said this done to assure quality recording for the end user. “Off the shelf SSDs may do 100 insertions and die,” he said. “We don’t find that acceptable for our customers.”

Convergent Design also sells its own branded recording media. “Some manufacturers exaggerate their technical specs on their SSDs, said Mitch Gross, director of communications for Convergent Design. “It’s very important to maintain the read/write speed of the SSD. Those specs are often given by a manufacturer for when the SSD is brand new and empty. After you use it, sometimes the speed starts to slow down. 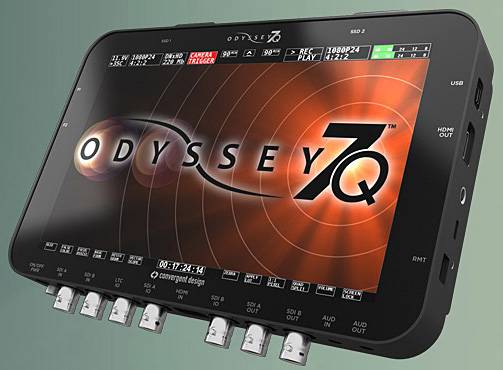 “If you fill an SSD more than half way — even brand new — the way it allocates space on the drive makes it slow down. That can be a big problem with high speed 4K signals. The drive will not be able to keep up with the amount of data we are throwing at it,” said Gross. “Also our SSDs are power protected. That's very important. If the battery dies, in the middle of recording, our drives detect that lost power and signal. It has enough power inside the drive itself to shut down the file and will automatically rebuild the directory on restart. You will not lose your video. Without these drives, you can lose all your material if the drive becomes corrupted.”

Sound Devices’ Video Devices brand of recorders deals with the power problem on two new models with PowerSafe circuitry, which provides a constant 10-second power reserve. In the event of power loss, the recorder continues to operate for up to 10 seconds, then cleanly stops any file operation and safely shuts down. The recorders also allow a redundant power supply to be used.

Breaking with the dedicated recording storage philosophy is Atomos, who allows customers to buy their own recommended media, including low-cost hard disk drives which are recommended for tripod use. For moving shots, Atomos recommends off-the-shelf SSD drives.

“We put all the firmware and hardware circuitry in our devices so they will work with hard drives,” said Ivey of Atomos. “If you work with video you know that a ProRes codec is a nice steady constant bit rate frame-based type of codec. Once you master being able to control the data, you can ride the rough spots in and out. That's why we have big buffers in our product. Atomos, storage philosophy is to let customers buy their own media,
including low-cost hard disk drives.

“We are the only company that says ‘hey, you can buy your own drives.’ That allows people to buy a HGST 500 Gigabyte drive for about 60 bucks and you get five hours of record time in HQ. This goes a long way toward making products for everybody. We have thousands of customers using these products. If they didn't work reliably, we wouldn't be in business. Hard drives are a very mature technology…over 40 years old. Laptop drives will take 10Gs of force. I'd say the majority of our customers are using hard drives. And they are using them for economy.” 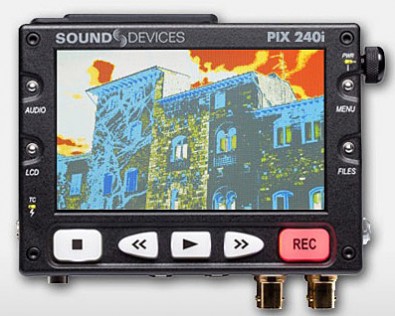 For its PIX 240i HD portable recorder, Video Devices allows the use of company-recommended CompactFlash or 2.5-inch hard and SSD drives. The approved brands of drives are from Hitachi, SanDisk, Samsung, OWC, Western Digital and Corsair. The two-pound PIX 240i will also record and play eight channels of audio synced with video. The larger PIX 270i and 250i can use 2.5-inch hard and SSD drives and other media, but not CompactFlash.

Jon Tatooles, co-founder and managing director of Sound Devices, said the big differentiators for his Video Devices brand is something he learned from the audio world.

“Record on simultaneous multiple media,” said Tatooles. “It’s important for a couple of reasons. One, you've got a backup. Second, these are fairly sizable files and you eliminate the post record copy process by recording to multiple drives. You can simply hand a drive to a producer and they can start cutting immediately.”

New Markets developing
In addition to the digital cinema and broadcast markets, Tatooles said his company sees the staging and live events business spending a lot of energy now on video. Video Devices created the model 970 production recorder for video shots with up to 64 tracks of multitrack audio. “Now big productions with multitrack audio can have one playback device,” he said.

This newer market segment has had a wild six-year ride. Atomos’ Ivey sees the rapid development of this new category based on from 35 years of industry perspective. Prior to his work at Atomos, he worked with Tektronix in the 1990s on its Profile video file server, an early standard definition disk-based system. He is amazed at the advances in the technology between then and now.

“The (Tektronix) Profile was a $100,000 product,” Ivey recalled. “Today, Atomos is making a product that is 10 times better than the Profile and we have added both HD and embedded audio. And it costs only $1,000. That's a huge advance."