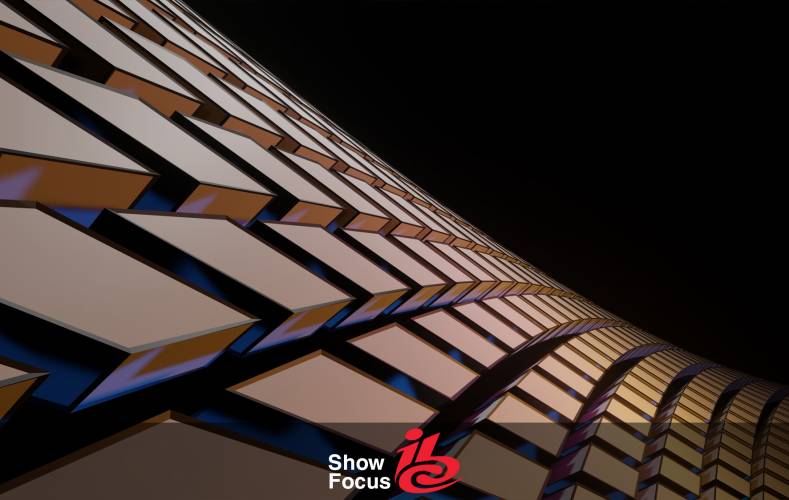 That will come as little surprise, but attendees in 2019 may not have predicted the boom in Advertising VoD (AvoD) and associated FAST (Free Ad Supported TV) channels that is evident this year. This has come despite the continuing overall growth in subscription VoD, where competition at the top end has intensified as new players like Disney+, Apple TV +, and Peacock from Comcast’s NBC Universal, although the latter indeed also has an ad supported option.

Zixi has produced a schematic showing its technology in remote production.

Broadcast Bridge has been covering this rise in ad supported content generally over the last few years and in 2021 reported a forecast of accelerating growth. Since then, live AvoD has also picked up as Haren noted given its greater potential for generating revenues around ads that cannot so readily be ignored. Adverts can be stitched into natural gaps in the video, such as changeovers or breaks in sporting events, extending audiences to groups unable or unwilling to pay the increasing number of subscriptions needed to access all the content they would ideally like to watch.

Another big theme at IBC 2022 is wireless, especially 5G, as Andreas Heiland, Director of Marketing at Germany’s Rohde & Schwarz Broadcast and Media (Stand 7.B21), pointed out. 5G Broadcast is an incredibly useful system for delivery to mobile devices, without the need for specific SIMs and does not impact existing mobile network,” said Heiland. “This is likely to transform pop-up channels around sports events and music festivals, as well as being a quick route to disseminate emergency information. 5G Broadcast has other applications as a multicast platform, for instance in automotive and other IoT services.”

The current climate has also sharpened focus on sustainability, which in turn is driving virtualization and cloud based remote production, to reduce both staffing and computational costs. Techniques under the heading of AI, especially machine learning come into play here for reducing energy consumption through more efficient processing of video across the whole life cycle. AI is helping reduce the increasing burden of analysing telemetry data generated by streaming services. “Operations teams are all too familiar with ‘noisy’ alerts and missing critical events because they were overwhelmed with metric details,” said Haren. Yet the ability to identify significant data amid the noise is critical for successful delivery of high-quality streaming services that rely ever more on accurate predictive insights and rapid identification of incidents that may be interrupting delivery. 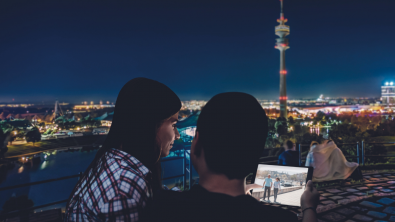 5G Broadcast is one of the themes at the moment for supply chains, according to Rohde & Schwarz.

AI techniques are also contributing increasingly to improving the viewing experience at a high level as it becomes integrated across workflows, through recognition and manipulation of video objects within and between frames. Broadcasters are starting to make decisions about graphics or captions in real time, adding elements to live streams on the basis of the content itself. Some of this too was accelerated by the pandemic, as broadcasters incorporated AI algorithms to enhance the viewing experience in various ways in the absence of live audiences, including insertion of virtual fans and canned audio alongside real time visual data. There are also more advanced applications emerging, such as predicting what might have happened next in a sporting event after play has been suspended for some reason.

All this boils down to increasing emphasis on streaming quality across the whole production and delivery chain at almost all levels of the viewing experience. Zixi is among various vendors at IBC 2022 tapping this trend, focusing on its SDVP and its performance for live video delivery over IP networks, including backhaul, production and distribution workflows. It also highlights its universal video delivery protocol support, and ability to deploy when and where needed. Haren echoed a point made by a number of vendors that its primary competition comes increasingly from its prospective customers building their own distribution systems using open-source protocols and internal teams focused on devops methods, Devops is a word that emerged some years ago to describe modern software development methods combining development and operations so that bugs and issues that show up only after implementation can be fixed more quickly with less impact on production. “Many of our current customers have deployed the SDVP as a replacement for, alongside, or integrated with their own internally developed distribution systems as their needs have scaled,” said Haren. 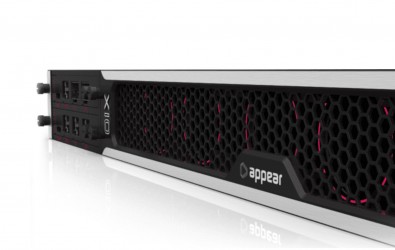 Appear (Stand 1.C61), headquartered in Oslo, Norway, is also highlighting IP transport capabilities at IBC 2022, in fact featuring Zixi’s protocol alongside SRT for video contribution links. This is delivered over Appear’s X Platform for video networking, touting its security and advanced compression credentials for remote production, contribution and distribution. The company is also positioning X Platform for remote PHY deployments, where physical later functions associated with the transmission medium itself are pushed out from the headend to the edge of the access network as part of a distributed access architecture (DAA). Under this arrangement, a remote PHY device at the network edge converts downstream data from digital to analog for the physical medium, and back to digital again upstream from the end user. 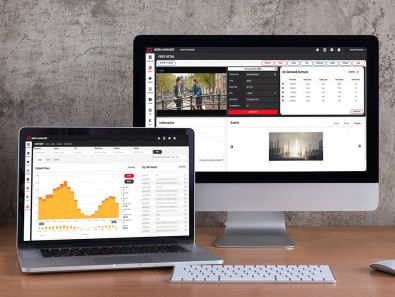 MainStreaming (Stand 5.H34), based in Milan, Italy, is continuing to underline what it believes to be the benefits of its approach to CDNs (Content Delivery Networks) for video. The company insists that its intelligent Media Delivery Platform (iMDP) is a step forward from traditional CDNs by being designed from the ground up for video, rather than just adopted at various points in the infrastructure. The company contends that this has enabled it to cater for the evolution of the network edge, which began largely as a storage paradigm where data was relocated from the centre to the edge of the network almost purely in the case of video to reduce the latency in final delivery, because the content was closer to the viewer, at least for on demand as opposed to live services.

Now the edge is increasingly also where the data gets processed, to reduce the delay involved interacting with central computational facilities and also to reduce consumption of core and backhaul network bandwidth. Catering properly for the edge then is one of MainStreaming’s main takeaways at IBC 2022.

Rohde & Schwarz is a very different case, larger than many of the other companies at IBC 2022 and with a long pedigree in test and measurement of diverse electronic systems, but especially in media, communications and cybersecurity. At IBC 2022 R&S is drawing on its reputation to underline the robustness, flexibility, security and scalability of its video portfolio, which embraces platform agnostic studio production, playout and transcoding. “Rohde & Schwarz, along with our playout and graphics business Pixel Power, point to very long histories dedicated to this industry,” said Heiland. “Throughout, our goal has been to provide high performance alongside high resilience. That has never been more important, and we see that as our essential differentiating factor: our systems work, first time and every time.” 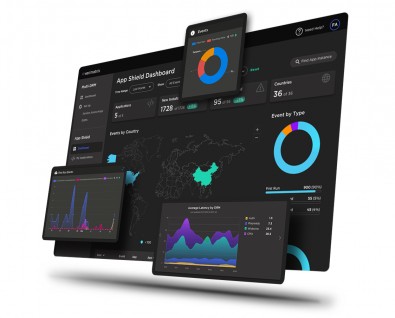 Verimatrix (Stand 1.C23) is a different case again as a company best known for its content and revenue protection technologies. After its merger with French firm Inside Secure in February 2019 in a $145 million deal, Verimatrix has set out its stall more as a complete cybersecurity player, but naturally at IBC 2022 will focus on its credentials for video service protection. Among key developments from Verimatrix was its support for the AWS for Media & Entertainment initiative from Amazon Web Services (AWS) announced in May 2021. This enables service providers delivering content through AWS to implement Verimatrix’s Multi-DRM Core solution to negotiate premium content rights with pre-approved and pre-integrated security for distribution of licensed content. This increased the profile and reach of Verimatrix Multi-DRM Core and made its scalability more visible.

Among other vendors prominent at IBC 2022 on the streaming media supply chain front is Grass Valley, which this year is flaunting the capabilities of its GV Stratus video production and content management system in time-sensitive newsroom environments, through its ability to simplify and streamline workflows by customization, eliminating unwanted steps and components.

If there is an overall theme uniting these distinct and diverse offerings on show at IBC 2022, it is in coping with the increasing complexity and technology fragmentation occurring in the streaming field, while also exploiting the unique advantages for enhancing the viewer experience.