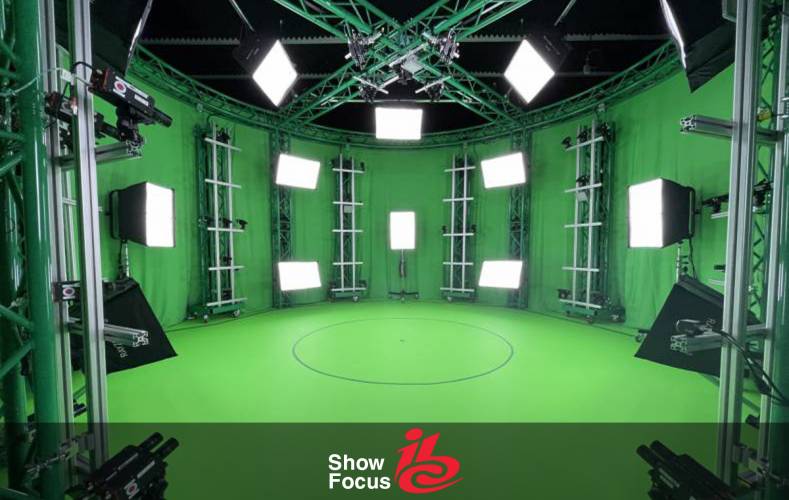 Volumetric video capture 3D studios are popping up across the globe to streamline production, saving time and money.

Virtual production in today’s physical world means creating in-camera stunning backdrops and immersive environments for live action talent to interact with for feature film and television projects. Volumetric video capture (VVC), as it’s called, refers to creating 3D CG from images taken by multiple cameras, and using this data to produce video that looks like it has been shot at a real location. Dedicated studios that cater to this market are popping up around the world as production companies see the value and efficiencies it brings.

Basically, VVC is an evolved version of previously used methods of displaying live images and graphics behind the cast, using traditional virtual set technology. Only now you can acquire a full 3D model of the subject and manipulate it in post like never before. Every frame is usable and can save the production time and money when an actor has to be replaced or a camera angle needs adjustment.

At the upcoming IBC Show the production and editing tools and technology to accomplish this sometimes challenging workflow will be on display in a number of different products and solutions. It saves time and money and also allows actors located in different locales to participate virtually in the production process. This includes Extended reality (XR) is technology that allows you to blend virtual and physical worlds together using Augmented reality (AR) and Mixed Reality (MR) in live production environments to create fully immersive experiences. 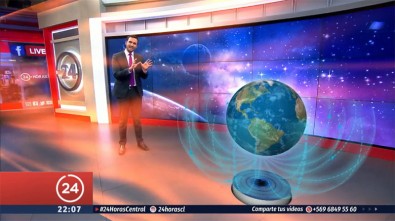 In Stand 7.B01, Brainstorm will spotlight Suite 5, the latest version of its real-time 3D graphics and virtual studio software products eStudio, InfinitySet and Aston, along with Edison 5 pre-generated background and set pieces. The core product of the company is eStudio, an open architecture software and hardware accelerated hardware platform upon which all other Brainstorm products run. With it, the company will demonstrate advanced XR workflows featuring a mixed environment with a corner videowall and chroma set working together and including in-context augmented reality and talent tele-transportation.

As LED-based XR becomes more common, Brainstorm has developed new features that facilitate the creation and integration of immersive XR content designed specifically to be displayed on large LED video walls. With these features, teams can speed up the creation of in-context AR in LED walls, XR set extensions or backgrounds for film and drama production. For instance, Suite 5 has a dedicated interface for creating XR installations that align with video walls of any design, including curved, shaped and corner installations, and mapping the desired 3D content to the models.

InfinitySet is a virtual set, AR and XR solution that can cope with any virtual production requirement, from trackless virtual sets to advanced render per camera, tracked environments, including Unreal Engine and other sophisticated rendering techniques. Aston is a motion graphics system with a sophisticated feature set and advanced animation logic. Finally, Edison is a virtual set in a box, developed to create live presentations of any kind with total ease. Edison provides users with a comprehensive toolset and built-in assets ((backgrounds, projects, slides, furniture, etc.) to create any virtual presentation from scratch.

“Virtual production has been around for decades now, but since the pandemic its rate of adoption has been radically accelerated,” said Miguel Churruca, Marketing and Communications Manager at Brainstorm. “Lately, new trends such as XR are starting to take over, and the company developed Suite 5 as the answer to these new trends, including many new features designed to improve XR content creation and workflows, while adding an even tighter integration with Unreal Engine. These enhancements streamline the ability of our users to improve their virtual content creation, no matter if they use LED video walls or chroma sets to produce any kind of virtual content.”

Sony has opened a Virtual production Lab in Japan that features its Crystal LED display to capture 3D volumetric content.

Over at the Sony (Stand 13.A10, 13.D202 and 13.D203), the company will showcase its success in the area of VVC and virtual production using 8K images captured with its Sony Venice digital cinema camera. The company’s theme this year is “Live your Vision.”

To complement its virtual production message, Sony will unveil the Crystal LED C-Series videowall with high contrast as well as the B-Series wall built for virtual production. The C-Series is available in a 1.2 or 1.5 pixel pitch configuration while the B-Series, with its wide color gamut reproduction, is scalable to enable it to be customized for individual production studios—large and small.

The goal for many in the industry is to unify XR spatial design and real-time 3D interactive animated content creation in order to develop future-proof traditional broadcast studio production methods and cutting-edge, digital human delivery processes. Employing this and other virtually generated techniques, production and postproduction costs are significantly reduced and it allows actors to immerse themselves more into the scene.

Look for many products on the exhibit show floor supporting virtual production in its many current and rapidly emerging forms. Other companies on your list should be: Chyron, with its Chyron LIVE platform, Maxon and its 3D software solutions for VFX, animation, and rendering tools; and Disguise’s virtual production platform.

Look for many products on the exhibit show floor supporting virtual production in its many current and rapidly emerging forms. For some, the traditional greenscreen set still works wonders for news and entertainment television shows and they will be presented at the show as well. However the new wave is VVC. Major TV/movie productions like Disney’s “Mandalorian,” are now increasingly using virtual production workflows, shooting live-action scenes against a large LED screen on a soundstage outfitted with volumetric video capture technology.