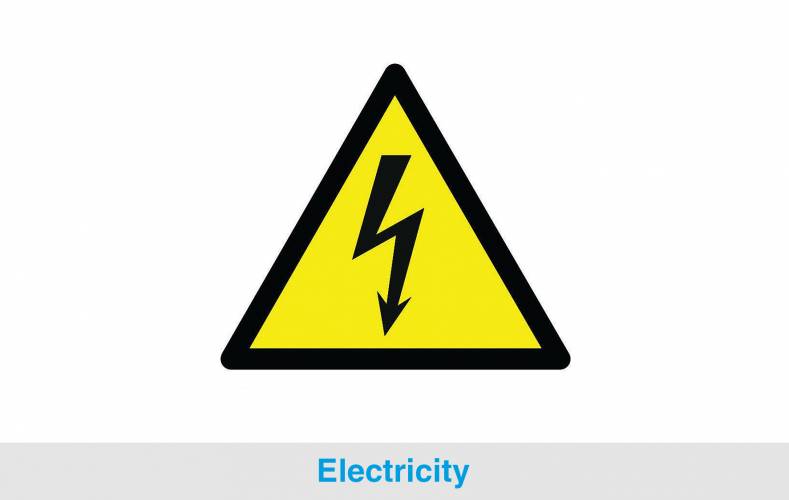 There are three aspects of electrical safety to consider. One is that direct contact between the human body and electricity is to be avoided and the second is that malfunctioning electrical systems can be damaged or start fires when the current flowing is greater than the circuit is designed to handle and excess heat is generated. Finally electrical systems generate sparks in normal use or if damaged. In an appropriate atmosphere an explosion could be triggered.

The body relies on electrical signaling and externally applied voltages can interfere with that, causing anything from irritation to death depending on the circumstances. Roughly speaking accidental contact with anything below 50V won't kill you, whereas with higher voltages the probability increases. The regulations change at 50V.

Lethality is a function of the current that flows in the body, the time for which it flows and where it flows. In some devices, such as electrostatic loudspeakers, the polarizing voltage is pretty high, but so is the source impedance and inadvertently touching the polarizing voltage will certainly get your attention but there won't be enough current to kill a healthy person.

In contrast, the most lethal pieces of equipment I have ever met are television sets made before WWII in which the EHT for the CRT came from a step-up transformer and rectifier running from the AC supply. The source impedance of these EHT supplies is very low and you only touch them once.

Electrical safety is obtained using a combination of insulation, grounding, fuses and circuit breakers, along with the adoption of sensible procedures, in the form of electrical regulations. Regulations and procedures vary from place to place and over time, so nothing I can say will be universally applicable, except that many of these measures can be brought to nothing if sufficient ignorance is employed.

In a typical electric drill that runs from a power cord, the body is molded from plastic, so nothing that happens to the insides can result in a shock being delivered to someone holding the body. However, in the event something went wrong with the motor, the windings could leak power to the motor shaft and the metal chuck could become live. In a double insulated drill, the drive train to the chuck will include insulation. Double insulated devices carry a symbol having two concentric squares and need only two core power cords.

The drill chuck could become live if one drills into a power cable. After a lot of use, the cord could become frayed where it enters the drill, exposing the live conductor. Appliances like saws and mowers may inadvertently cut their own power cord. Those conditions require a further solution.

Fig.1 shows an alternative approach. Where insulating materials cannot be used, safety can be obtained from a metal enclosure that is grounded or earthed. The power cord contains a third conductor that connects the metal housing to ground, literally a stake driven into the Earth. That conductor prevents any significant voltage from appearing on the metal enclosure.

It is essential to incorporate a fuse in the hot wire. In the event that something goes wrong, a component breaks down and connects power to the enclosure, or a broken live wire touches the enclosure, a fault current will flow to ground and blow the fuse.

A fuse is simply a thin piece of wire that has some resistance and will heat up according to the current flowing in it. If the current is too great the wire will melt and break the circuit, or the heat developed will melt a solder joint inside the fuse. 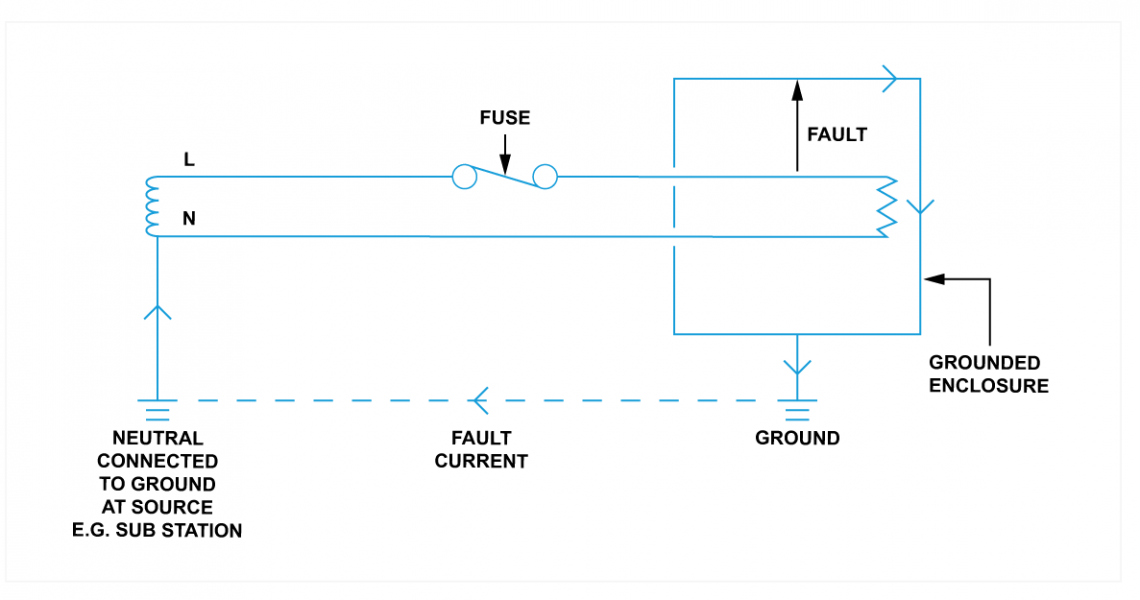 Fig.1 - In an earthed system, the electrical parts are inside a metallic enclosure that is grounded. Any contact between live parts and the enclosure will cause a fault current to ground that blows the fuse and cuts the power.

Having said that, it is possible for fuses to blow spontaneously, usually when something is switched on rather than when it is in use. Many types of equipment consume more current during start up than is used in the steady state. On each switching on, the fuse passes a surge current which on a single occasion is not enough to blow it. After many such events, the fuse may blow.

The slow blow fuse was developed to deal with that situation. The slow blow fuse has more thermal inertia, so that the heat developed does not raise the temperature so quickly and a starting surge can be handled. A sustained fault current will still blow the fuse.

Putting in a bigger fuse is asking for trouble because it increases the amount of heat that can be developed due to a fault and so increases the fire risk.

If a fuse blows, it is often considered to be a problem. Actually it's not the problem; it's more likely to be a symptom of a problem, which is that too much current was flowing somewhere. It is a good idea to have some idea of what caused the fuse to blow.

The topic of fuses is a large one and it can easily become boring. There are only a few key points to remember, the most important of which is that a blown fuse should only ever be replaced with another of the same type and rating. If the replacement blows, there is something wrong that needs to be put right.

Classic car owners have greater problems with fuses because the combination of age, moisture and thermal cycling tends to cause poor connections at the ends of fuses. The poor connections cause heat to be generated, which degrades the connections further. It is not unknown for the whole fuse box to melt even though there is no actual fault elsewhere.

The system of Fig.1 relies on an effective ground/earth connection. The fuse must carry the load current when the system is working normally, so in order to blow that fuse, the ground connection must be able to pass more than the normal load current. In some soil and climate conditions getting an earth stake to carry such a current could be a problem. A group of houses where each one had its own ground stake could achieve better conductivity to ground by tying the stakes together electrically. This is known as protective multiple earthing (PME). 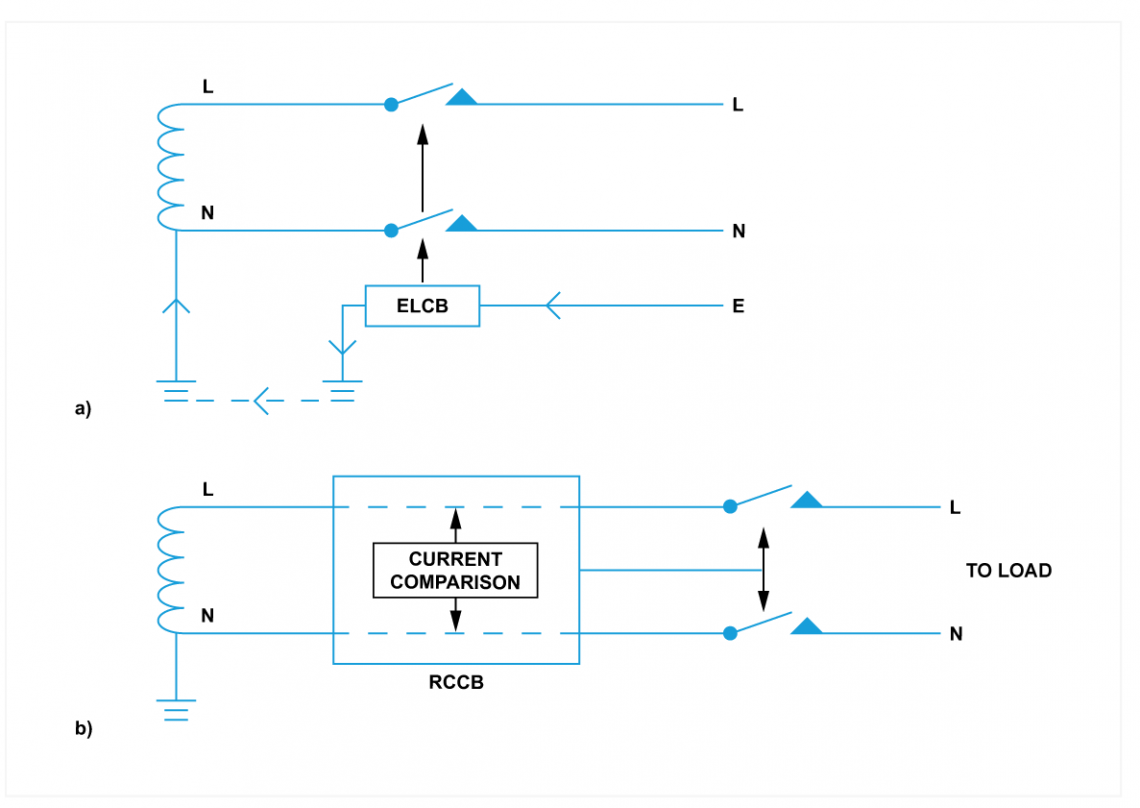 Fig.2 At a) the ELCB cuts the power if it senses even a small ground current from the protected wiring. It can work if a poor ground is inadequate to pass heavy ground currents under fault conditions. At b) the RCCB constantly compares the currents at two points in the circuit, which should balance. Any imbalance must be due to current leaving the circuit, which is a fault condition and trips the power.

Electricity must flow in a complete circuit and clearly the current must be the same everywhere. If it not, there is something wrong. There are a number of ways of approaching the problem and the acronyms soon start to flow thick and fast, often faster than the necessary understanding.

An early solution to that problem was the earth leakage circuit breaker (ELCB) that put less demands on the ground/earth stake. As Fig.2a) shows, the ground conductor from the system to be protected passes through the ELCB on its way to the ground stake. Any leakage in the protected system allowing current to flow into the ground conductor will allow this current to flow through the ELCB and/or develop a voltage across it. The ELCB senses those conditions and cuts the power.

Whilst giving the same protection as a conventional system with a good earth/ground, the ELCB is unable to respond to leakage that somehow did not pass into the ground conductor. Appliances using two-prong plugs, commonly found in USA, received no protection at all.

Fig.2b) shows a system in which the current leaving in the hot wire is compared with the current returning in the neutral wire. Ordinarily these should be exactly the same. However, if there is some current leakage from the circuit, perhaps due to deteriorated insulation or perhaps due to accidental contact by a person, the two currents will not balance and a device called a residual current circuit breaker (RCCB or just RCB) can sense the imbalance and cut the power. These devices have a test button that creates an imbalance to prove that the circuit will be broken.

The devices work in different ways but they are often confused and there is only one way to tell which is in use and how much protection is provided. The older ELCB is characterized by having two ground terminals that allow the ground current to run through it.

In theory only one RCCB is needed in a residential system, but in practice if the breaker trips during the hours of darkness a different hazard is created. Having several breakers means there should still be light if one of them trips.

ELCBs are now considered obsolete, but many are still in service. Fortunately an RCCB will still work if added to an ELCB system. Electrical outlets that incorporate an RCCB are available. Extension cables are available that incorporate an RCCB and which provide full protection whatever outlet they are plugged in to. A double insulated device fed via an RCCB is about as safe as it gets.

The ELCB and the RCCB are only considering leakage currents and they do not respond to overcurrent faults. In some cases overcurrent sensing is included, so that an RCCB becomes an RCBO (O for overload) in Europe/UK and a GFCI (Ground Fault Circuit Interrupter) in North America. Acronyms Rule! 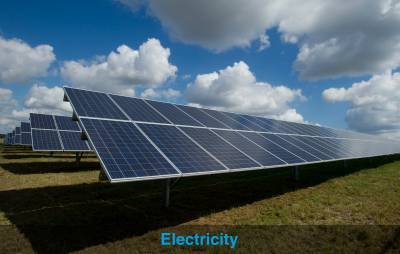