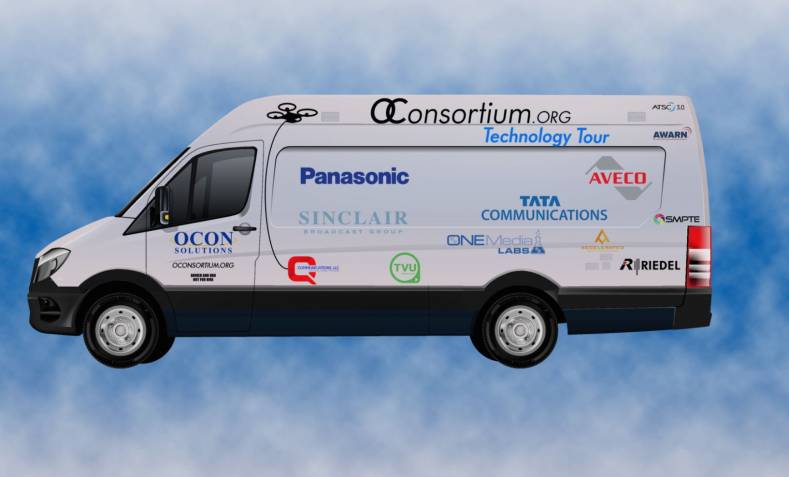 NextGenTV continues moving forward in a challenging climate of lock-downs, jabs, masks, pandemics and parts shortages. The void of major technology and trade show events such as CES, NAB and IBC hasn’t helped the industry spread the excitement among consumers, as was initially anticipated.

However, the Texas Association of Broadcasters (TAB) convention and trade show recently attracted more than 100 exhibits, 30 sessions and over 1000 visitors on 3-4 August 2021. Hopefully, this indicates a trend that will continue.

Up next in 2021 is the NextGen Broadcast Conference on 25 and 26 August. It will be a hybrid in-person/livestreamed event taking place at the Reagan International Commerce Center in Washington, D.C. The event will feature the ATSC Annual Member Meeting and member reception on August 25, followed by a full day of conference programming open to all on August 26. The conference will conclude with the presentation of the 2021 Bernard J. Lechner Outstanding Contributor Award and Mark Richer Industry Leadership Medal.

The NextGen TV Forecast
According to a recent ATSC President’s Memo from Madeleine Noland, “The industry is moving full steam ahead with the ATSC 3.0 rollout in the U.S. Additional markets are launching NextGen TV services apace, with 38 cities now offering a combined 139 services. Over 70 models of NextGen-capable television sets are available, and CTA recently increased its forecast for 2021 NextGen TV sales by almost 300% from their January projection of 800,000 units to a new mid-year projection of 2.1 million units, and they anticipate that by 2023 over 25% of televisions sold will be NextGen TVs. The NextGen Broadcast Conference will cover these important developments and many other topics. In addition to an outstanding program, there will be up to 20 exhibitors showing off the latest tools and solutions for the broadcast ecosystem, and logistical planning is underway for an OConsortium Technology Tour stop right at the conference location.”

She said “ATSC is working closely with the Reagan Center to ensure that health and safety protocols are in place in accordance with the latest information from federal and local authorities and the venue’s own requirements. As of this writing, masks must be worn by all attendees regardless of vaccination status. Complete and up-to-date information about COVID protocols can be found at the Reagan International Commerce Center website. ATSC will send regular communications to registered attendees leading up to the event, reminding folks of the protocols, including any updates that may emerge over the next couple of weeks.”

While final preparations are being made for the NextGen Broadcast Conference, ATSC is planning its return to Las Vegas where it will exhibit and participate in both the October NAB Show and CES 2022 in early January.

NextGenTV Tech Road Tour
The OConsortium, a group of broadcasters and tech vendors collaborating on technology development and advancing broadcast education, is launching the first leg of a nationwide Technology Tour on Wednesday 18 Aug. in the parking lot of Sinclair Broadcast Group station WSTM in Syracuse, NY, from 11 am to 3 pm.

The Tour will visit more than 20 destinations from New York to Florida with a specially designed van showing off cutting-edge IP and broadcast technologies on the initial leg of the Tour. The Tour will give broadcasters and other visitors the opportunity to learn firsthand about technical developments in IP-based production, automation, MAM, AI, ML, ATSC 3.0, remote production, IP networks, mesh networks and drones, in a pandemic-safe outdoor environment. Visitors will need complimentary tickets to attend.

From the first Tour stop at SBG's WSTM in Syracuse, the Tour moves to WNYO in Buffalo NY on 19 August and on to SMPTE HQ in White Plains NY on 20 August.

The Tour will be set up at Maryland PBS at Owings Mill MD on 24 August, followed that same day with a stop at Sinclair Broadcast Group in Hunt Valley MD. On 25 August, the Tour will be on site at the ATSC 3.0 National Conference in Washington D.C. It will then be at WJLA in Arlington VA on 27 August, and the WRAL Tower in Gardner NC on 30 August.

Following a break for the US Labor Day holiday weekend, the Tour will visit the Experience Conference in Miami Fl on 7 September. The next day on the 8th, the Tour will be at Sinclair in West Palm Beach FL, and the ATSC Tower in Tampa Bay FL on 9 September. The exact location of the last two events is being determined.

Meanwhile in Indiana
Four leading TV stations in the Indianapolis market signed on NextGenTV signals earlier this month. Those stations include Scripps WRTV (ABC), Nexstar’s WTTK (CBS) and WXIN (FOX), and TEGNA’s WTHR (NBC). The Indianapolis launch follows a decade of development and months of planning and preparation by the local stations.

BitPath, which is developing new data broadcasting services, led the planning process and it coordinated efforts across the four television stations. WTTK and WXIN will be charter members of the BitPath data broadcast network, launching later this year.