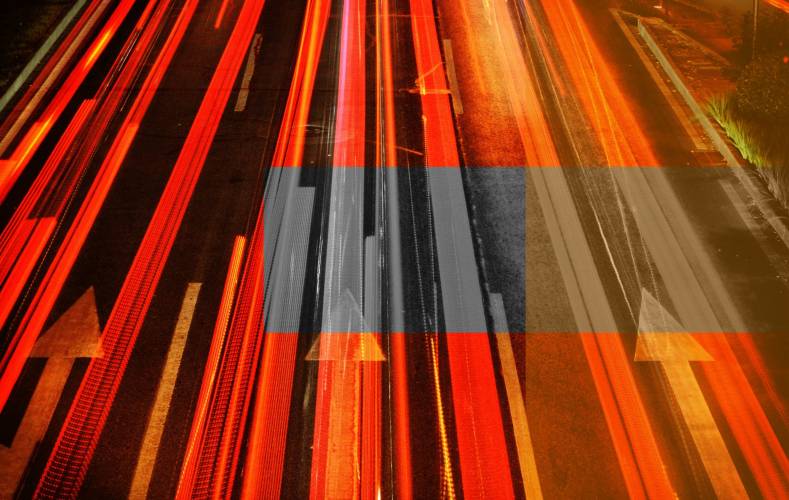 Many broadcasters are moving to IP because of the immense flexibility it offers, especially when we consider the availability of 4K, HDR, WCG and higher frame rates. Distribution of multiple audio streams lends itself well to IP and many other services such as intercom, monitoring, and control can be easily added.

The principle challenge we have with distributing low latency video and audio over IP is attributed to configuring multicast streams and creating an out-of-band timing plane. From the earliest days of broadcasting the synchronizing information was embedded in the video signal and this system continued through to SDI. It’s only when ST-2110 was introduced did we separate the video and audio essence from in-band timing.

Scalable Resource
Flexibility and scalability lend themselves well to IP infrastructures. The IT industry demonstrates this on a daily basis through network scaling and resource expansion. When COTS methodologies are employed it’s relatively easy to increase server resource and network capacity. Software defined networks and workflows facilitate this especially if cloud systems are used.

Both video and audio streams are inherently synchronous. This isn’t just about maintaining lip-sync but guaranteeing the number of video frames and audio samples created by the source devices are played back in time by the display and loudspeaker systems. If a microphone is creating audio samples faster than a loudspeaker can decode and play them then buffer overflow will occur leading to horrible audio distortion. Underflow occurs when not enough samples are created resulting in a similar distortion.

Synchronization Matters
Although the original reasons for maintaining video synchronization may have disappeared into the history books, the principle is still maintained. That is, every video frame and audio sample created, must be played back synchronously for the viewer. And this is where our challenges for timing emanate.

PTP as an out-of-band timing system provides a reference that allows video frames and audio samples to be uniformly created and synchronously viewed. The time-invariant nature of signal sampling cannot be underestimated as any variance in the sample rate will also result in non-linear distortion that is difficult to correct.

Timing systems are well understood in industry and broadcasters have adopted PTP with its wealth of experience already well documented. However, this is a highly complex protocol with many intricacies. Monitoring isn’t as straightforward as checking sync pulses on an oscilloscope, and synchronizing disparate systems requires a deep understanding of networks and their topologies.

Solutions For Applications
That said, ST-2110 with PTP is continuing to gain a lot of interest and broadcasters are finding applications where it excels. Predominantly, these tend to be fixed installations where IT and broadcast teams come together to design, install, and maintain IP infrastructures. OB’s do use ST-2110 and IP as its adoption greatly reduces the amount of cabling that results in reduced axle weight. But again, these tend to be components of much larger infrastructures where support teams have had time to understand and test this new technology.

There is more to IP than distributing video and audio; it also includes transport of control and monitoring information. For example, live studio and OB cameras need OCPs for shading, line-up, and monitoring, and these often connect to the CCU using IP. System control, routing and tally all benefit from IP as it saves on having to install custom cabling for standards such as RS422. Not only is this difficult, but custom routing systems are needed to switch control signals, further adding to the complexity and weight.

SDI is a relatively static system and works with a limited number of formats, and SMPTE have done a fantastic job of keeping up with the latest broadcast standards to distribute signals. For example, 4K120P can be distributed over 12G SDI cabling along with HLG HDR and WCG. However, any non-broadcast formats are difficult to transfer.

Fiber Distribution
Limited to one service per cable, and sometimes less when dual and quad SDI are used, SDI uses a massive amount of cable that is heavy, cumbersome, and difficult to maintain. It’s always the center cable tie-wrapped in a large bundle that breaks. As IP is a packet switched network the topology is completely different from circuit switched systems such as SDI, facilitating many streams to be distributed over single cables, whether fiber or twisted pair.

Cable management is a concern for many remote installations. This may not be the case for fixed broadcast facilities, but even these have limited capacity for cabling especially when considering underfloor and elevator capacity.

As in all things engineering there is always a compromise and balance to be struck. SDI may be static but is easy to use, whereas IP and ST-2110 is incredibly flexible but difficult to configure and maintain.

TDM – A Third Way
Until recently broadcasters have had to make a stark choice between SDI and IP for their installations. Balancing the requirements, advantages, and disadvantages, is often a difficult task. However, a further compromise is now available, that is TDM (Time Division Multiplexing).

TDM systems tend to be vendor specific, and this is one of their greatest strengths as managed networks simplify designs. Multiple signal types are integrated into aggregators that multiplex them onto single fiber channels. This provides all the advantages of SDI simplicity with the flexibility of IP networks and distribution, but with much of the complexity taken away.

Furthermore, cable management becomes much easier as the aggregators join through fiber connections to make a simplified network. Instead of having to run a new cable between two trucks or a truck and the arena for each signal, a new stream within the network is established through the management interface to provide virtual circuits. And the aggregators can also process video and audio so that they act as signal processors. This includes frame synchronization, HD to SD and standards conversion.

In the next two articles we will take a deeper look at TDM and the associated networks to understand how they benefit broadcasters.