When composing and lighting scenes, DOP’s usually seek to maximize texture and perspective. The rationale is simple: We live in a world that is unmistakably three-dimensional, so DOPs seeking to faithfully represent the natural world exploit a range of ways to promote the three-dimensional illusion.

For centuries, the challenge of fine artists, photographers, and others, has been how to represent the 3D world on a 2D canvas. Like the Great Master painters, skilled DOPs design their shots to incorporate a bevy of three-dimensional depth cues. This has the (usually) desired effect of reassuring viewers that the cinematic world depicted on screen is real, that the characters that we light, model, and move around with, actually exist in a flat two-dimensional medium.

Striving to re-create the real world on screen, DOPs typically look for every opportunity to foster the three-dimensional illusion. In this scene (a), the narrowing of the railroad track communicates a strong sense of depth and realism. b) The goal of DOPs: On this Rome street, the viewer understands logically that the stones at the top and bottom of the frame are the same size. If the stones don't appear that way, it must be because they are receding into the distance. – into the third dimension. 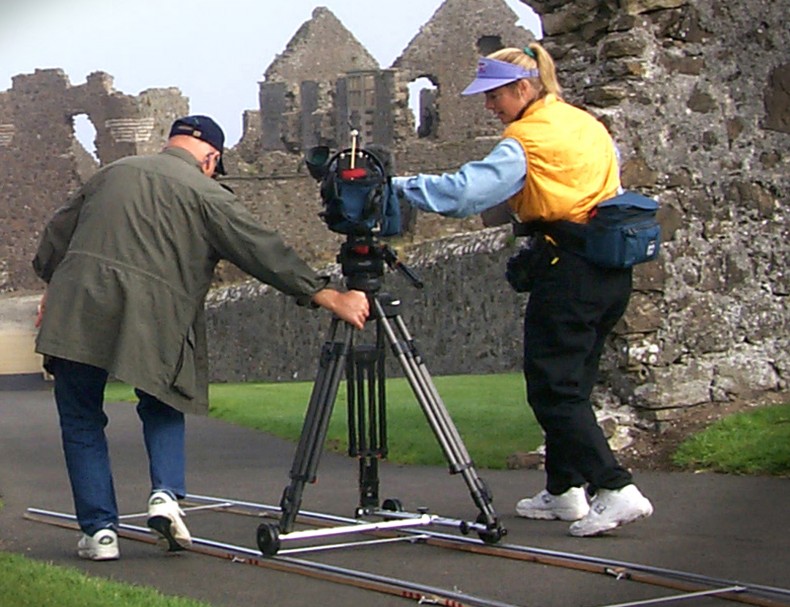 Introducing a bevy of motion depth cues, the moving camera on a dolly or slider communicates a strong sense of the three-dimensional world.

A moving camera can similarly enhance the three-dimensional illusion and communicate greater realism. Employing a slider, dolly, or drone, DOPs introduce a flood of motion depth cues to sell the three-dimensional ruse. Audiences experiencing the effect of a tracking or moving camera know and understand that the movement of the camera is constant relative to objects in the scene. If an object appears to be moving faster or slower on screen, it can only mean in the minds of viewers that the object is nearer or further from the camera in the third-dimension.

Making note of the world around us, DOPs are constantly looking to integrate motion depth cues into their designs and compositions of shots.

To the viewer, effective motion cues aren’t necessarily limited to the moving camera. The relative size of objects also plays a role. A jetliner, landing or taking off, at or near the horizon, appears small and stationary in the sky. Viewers know and understand from how the world works, that a jetliner is massive and likely moving at over 200mph, so how can it appear so small and standing still? It can only be, logically, in the recesses of viewers’ minds because the airliner is so far away. 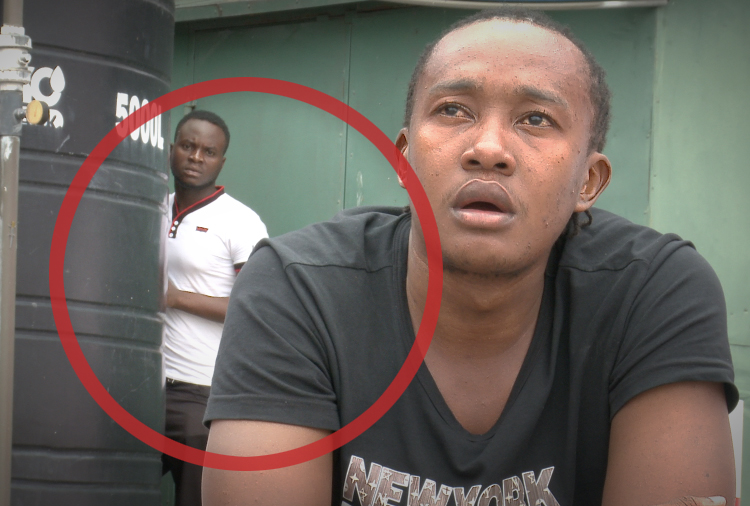 We block actors by placing one behind the other to take advantage of occlusion – a powerful three-dimensional depth cue.

In this way, the business of the DOP is about supporting and controlling the three-dimensional illusion. We block actors, for example, by placing one slightly behind the other, thereby introducing powerful occlusion depth cues. Of course, viewers understand that actors don’t really disappear when blocked by other actors. Effective blocking i.e. taking ample advantage of occlusion depth cues, helps communicate to viewers that the characters in a story are living, breathing entities that actually exist in the ersatz, make-believe world of film and television. 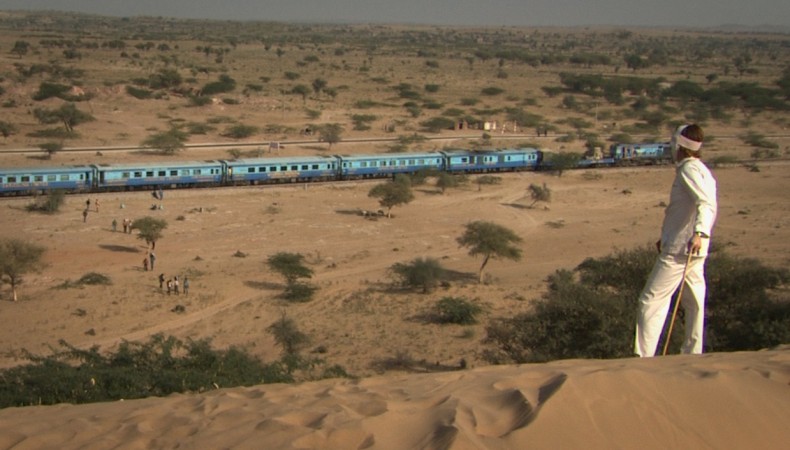 Juxtaposing a train and actor in the same frame effectively communicates the third dimension. If the actor appears larger relative to the train, the train must be far away, contributing to the scene’s realism.

This discussion may seem pedantic, but the fact is, most DOPs have a clear and compelling desire to re-create the physical world we live in, and that includes how we approach and light our scenes.

In general, we place our lights in such a way to maximize the texture of objects. These objects, having size and shape, are apt to cast shadows and exhibit various degrees of highlights reflected off their surfaces. Aiming to promote the three-dimensional illusion, DOPs pay particular attention to the character of highlights and shadows because only three-dimensional objects, like the kind that exist in the real world, exhibit texture, highlights, and are able to cast shadows.

In the real world, only three-dimensional objects truly exhibit texture. a) Making use of a gobo or ‘cookie’, DOPs often project a pattern like a tree branch or window frame to break up larger, monochromatic surfaces like walls and ceilings. b) The strong highlights evident in the billiard balls are strong indicators that the scene is real. It has dimension.

Shooting talent, DOPs routinely direct the subject’s gaze at a point between the camera and the key light. The resulting shadow, raking across an actor’s face, reveals the lines and details of character that evoke the story and communicate a heightened sense of the third dimension. While the soft, raking shadow produces a flattering, three-dimensional portrait, DOPs must be careful to avoid revealing too much texture and unwanted detail in the of the skin and face.

However, in this context, when shooting close-ups of talent, too much three-dimensionality can be problematic, revealing excessive detail and texture in the skin and face. Reducing the visibility of facial blemishes or other defects in certain actresses or aging stars may require a multi-pronged attack. Attenuating the skin detail in-camera, employing a glimmer glass filter like a Tiffen Black Satin, increasing the fill lighting, and/or adding a touch of makeup can all help to mitigate the undesirable detail and texture, and rein in the undesirable three-dimensionality.

Remember: While promoting the three-dimensional illusion is an integral part of lighting and composing scenes, as in all things related to the DOP’s craft, let good taste always be your guide.