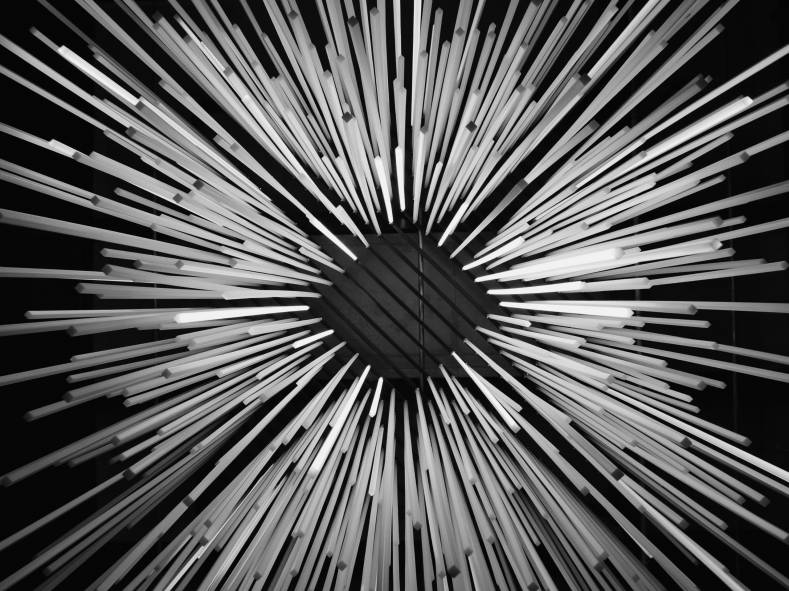 We live an era of immensely powerful post-production tools with advanced color-correction and software plug-ins to serve every conceivable function. We can routinely remove guy wires from scenes, change day to night, and add just the right amount of coral or other color to fit any desired mood or impulse. Accordingly, some engineers and DITs grow livid at the thought of placing any camera filter over the lens, arguing the practice is no longer warranted or advisable. Why, they say, bake in a look during image capture that can’t be changed later? Besides, they argue, sometimes quite vociferously, the additional glass surfaces placed in a light path can only lower resolution and contrast, and increase flare, which surely no responsible DOP would ever want to introduce in an irreversible way.

Aesthetic considerations aside, and there are many, it’s important to bear in mind that the impact of certain camera filters cannot be satisfactorily recreated in post. The polarizing filter, in particular, can often increase detail and contrast in the captured image, improving detail rendering in the sky and clouds, for example, and reducing the glare off glass surfaces that can dramatically increase flare and degrade resolution. No amount of post manipulation with even the most sophisticated tools can add back the detail not captured in the first place. Sure, we can make a stab at it in post, introducing a simple darkened sky or approximating blown-out detail in Resolve, but let’s just call it what it is, an interpolated stab in the dark, with plenty of noise to go with it, especially apparent in a deep blue, 20,000K northern sky. 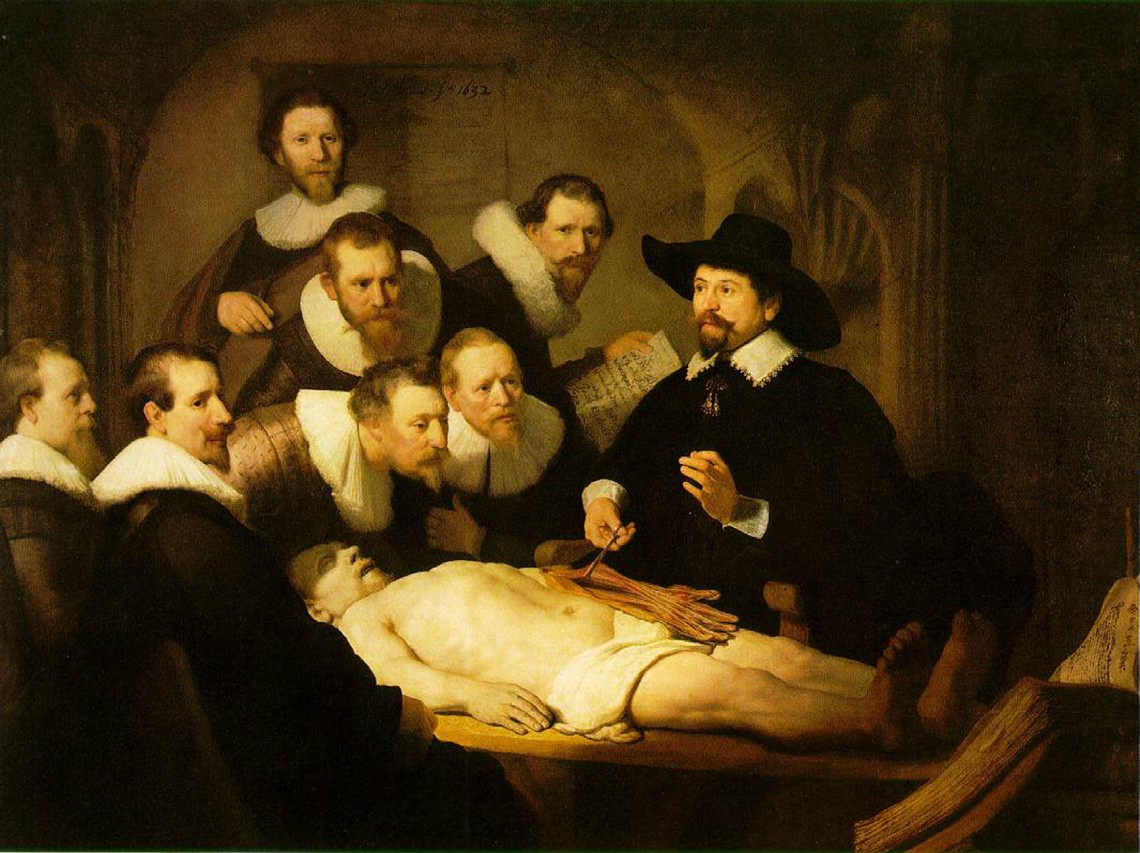 Figure 1 - Consider adding fill light. Rembrandt probably never gave it a thought, but his unfilled shadows can be the source of copious noise in digital video. Quiet shadows are happy shadows especially in HDR!

Polarizers come in two flavors: The simple linear polarizer is used to attenuate reflections and effectively darken the northern sky (in the northern hemisphere), which tends to be polarized already to some degree. The circular polarizer adds a quarter-wave surface to produce a circularly-polarized pattern that presents fewer inherent conflicts with the auto-focus, light-metering sensors in modern digital cameras.

Needless to say, a show’s look provides a powerful storytelling cue, communicating to the viewer the program’s intended genre and tone. Most DOPs are already aware how frame rate can impact the visual story: Frame rates above 30 FPS tend to convey greater immediacy useful when presenting news, sports, and most non-fiction program, while lower progressive frames at 24FPS, for example, create a look consistent with stories and dramas often set in the past. 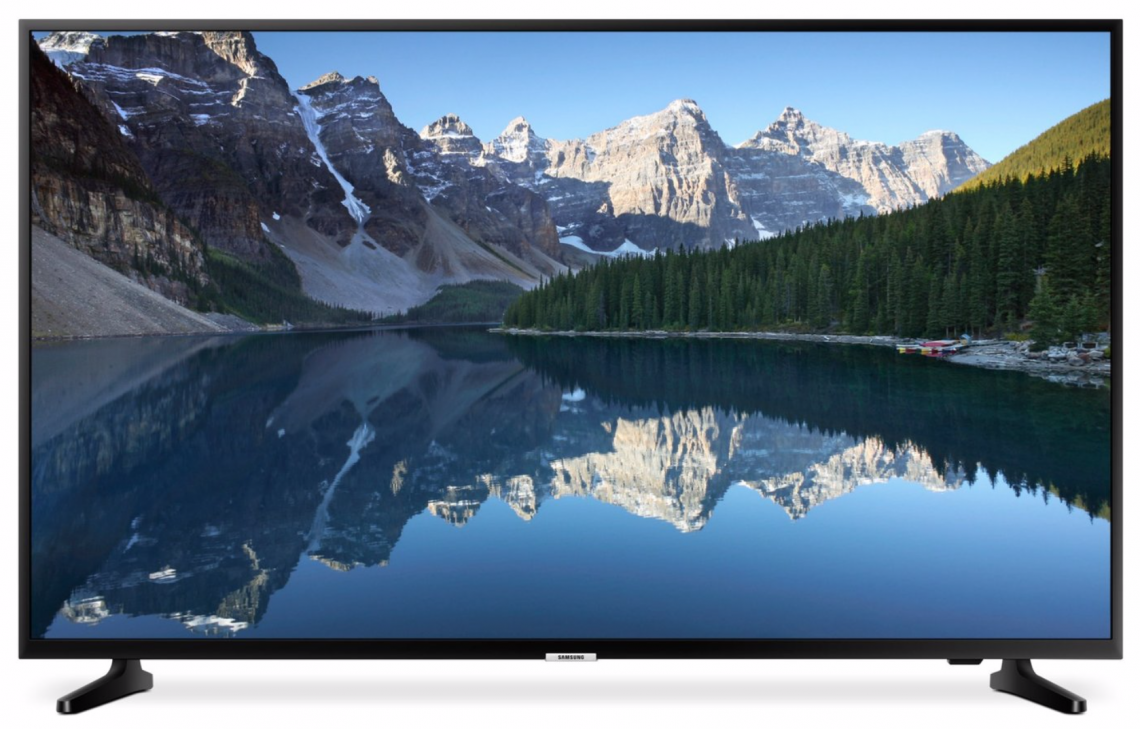 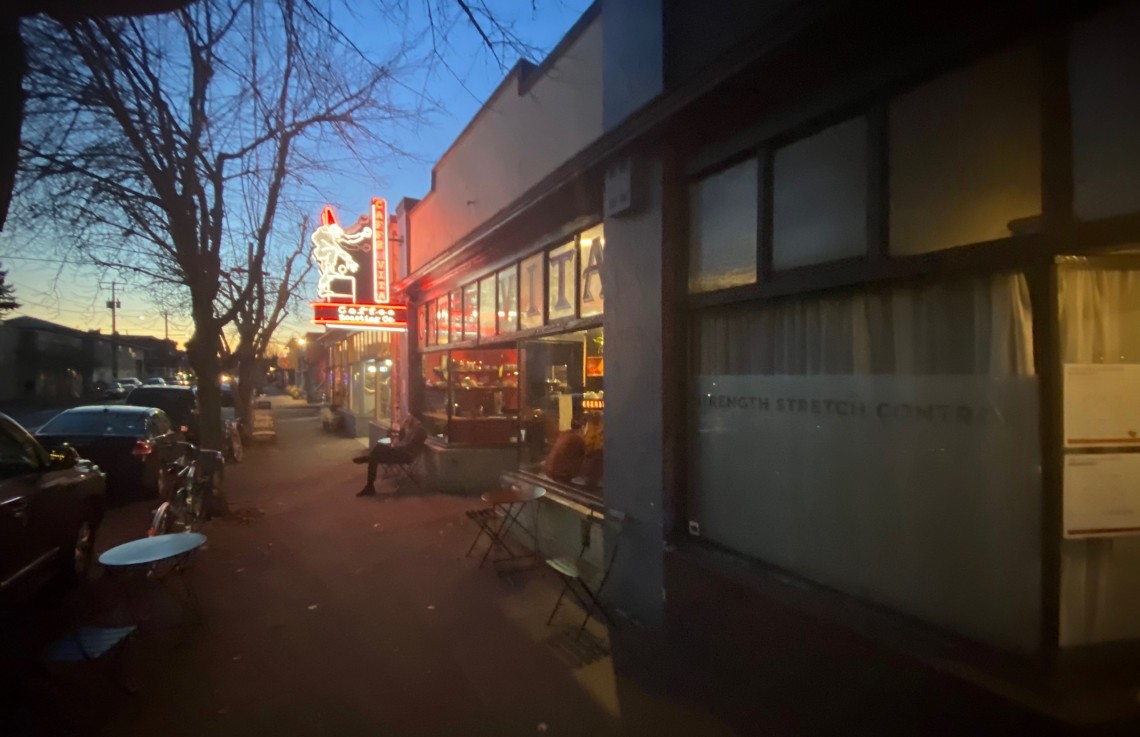 Figure 2c.
a) LCD big screen TV; b) shadowy scene c) typical exterior. Today, with the advent of larger, brighter HDR displays, we need on-camera optical filters more than ever. This is especially true when it comes to tamping down the noise in deep shadow areas and retaining more detail in the sky in the brightest highlights.

For DOPs, the communication of genre is among the most critical aspects of our craft.

Comedies, in general, look sharper, bluer, and more immediate, while dramas look more diffused, warmer, like the proverbial storyteller around a campfire prefacing a tale: ‘Let me tell you a story…’

It is the shooter’s responsibility to create a look that is consistent with the program’s intended genre from the very first frame. Audiences shouldn’t be laughing most of the time while watching a drama; and viewers shouldn’t be sitting on their hands most of the time when viewing a comedy. Audiences are willing to laugh or cry, but it is the DOP’s job to appropriately communicate the intended genre as efficiently as possible. We do it with our lighting. We do it with our framing. And we do it by presenting the appropriate look that requires, still, more often than not, use of the appropriate on-camera enhancing filter. 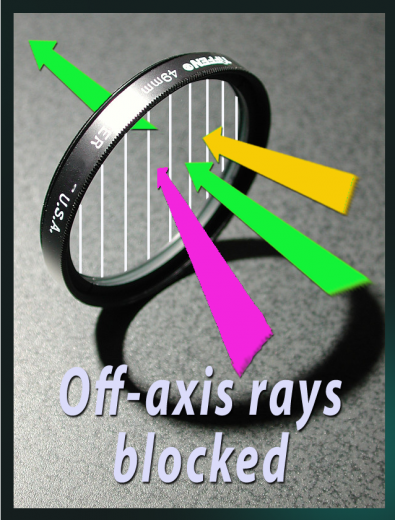 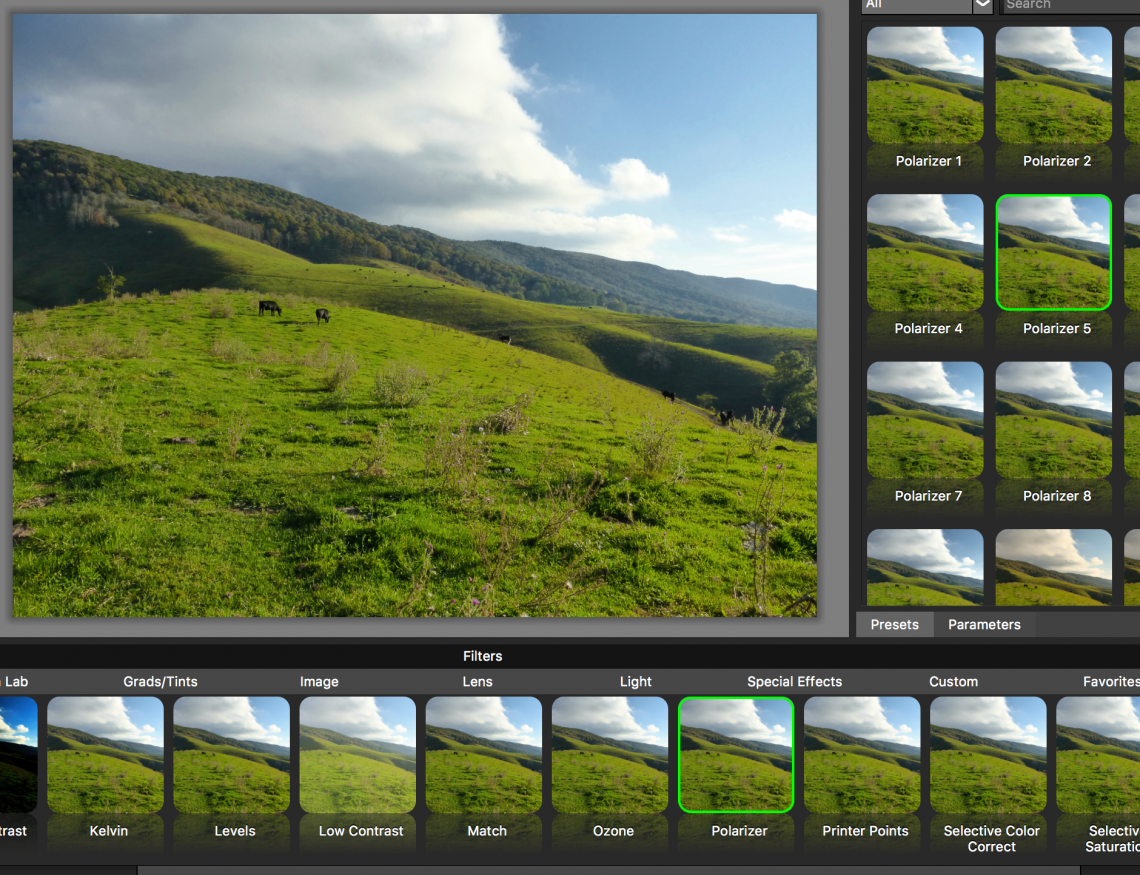 Figure 3c.
a) Cape Lookout, Oregon b) polarizer c) Toolfarms software polarizer. The polarizer is among the most heavily used filters in a DOP’s kit and for good reason: It is the only filter that can increase contrast and resolution. As such, the polarizer is indispensable for shooting exteriors like land or cityscapes, which tend to be low in contrast due to a camera’s (usually) small f-stop and the multiple layers of atmosphere through which we often shoot distant and expansive vistas. While software like Toolfarm’s Digital Film Tools can approximate to some degree the polarization effect by darkening the sky, for example, it cannot restore detail to a scene not captured in the first place, or remove the reflections from a glass surface that would have otherwise been attenuated with the physical glass filter. Given the state of today’s software, there doesn’t seem to be a viable solution, as the software itself tends to produce objectionable artifacts. The strategy of recording and treating multiple data sets and then combining layers has proved promising for still photography but is yet to prove feasible for video applications with moving planes.

Polarizers are not the only physical camera filters essential to a modern DOPs tool kit. Most DOPs today understand that an enhancing filter is not only required to communicate the appropriate mood and render the proper finish to an image, it is also essential for reducing noise, an imperative these days in an era of larger, much brighter home displays and HDR. Indeed, for many of us, abundant noise in the shadows, and highlights fouled by chromatic aberrations from poorly performing lenses, are Public Enemies Number One and Two.

While most cameras today require only minimal futzing to produce what many folks consider a decent picture, the smart shooter understands the value of a noise-free image, and surely, to this end, a physical filter is the most efficient, practical way to achieve it. This is because a proper tightening filter like the Schneider Digicon placed in front of a lens optimizes the contrast and detail of an image falling onto the sensor, thus facilitating the most efficient processing and downstream compression possible, and especially reducing the risk of moiré. 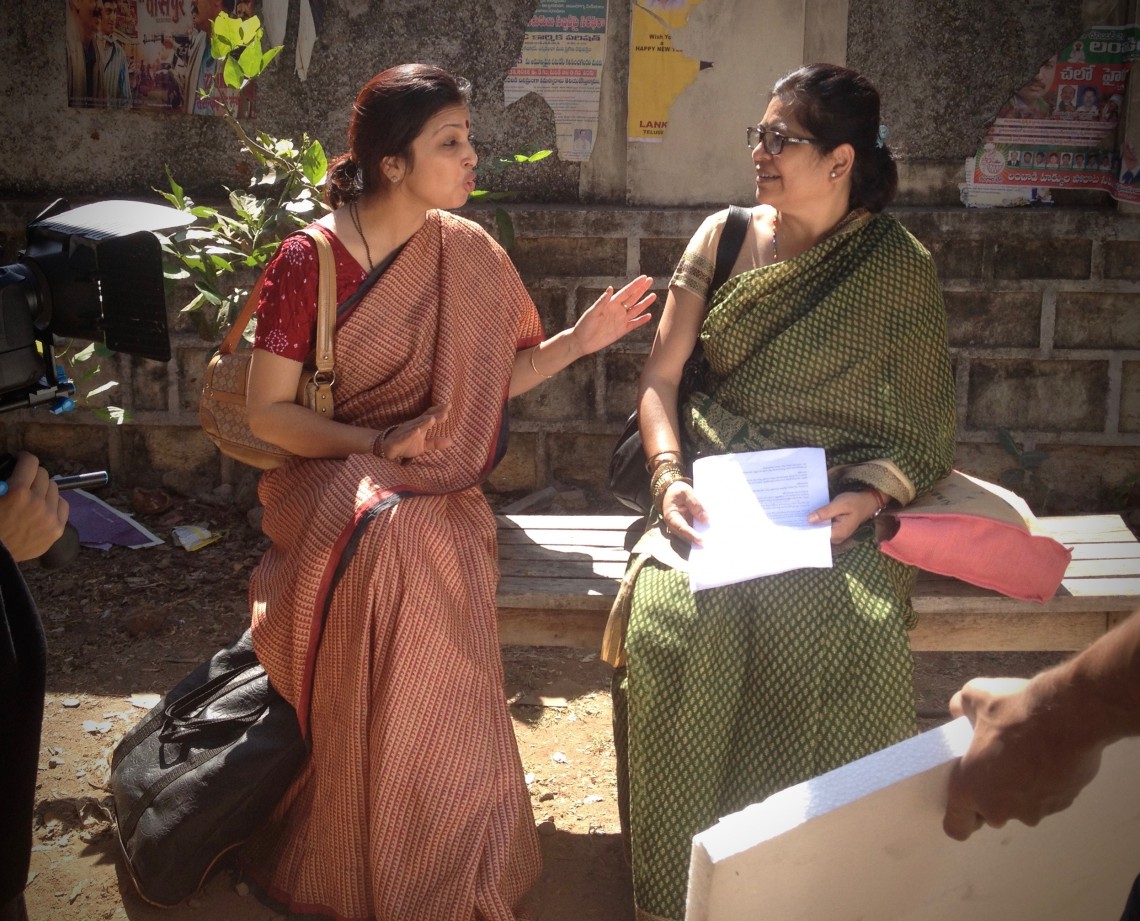 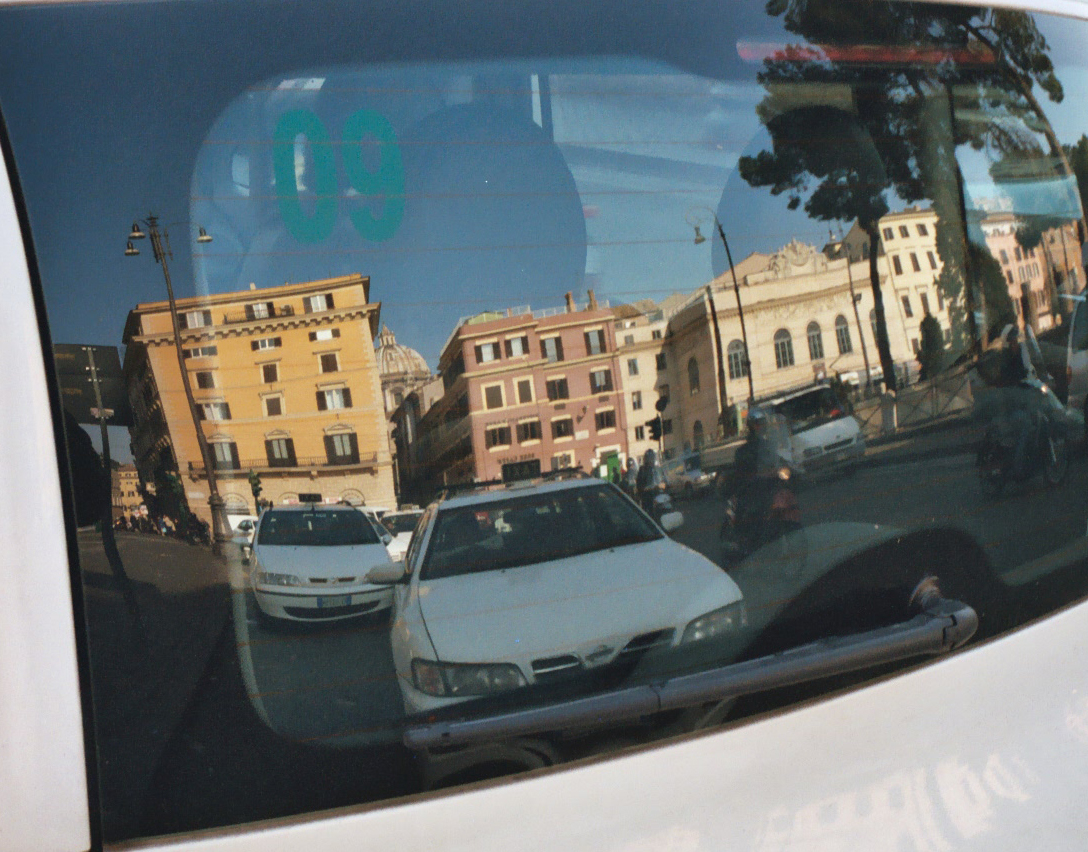 Figure 4b.
a) actress b) reflections in car window. While DOPs can benefit mostly from using a polarizer to shoot daylight exteriors, special care should be exercised when working with talent under bright conditions. The polarizing filter may improve an actor’s skin tone by attenuating a portion of the sun’s glare. At the same time, the increased contrast may increase the visibility of blemishes, surface veins, and other defects, so a polarizer should always be used with care when shooting actors’ close-ups. b) Polarizers may also reduce or eliminate helpful window reflections that add three-dimensionality to a scene. Don’t kill reflections and highlights that enhance your visual story!

Weak tightening filters like the Schneider Digicon and the Tiffen Satin/Pearlescent can help reduce fine detail artifacts in the deeper shadows, and also in the skin of talent; the reduced noise being particularly critical as such artifacts may be amplified and made much more apparent on todays’ larger, brighter TVs of 1000 nits or more. 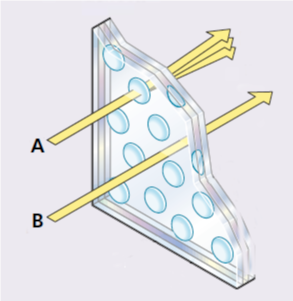 Figure 5 - The complex interplay of light passing through a physical glass filter cannot be precisely recreated in software. Tightening ‘diffusion’ filters like the Schneider Digicon and Tiffen Satin add atmosphere and mood, improve skin tones, and help reduce noise. In some cases, lowering a camera’s master detail (DTL) and CHROMA levels can have approximately the same effect.

These days, more than ever, capturing an improper look and hoping to ‘fix’ it in post is a dubious strategy since the unwanted attributes tend to be amplified downstream after compression or encoding, say, to a streaming platform like Netcaster. Remedial compensation in post might not even be possible as the countermeasures required to remedy shortcomings like excessive noise, or a blown-out sky are likely themselves to produce objectionable artifacts.

While most color correction and effect filters can be approximated in software like Toolfarm’s Digital Film Tools and Red Giant’s omnipotent Magic Bullet Suite, the delicate interplay of light through a glass element is not a process that lends itself to a generalized software solution. One need only consider a beam of light interacting with the thousands of tiny lenslets inside a Schneider Classic Soft Filter; the character, color, and direction of the beam are impacted in a myriad of unpredictable ways as it passes through and around the irregularly interspersed elements. Figure 6b.
a) Venice sky control b) graduated ‘sky control’ filter types. In daylight scenes, the DOP is frequently challenged by a bright sky that exceeds the dynamic range of the camera; the clipping of the sky and clouds conveys an amateur feeling. A sky control filter with a soft, hard, or attenuated edge, can help preserve critical shadow and highlight detail. In general, we use a soft-edge graduated filter with wide-angle lenses when shooting landscapes; the hard edge type is usually used with telephoto lenses to preserve the graduated effect.

The actual impact of a physical glass filter on an image depends on many factors like the lens’ aperture, strength of backlight, and whether the point sources in frame are sharply defined. All of these elements can significantly affect the look and feel of a scene.

Beyond this, the savvy shooter understands that a physical filter should be considered last, not first, after the scene’s lighting has been tweaked and diffused, and the various camera setup options have been addressed. In the absence of a physical filter, the DOP may approximate the effect of a tightening filter by reducing the cameras’ Master Detail (DTL) and color saturation (CHROMA). Even when using the appropriate on-camera filter, a committed effort should be made also to increase the level of fill light whenever possible to help mitigate noise in HDR production.