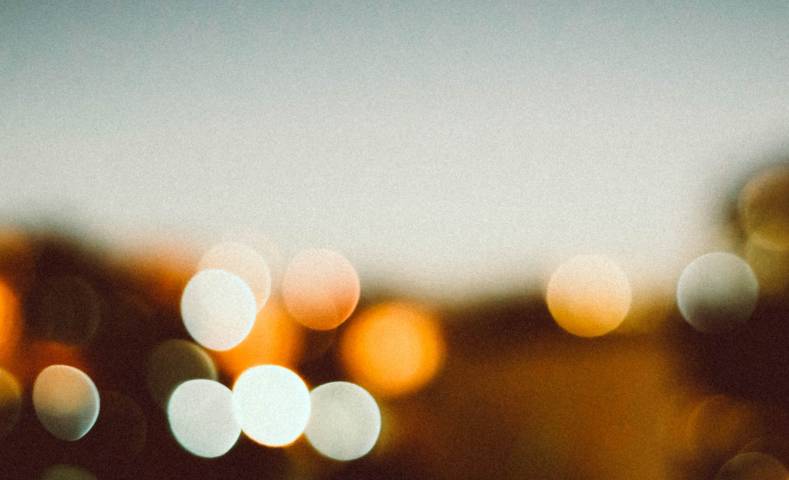 Before pandemics and the downsizing at traditional, broadcast news operations, many news and non-fiction DOPs were already assuming a significant role in post-production. Whereas frame rates, f-stops, and the character of our lenses, once formed the backbone of our expertise and practice, DOPs in the non-theatrical realm increasingly find ourselves in a different kind of ditty bag, as correspondent, writer, director, and ersatz editor – all rolled into a one-person-can-do-anything-and-everything mode.

For sure, the advent of the smartphone camera in every pocket has had a lot to do with it, as no- and low-cost mobile editors like LumaTouch’s LumaFusion are part and parcel of the device’s enormous capabilities we already hold in the palm of our hand. 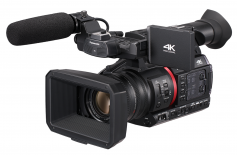 Panasonic CX350. Some latest-generation camcorders like the Panasonic CX350 feature built-in NDI/HX streaming capability through a CAT 6 connector. Given the recent trend to IP remote production and live streaming, this level of versatility in a camcorder is imperative.

With the transition to IP and remote production accelerating due to the pandemic, non-fiction DOPs have had no choice but to embrace this new normal, which increasingly includes a post-production role. Of course, we already use a range of post-camera tools to perform critical image-control tasks, like removing the flicker from discontinuous light sources or to stabilize shaky, handheld scenes. Now, beyond the exigencies of image remediation, we are moving headlong into a creative editorial role as well, selecting takes and compiling footage, even delivering a quasi-finished edited program while still in the field. 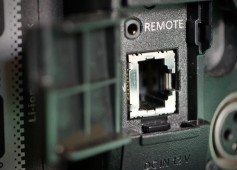 Of course, it isn’t so much of that DOPs are forsaking cinematography in favor of a cushier, more sedate life as ersatz editors. Instead, it’s more about the kinds of projects we are apt to pursue these days, and who is paying for them.

My own bread-and-butter work is a case in point: Shooting behind-the-scenes for feature films. When I recall my BTS work on the Lethal Weapon franchise in the 1980s and 1990s, my assignments couldn’t be more straightforward. Commissioned by Warner Bros. and HBO, I would shoot a wide range of content in and around the set, including extended interviews with the director and talent. I would then furnish the raw camera footage on videocassette to the editor, who would work with a writer (or writers) to assemble the finished show. In other words, DOPs shot, writers wrote, and editors edited. 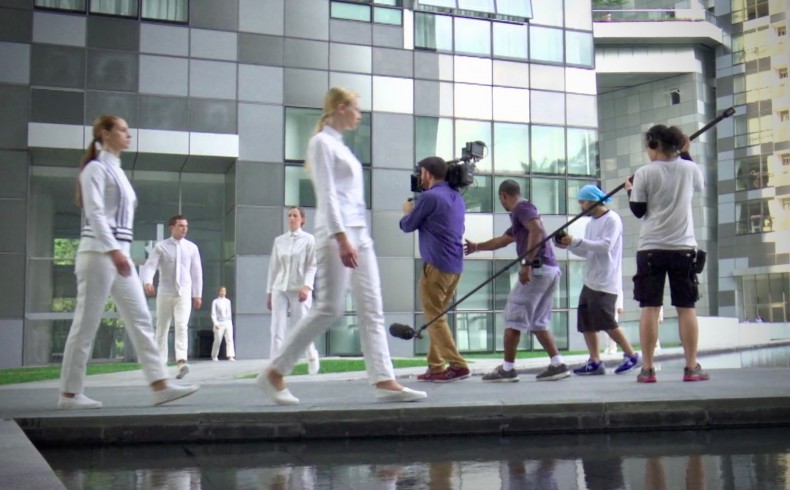 Beyond capturing compelling footage, non-fiction DOPs are increasingly assuming a post-production role. Shooting behind-the-scenes for feature films? Be prepared to assemble a 30-minute ‘Making Of’ featurette, six or more podcasts for the studio website, and a range of materials for the electronic press kit (EPK) including interviews with the director and cast. And oh yes. You may also need to provide a live stream directly from the set.

A decade or so later on films like The Darjeeling Limited and Moonrise Kingdom, my behind-the-scenes deliverables had expanded dramatically. By now, the studio’s publicity department had split into mini-fiefdoms – including home video and DVD, marketing, and special projects – all of whose chiefs contributed to, and played a role in, exploiting my BTS content. In the last few years, the exigencies of the Web and the immediacy it demanded required that I assemble daily a two or three-minute program for posting on the studio website, distribution to the press, and dissemination across social media - all the while, that is, often times operating remotely on a moving train in a far-off land or in a distant hotel room.

Today, DVD and home video are no more, elevating the need even further for DOPs to become proficient with various post-production strategies, especially streaming. A recent Facebook Live project, for example, reuniting the voice talent of the 1990s classic cartoon, Freakazoid, required, in addition to everything else, the simultaneous switching of multiple cameras, iPads, and computer screens. Undoubtedly, one might see this streaming/switching business as the proper role of a tech director or, possibly, an editor. To me, it demonstrated clearly that I had become an ersatz broadcaster as well! 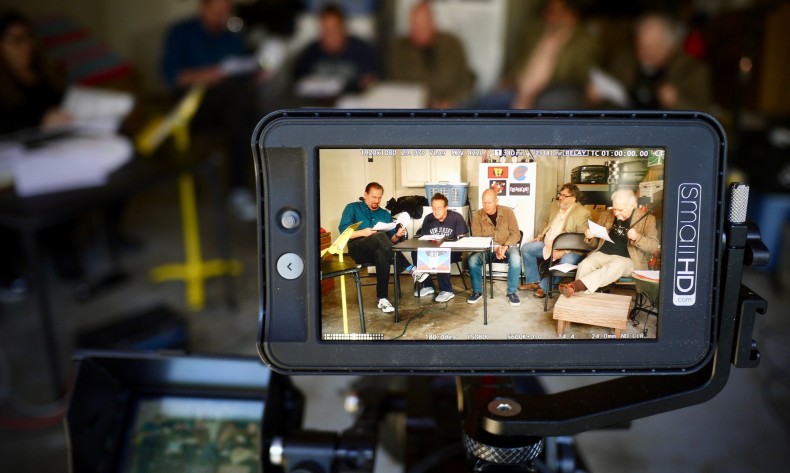 For non-fiction DOPs to prosper in an IP world, he or she must become a 21st century Leonardo DaVinci. Classical painting, printing presses, and helicopter designs, may not be our areas of expertise, but the trend is clearly towards DOPs who can do it all: shoot, write, edit, and stream live video. This Facebook Live event is reflective of the current trend; the DOP, in addition to everything else, simultaneously managing multiple cameras and inputs through a simple web switcher.

A quick pan around most corporate, news, and news magazine sets these days and the trend couldn’t be more apparent: Fueled by the pandemic and the advent of 5G, remote IP production is gaining in leaps and bounds, obviating the need for massive investments in studio hardware, mobile trucks, and pricey infrastructure. A modest facility in London or in our garage can receive live inputs from a multitude of sources from around the world, from camcorders, tablets, iPhones, and pretty much whatever else we have lying around in the IP arena. Producers are understandably looking around the set and who do they see, looking competent and confident? That’s right. Rightly or wrongly, a lot of producers these days of entertainment, music, and sports programs conclude logically it makes sense for DOPs to do it all. 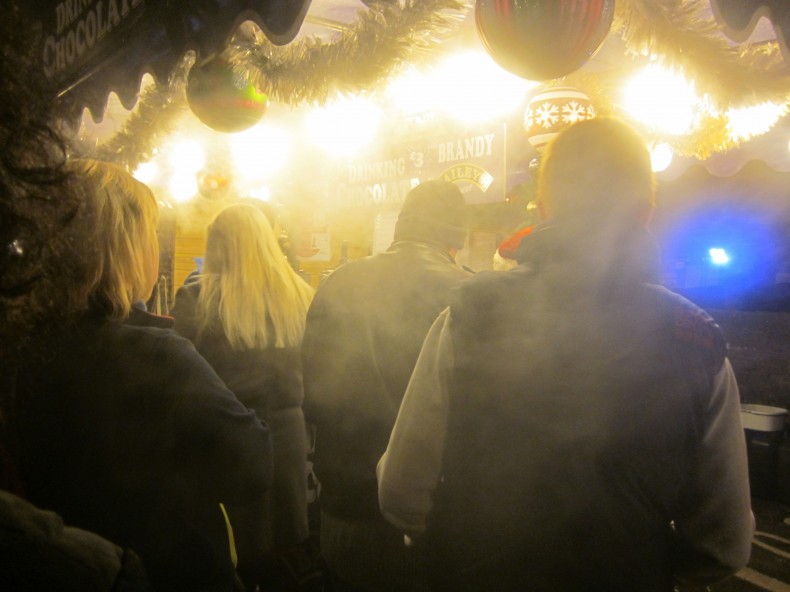 Looking ahead to 5G at 1000X the speed of current networks, DOPs will see a massive change in our responsibilities. For one thing, in sports, the uploading from the field of assembled footage, quickly and efficiently, will be a critical skill, as producers aim to forestall intoxicated fans in pubs producing their own highlight reels in near real-time, and uploading them to social media. Let us now all embrace the future - with gusto and a raised pint!

Well. Wait a second. Hold on. Actually, I have to think about that.

A major US network that broadcasts a popular news magazine show with millions of viewers every week recently called me for an assignment. Such a call, as appreciated as always, would be hardly notable – except for one thing. This time, the assignment wasn’t to shoot an interview with a presidential candidate, a celebrity by her pool in Bel Air, or a Labradoodle that sings opera. 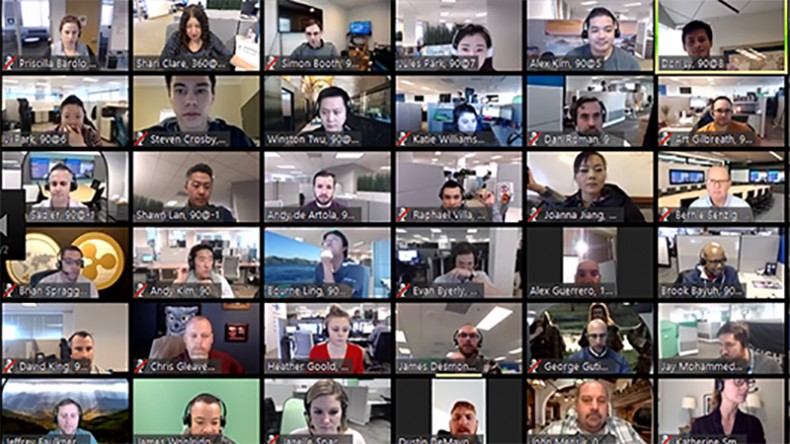 These are the times in which we live in. Camera setup and lighting for remote production, including ZOOM meetings, have all but transformed the DOP’s traditional role. Many of us are being asked to provide our expertise and train others in basic camera skills as well as a long list of other things, including audio setup, mic placement, and computer snafus.

No. This assignment was different, and it had something to do with training, as in helping a veteran correspondent to shoot her own assignment. She was travelling abroad, working solo, and had a few questions, like how to operate a small camcorder, set up its menus, frame shots, establish a proper eyeline, and set a key light. Of course, being a professional and a nice guy, I provided the requested basic training, and from all indications, everything worked out okay. Naturally, I didn’t mention all the other things DOPs are doing lately, like editing the finished show, streaming, posting to social media, running sound – and all the rest.

I still need to work.