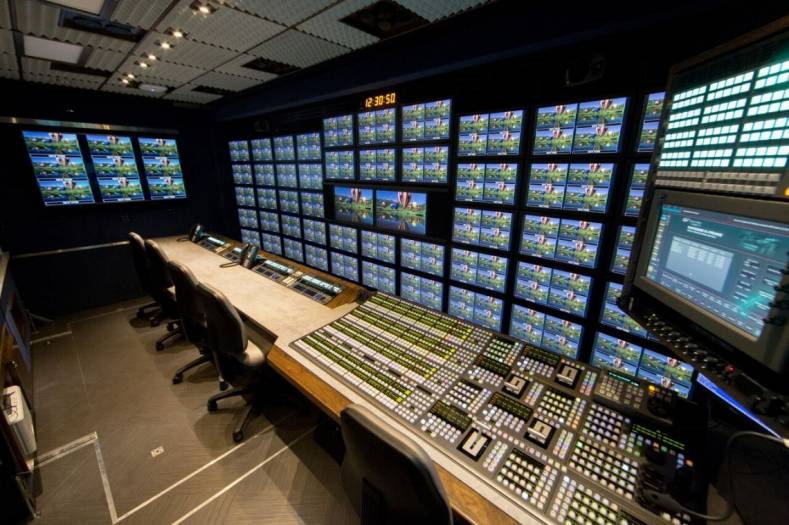 Yet, deploying the latest Internet Protocol (IP) technology to support 4K UHD and other non-traditional production elements is not without its challenges and, according to most people TheBroadcastBridge spoke to, is being done out of necessity. Live productions need more capacity for the ever-increasing amount of signals (high-resolution signals, more cameras, graphics, microphones, SloMo angles, etc.) that are critical to a major live telecast.

This is in light of the fact that no one has a clear understanding of a business model for 4K, which benefits from an IP backbone. It costs the client more because it costs the production company more (the equipment is more expensive). On the TV screen the resulting images look sharper, especially when high dynamic range (HDR)-capable equipment is used, but the ad dollars to support it are not yet there.

Undeterred, these veteran production companies, including F&F Productions (Clearwater, Florida), Game Creek Video (N.H.), Lyon Video (Columbus, Ohio), NEP Broadcasting (Pittsburgh, Penn.) TNDV: Television (Nashville, Tenn.) and others are beginning to roll out the next generation of television production trucks, complete with 4K video, 5.1 surround sound, augmented reality graphics, 4K slow-motion units and routers that can handle hundreds more signals than they could before. At the heart of these new rigs is an IP production workflow that facilitates a variety of benefits in flexibility and quality. It also allows a crew member to sit down at a workstation and call up and take control of any source in the truck. 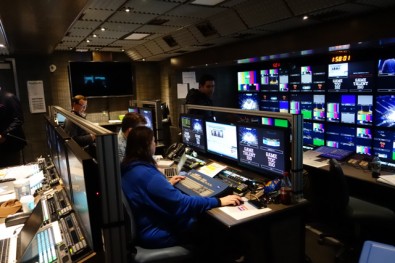 Game Creek’s “Encore” 4K UHD truck has over 1,200 individual signals that need to be routed during major telecasts like the NFL Super Bowl and the MLB World Series.

Game Creek Video, for one, has committed significant resources to building IP-enabled trucks, which generally cost about a third more to build than a standard HD production truck. The company is currently in the process of building its third such 52-ft., double-expando design in the past three years.

“We already have two IP router-based trucks on the road,” said Paul Bonar, chief technology officer at Game Creek, adding that third multi-million dollar production-studio-on-wheels will be finished in February 2018. “There are many advantages [to including an IP infrastructure on-board] but one of the main reasons we went IP was because of the shear amount of I/O that we needed. Base band routers were not large enough [in terms of signal switching capacity] yet small enough [in terms of physical space] to put in a truck.”

These trucks are not easy to build and cost more than a third more than a similarly equipped HD truck. And, according to Bonar and others, not many of the key production pieces (cameras, slow-motion replay units, and video monitors) were available when they began building the first truck, named “Encore,” two and a half years ago. The truck has over 1,200 individual signals that need to be routed during major telecasts like the NFL Super Bowl and the MLB World Series. 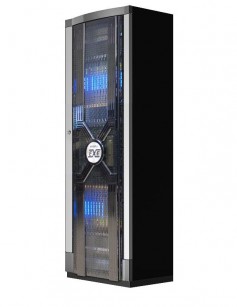 “We’d like to be all IP, but the equipment suppliers aren' there yet,” Bonar said. “So, we’re forced to place an IP switch right in the middle of a traditional HD workflow and convert all of the signals before they touch the 4K broadcast. An IP infrastructure is distributive, which allows you to save on cable weight and lengths and all kinds of different things that are very important to our industry.”

Baseband signals are converted with an IP Gateway card from Evertz Microsystems, which packetizes the SDI signal and sends it along to its desired destination via an Evertz IP router. This allows Game Creek to handle many more sources than a standard baseband SDI router can, in a smaller frame.

“It does have a tendency cause a lot of heat and uses a lot of power,” Bonar said.

Its newer IP truck Yogi—which carries numerous Sony 4K cameras, a Grass Valley K-Frame switcher and a Calrec Audio Apollo Surround Sound Console—is used by the YES Network to produce live New York Yankees telecasts. Along with a 72’x19′ (expanded) B-Unit support unit, it will also produce a MLB World Series telecast next year. It’s an IP-capable truck with all fiber-optic inputs and outputs. This allows them to use tactical fiber cabling, which is less eighty, easier to deploy and can move large amounts of data, including 4K signals. It also is used for getting into and out of the truck’s Evertz MViP multiviewers and EVS XT4 4K slow-motion replay units. 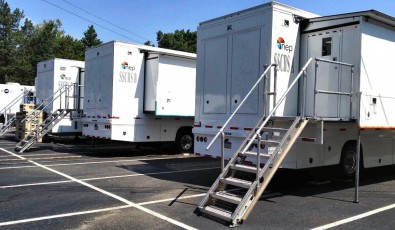 “We’re right on the edge of where manufacturers are starting to provide IP-capable equipment,” Bonar said, “but not full enough that we can make an all-IP based truck. At least for our standards and what we’re looking for.”

This type of infrastructure also allows a production company to remotely control the truck from another location without an on-board crew, when necessary. This saves their clients money.

Manufacturers of cameras, switchers, replay systems, are eager to offer the required equipment and have shown prototypes at various trade shows, but everyone is waiting for ratification of what’s being called SMPTE ST 2110 specification for video-over-IP production. SMPTE ST 2110 augments the already standardized SMPTE 2022-6 spec for video over IP and defines a transport and timing protocol for A/V and metadata. But, unlike 2022-6, the main idea is to split the signals into independent essences.

This approach makes audio processing much easier since no de-embedding or re-embedding is required. ST 2110 is composed of a number of existing standards including AES67 for uncompressed audio, RTC 4175, which defines video and SMPTE 2059 for clock synchronization. Splitting the video out reduces both bandwidth and latency since processing can begin at the receiving end without waiting until the complete frame has arrived.

The final details around SMPTE 2110 are still confidential, but the standards organization has hinted the standard it will be complete by the end of this year. Once that happens, expect to see production models available for sale shortly after. Lyon Video’s Lyon-11 4K UHD/HD truck is wired for 3Gbps and is built around an 10GE switch fabric with more than 1Tbps switching capacity.

Chad Snyder, chief operating officer at Lyon Video, said that the benefit of IP in live production is that the matrix I/O capacity has been increased without the massive amount of rack space required for a baseband router. That makes it capable of handling the increased amount of monitoring required for today’s largest events.

As part of its fleet, the company offers clients a 4K UHD/HD truck, “Lyon-11,” that’s wired for 3Gbps and is built around an Evertz IPX 10GE switch fabric with more than 1Tbps switching capacity. All baseband video is being converted to IP at the boundaries of the truck using Evertz IPG gateway products, which encapsulates SDI video over Ethernet in accordance to the SMPTE 2022-6 standard. The truck carries a dozen Grass Valley LDX 86 Universe UHD-HDR Cameras, a Grass Valley Kayenne switcher, and a Calrec Apollo digital audio console.

Snyder said his company hasn't built any All-IP trucks yet, solely because “we have not run out of router I/O router capacity in our trucks at this time.Our next full build will likely be IP and by that time most of the production equipment will be available with IP I/O. Once all the major devices natively support IP, that’s when our industry will realize the gains the IP world promises.”

Until then, production companies have no choice but to use SDI signals workflows. And that’s okay, because clients want to work the same way they always have.