The LTO Ultrium roadmap provides a degree of security when considering LTO backup and archiving versus other options. Image: The LTO Program

IT professionals have long been using LTO tape to back up critical files. However recently, as the number and size of media files continues to grow exponentially, media organizations have come to realize the value of LTO tape for archiving media libraries as well. This tutorial suggests ways to begin that process.

One of the best ways to ensure the longevity and accessibility of your LTO archive is to use the Linear Tape File System (LTFS), an open standard for backing up files to LTO tape. When you set up and manage your LTO tape archive using LTFS, you can mount a tape as a drive on your computer and access files as you would with a drive. In other words, LTFS makes your tape look like a disk. Also, because LTFS is an open, cross-platform system, and LTO tape is a widely accepted archiving medium that continues to advance, you can be confident knowing you’ll be able to access your media assets with any brand of LTO hardware for decades to come. 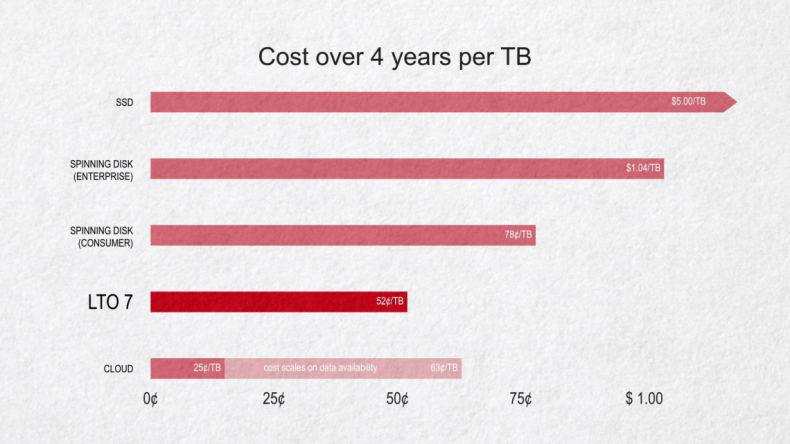 Cost of storage is always an important factor. As shown by this graph, LTO 7 is predicted to be lowest among common storage technologies. Image: Michael Kammes.

You’ve Settled on LTO/LTFS. Now What?

Once you’ve decided to create an LTO/LTFS archive, there are some things you need to consider in order to be successful with it. It’s not the same as copying files onto a hard disk and sticking it in a storage closet. The mechanics are different, so there are a few more steps, and there are rules associated with LTFS that require some forethought.

One thing to know is that LTO tapes are raw media that do not come formatted, so you have to format them before you can use them. You can format using terminal commands — a cumbersome process that few would undertake — or, when formatting for LTFS, you can do it using LTFS software. After that, any hardware that has LTFS software installed will be able to read the LTO tape. One of the defining characteristics of LTFS is that in the process of formatting, it partitions the tape so that one section stores the actual content and the other section stores an index of metadata. The index allows the tape to be self-describing, which improves archive management. It also helps ensure organizations are compliant with broadcast networks that require indexed tapes.

Another consideration is whether to format the drive in compressed mode, and the short answer is “no.” Operating in compressed mode is useful in the IT industry when backing up things like documents and text files. But in the media industry, where nearly all video files are already compressed into a format that saves space, there’s little to be gained by formatting a tape in compressed mode. In fact, it can slow down the writing and retrieval processes considerably.

Besides formatting considerations, there are rules related to LTFS that affect how you handle your archive. LTFS has its roots in the IT world, where most servers are running UNIX operating systems. In UNIX — and therefore in LTFS — certain characters, such as ampersands and backslashes, are reserved for formatting purposes and are off-limits in folder and file names. For those of us in the video world, who are used to using just about any character we want, those restrictions can cause trouble when setting up an LTFS file structure. That’s why it’s important to know those “illegal” characters and be diligent when naming files. If you use illegal characters, then the archive retrieval process could crash later.

PreRoll Post is an application that automates indexing camera originals, complete with thumbs, proxies and metadata, while backing up full resolution media to local disk and long-term LTO tapes, Optical Disc or local disk or server.

A related issue, and a common stumbling point for most people, is trying to back up files that contain links or references to media that are not part of the backup. Such files can cause restoration to fail because the application is trying to find a file that doesn’t exist. The same thing can happen with files that contain absolute paths, which trace back to a specific point on a hard disk but lead nowhere on a tape.

Advanced LTFS Software Can Be the Key to Success

All of those matters underscore the value of using paid LTFS software to set up and manage an LTO tape archive. The free software that comes with an LTO tape drive is meant only to get you up and running with LTFS so that you can see the contents of your tape in Finder or Explorer. Free software lets you browse the content, but it doesn’t make the content searchable, it doesn’t guide you through the process, and retrieval is excruciatingly slow.

On the other hand, having software that organizes files and keeps track of their positions on the tape is important for performance. Such software can quickly locate files and put them in a logical sequence for optimum retrieval and restore speeds. 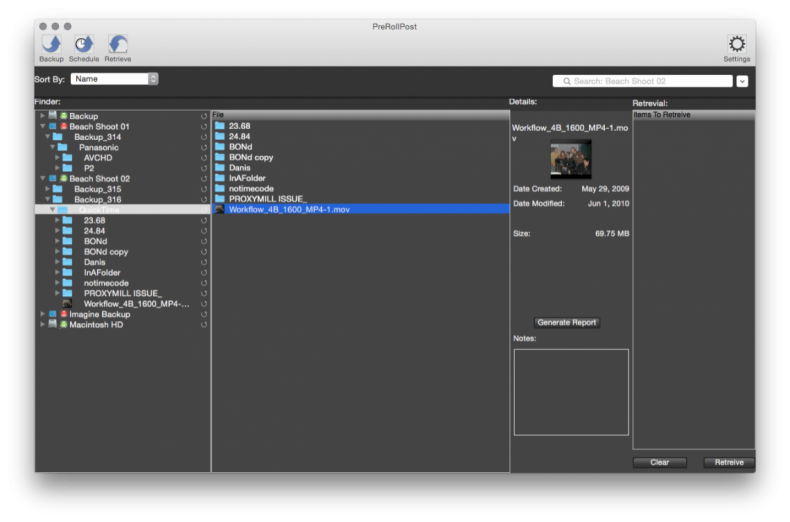 PreRoll Post takes advantage of the Linear File Transfer System (LTFS) supported by tape drive manufacturers. The LTFS mounts a tape as a volume (hard disk) within Explorer. This makes it possible to write and read from the tape as if it were a disk without proprietary software or formatting.

Beyond the performance benefits, paid software can walk you through the whole process in order to optimize the archive for video and avoid the pitfalls mentioned above. The idea is to create a good backup from the beginning to prevent problems down the line.

For instance, some paid software forces uncompressed mode during formatting and also automatically formats the tape to meet Discovery Channel’s file-structure specifications, which seem to be the most stringent in the industry right now.

Paid software also makes it easier when it’s time to copy files onto tape. Remember the rule about illegal characters? Advanced LTFS applications analyze names and flag problems with illegal characters so you can fix them before you start the backup. With certain software, you can even configure it to replace illegal characters automatically during the backup process and then restore those characters when you restore the files. This capability is helpful in cases where it’s important to keep the same file name regardless of illegal characters, such as when linked files are referenced by other media.

Likewise, if the files you’re copying contain references or links, the software checks to see if they are valid. If not, it will flag the problem so that you can address it before starting the backup.

It is helpful to have LTFS software that is video-aware. That is, it already knows the typical video formats, the different types of data coming out of different cameras, and how to break up or keep together different data sets when spanning multiple tapes. Video-aware LTFS software can also extract thumbnails and even play proxies before ever pulling anything off the tape. 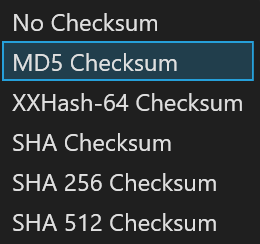 The MD5 checksum for a file is a 128-bit value, something like a fingerprint of the file. While there is a small possibility of getting two identical checksums of two different files, the feature is useful both for comparing the files and their integrity control.

Finally, unlike free LTFS software, paid software compares source and copied files and performs checksums on the data, a common and often required practice in the postproduction industry. Checksums provide assurance that the source and copied files match exactly and didn’t get corrupted during the backup process. Imagine Products’ PreRoll Post takes checksums a step further by calculating a checksum again after the file is restored. This extra checksum calculation helps ensure the file wasn’t corrupted during restoration.

It pays to be organized and judicious about what to back up. Most people back up far more than they can use. For example, it almost never makes sense to back up hidden files because they will be incorrect when restored.

Remember the rule of two: It’s not a true archive without at least two copies of the content — most likely on two or more sets of LTO tapes — stored in two different buildings.

LTO and LTFS create a long-term, reliable, economical storage solution. If you’ve never backed up to LTO before, there is a slight learning curve, but with some common sense, best practices, and the right tools, you can easily set up your archive to deliver worthwhile results down the road … with far more reliability than you would ever get from hard disk.