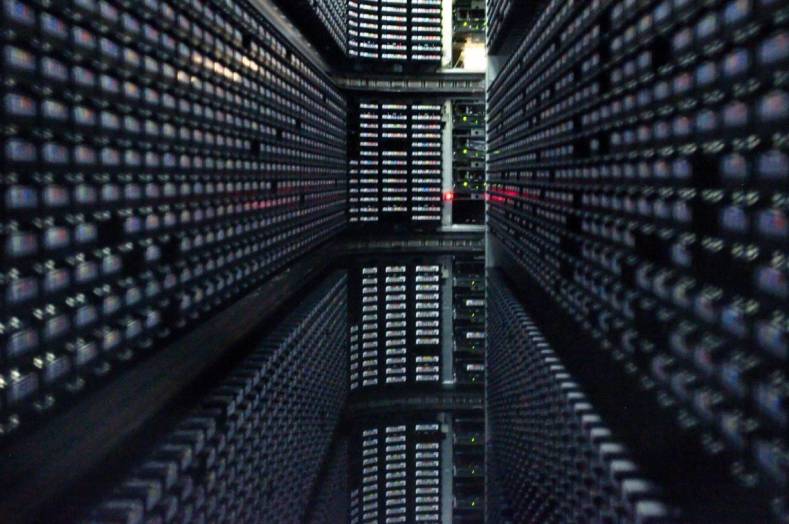 Do you remember the old “Tape is dead” phrase? It was often used when hard disk drives (HDDs) were first introduced. The truth is that tape technology continues to support media and data storage in new and even more efficient ways.

The tape industry continues to gain significant momentum as tape has firmly established its long-term role for effectively managing extreme data growth with new use cases. Both LTO (Linear Tape Open) and enterprise tape products are delivering increased storage capacities per cartridge along with the lowest TCO compared with other existing storage solutions.

Steady developments have made tape technology among the most reliable storage medium available, now surpassing HDDs by three orders of magnitude in data reliability. As a result, tape is well positioned to effectively address many data-intensive industries including cloud, entertainment, the internet, and high performance computing along with data-intensive applications such as big data, backup, recovery, archive, disaster recovery and compliance.

The Nasuni Corp predicts ~2.5 EB’s  (Exabyte = 1x1018) of data are created each day and by 2020, we will see a 4,300 percent increase in annual digital data generation. The access frequency and long-term retention requirements of large portions of this data heavily favors tape as the most cost-effective storage solution.

Even major cloud providers are quickly realizing the value for implementing tape in their cloud infrastructure as the amount of data escalates making the cost of storing less active data exclusively on HDDs cost prohibitive.

LTO to the rescue

When using the new LTO-7 format, open systems users can now store 240 Blu-ray quality movies on a single 6.0 TB native cartridge. The LTO road map has been extended to LTO-10, which specifies a 48 TB native capacity, representing eight times the capacity of today’s LTO-7. An LTO-10 cartridge could store as many as 1,920 Blu-ray movies.

Approximately 5 million LTO drives and more than 280 million LTO tape cartridges have been shipped since the format’s inception. This equals over 100 EB of data using LTO technology and equates to more than 100 million miles of LTO tape media, exceeding the distance from the earth to the sun! The LTO Program Technology Provider companies, HP, IBM and Quantum have announced the LTO Ultrium format generation 7 specifications, which will more than double the LTO-6 native tape cartridge capacity from 2.5 TB to 6.0 TB, yielding capacities of up to 15 TB per cartridge when compressed at 2.5:1.

Other key announcements from the Tape Storage Council include:

Studies show the TCO for HDDs may be up to 15 times higher than equivalent-capacity tape systems. Simultaneously, the energy cost of HDD drives is typically 20x higher than tape.

As a testimony to the growing use of LTFS, 29 companies are now LTFS partners. In addition, the Storage Network Industry Association’s Linear Tape File System (LTFS) Technical Work Group is focusing technical efforts on the development of an architecture that is related to the “on-tape” format for LTFS. Several HSM (Hierarchical Storage Management) products that migrate files and objects to tape are readily available. Expect RAIT (Redundant Arrays of Inexpensive Tape) to gain momentum in order to capitalize on tape’s superior data rates.

Tape’s favorable economics are fueling the increased interest in active archive solutions. An active archive provides a persistent online view of archival data using one or more archive technologies (tape, HDDs or cloud storage) working behind a file system. Active archive data can typically be shared using NAS and standard Windows or Linux file sharing protocols to store, search and retrieve data directly from the archive. The benefits of an active archive intelligent data management framework include: scalability, lower cost and increased ease of use.

The innovative tape as NAS solution provides direct file access capability for data tape, and integrates an LTO tape library with a front-end NAS for standard NAS (CIFS/NFS) mounts and LTFS to deliver the latest archive architecture. Data arrives at the NAS disk cache and is written to tape. The files remain on disk cache until the cache is full, at which time the oldest files are reduced to metadata pointers only.

File searches continue to see all files archived and only when a read request is received are files moved back from tape to disk cache and on to the user. A tape library as a NAS enables users to leverage familiar file system tools, like drag and drop, to move files to and from a tape cartridge, just like a disk-based NAS.

The increasingly popular tiered storage solution now fully embraces the tape tier (Tier 3) and allows a system administrator to define policies for data migration and retention. The result is full control over the movement of petabytes of data and billions of files from more expensive Flash and HDD storage devices to less-expensive tape and cloud storage. By using tape libraries instead of disks for Tier 2 and Tier 3 storage, organizations can improve efficiency and significantly reduce costs.

With the upward trajectory of future tape technology, many data intensive industries and applications already have or will begin to leverage the significant benefits of tape’s continued progress. The innovation, increased value proposition and new developments demonstrate tape technology is not sitting still. Experts say this trend to continue in 2016 and beyond.

The question “Tape, so what?” has been answered and has become “Tape, what’s next?”

The backers of LTO tape storage have hit back at disc-based alternatives claiming that LTO is the most reliable and cost-effective format. LTO Generation 6 tape has reached a cost-per-gigabyte milestone of below a cent and $8 per terabyte, according to the…