There is a wide variety of SD storage available, but beware that all flash storage is not equal.

Flash Is the Media of Choice for Video Field Acquisition — But How Much Do You Know About It?

It has now been a decade since Panasonic led the way for the professional video market by introducing the first flash media recording cartridge for its high-end video camcorders. Called P2 (short for “professional plug-in”), the first tapeless recording cartridges were based on the outward design of a standard PC card, but were handmade by Panasonic to improve the ruggedness and reliability of the flash media inside. 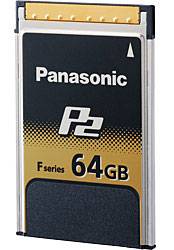 The early P2 cards in 2004 used standard SD cards inside with a custom RAID configuration and LSI controller. The ruggedized case was constructed to be a “bulletproof” replacement for videotape. Three years later, in 2007, Sony and SanDisk introduced the competing SxS memory card, which worked with Sony’s XDCAM EX line of camcorders.

In the 10 years since P2 was introduced, most professional video acquisition is now recorded on flash memory in various configurations. The SD form factor, however, has survived as the most popular format amid a flurry of competition. Even P2’s capabilities have now conformed to SD’s size in its MicroP2 format, introduced in 2012. 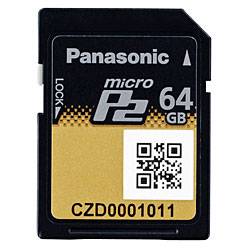 Flash memory, invented by Dr. Fujio Masuoka, was introduced by Toshiba in 1984. The name "flash,” said Toshiba, was suggested by Masuoka’s colleague, Shōji Ariizumi, because the erasure process of the memory contents reminded him of the flash of a camera.

SD, or “Secure Digital,” was introduced in 1999 by SanDisk, Matsushita and Toshiba as an evolution of the MultiMediaCard format. Since then more than 400 brands of SD cards in more than 8,000 model configurations have been introduced throughout the world.

Though the SD form factor — measuring 32 by 24 by 2.1 millimeters and weighing two grams — has remained the same over the years, there has been a huge change on the inside. The first removable SD cards, using NAND flash technology, were either two or four gigabytes and were very slow by today’s standards. Now the cards are dramatically denser and much faster — even to the point of now supporting 4K video recording.

Steve Maher, Panasonic’s P2 product and technology alliance manager, said even though the early low density cards have moved quickly to higher capacities and greater speeds, “the fine geometries involved have a finite life.” That, he said, makes them far more complex to build and operate. 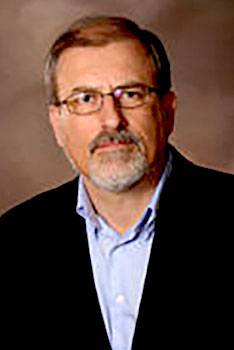 Flash stores information in an array of memory cells made from floating-gate transistors. In traditional flash cards, single level cells store only one bit of information. But now, with the higher speed and density demands, flash has evolved to newer cell designs with multiple levels. This kind of flash can store more bits per cell, but is more susceptible to errors.

“Let’s say my memory is one-inch square,” said Maher. “If I want to double the memory size, I have to reduce the size of the bit cells to a half-inch or quarter-inch square. As we scale smaller, we get to the point where the ones and zeroes are stored in tiny areas that are literally twenty atoms wide.

“That’s good news, except the difference between those ones and zeroes are now a quarter of the size as before. So the flash is more vulnerable to errors. That’s why the bigger and faster these SD cards get, the more fragile they become. The cards are more prone to errors so we have to do more error correction.”

Adam Kaufman, product marketing manager for Lexar, a leading manufacturer of flash memory, agreed that faster and more dense cards are increasingly vulnerable to errors, which is why more advanced controller and error correction technology is used to compensate. Because the advanced error correction features are so reliable today, Lexar offers a lifetime warranty on all its professional-level flash cards.

“As NAND technology gets smaller and more dense, yes, performance is naturally going to drop because you are putting more into a smaller piece of real estate. But the controller technology compensates for that. Controllers are complicated and how they are implemented is very important,” said Kaufman.

Today, top manufactures like Panasonic, Lexar, Sony and SanDisk make their own flash memory to very high specifications. Some add customized enclosures for specialized high-end equipment in applications where failure cannot be tolerated. Most companies also make lower-cost grades of flash for less critical applications. Video applications require the speed of grade 10 flash or above, but there is a wide range of choices for each application.

Lower-cost manufacturers of flash memory without their own factories often buy their memory on the “spot market,” said Kaufman. “Vendors that don’t make their own flash usually work with range of different suppliers. Often those suppliers don’t build the flash to spec. These vendors sometimes get varying levels of products from batch to batch.”

In 2008, when Canon introduced the first DSLRs for professional video, SD cards became the flash format of choice for most camera manufacturers. Now, as these cameras reach 4K capability, the SD cards have radically been up-scaled for even faster use and higher capacity.

Some manufacturers compensate for the limits to flash speed is by enhancing the bus interfaces on their cameras. This increases the speed information is exchanged between the camera and flash card. Sony, Lexar and Nikon have introduced XQD version 2.0, a new PCI Express 3.0 technology that increases the speed up to 1,000 Mbytes/second depending on the host device.

Sony said the higher speed of the card is achieved through the combination of a new intelligent controller, the use of high speed flash memory and a Speed-Degradation Avoiding Function that promotes efficient data-writing, in addition to using the industry-standard PCIe platform as an interface.

Another new format is CFast, a variant of the CompactFlash card. The new format is targeted at HD camcorders and high-resolution digital photo cameras, and offers target read and write speeds twice as fast of most media cards. Arri’s Amira and Alexa/XT and Blackmagic Design’s URSA digital cinema cameras use CFast memory. Canon and Phase One have also announced support for CFast. Lexar and SanDisk make the memory in various sizes.

One of the biggest problems with end users is the assumption that all flash is equal. It is not, by a long shot. Low-cost flash memory cards are typically slower than advertised, full of errors and, in many cases, knock-offs of known brands, said Maher.

“Panasonic cameras will reject cards that are not fast enough,” said Maher. “But we’ve had users try the Happy Panda SD card in cameras. These cheap cards are basically junk. The moral of the story is SD cards can work just fine, but buy the real ones. No, no-name brands.

The Do’s and Don’ts of Flash Memory

Flash memory is more rugged than videotape was in the past. However, flash is not failure proof. Some simple rules can assure its reliable use for long periods of time.