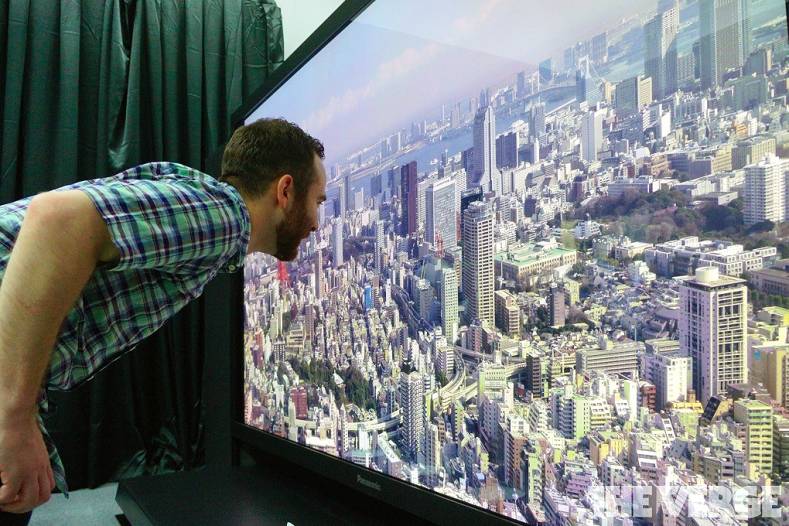 For those of us with high-definition television sets, just imagining 8K television is a bit overwhelming. At 7,680 by 4,320 pixels — about the equivalent of a 32-megapixel photograph — the resolution of 8K video is 16 times that of standard HDTV and four times that of 4K. It also comes with a 22.2 multichannel sound system.

Called Super Hi-Vision, Japan plans 8K test broadcasts in 2016. Regular broadcasting of 8K signals could begin in 2018, according to a roadmap adopted under the Next Generation Television & Broadcasting Promotion Forum (NexTV-F), a Tokyo-based consortium set up last year. The goal is to broadcast the entire 2020 Olympics in Tokyo at 8K resolution. 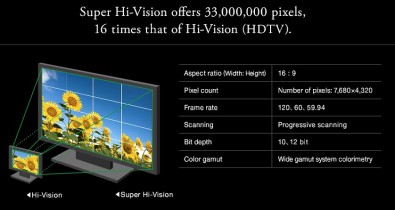 The Japanese 8K production system, while producing incredible images, may prove to be a difficult technology for broadcasters and producers to quickly adopt.

NHK uses a variety of major Japanese companies to build prototype gear for its 8K tests. One of those is Hitachi, a manufacturer who has focused on building 8K cameras. It plans to show a finished production model at NAB 2015. Pricing has not been set.

“This year we will be showing an 8K model that is more representative of the specifications of our cameras for the 2016 Summer Olympics in Rio de Janeiro and the 2020 Summer Olympics in Toyko,” said Emilio Aleman, engineering manager for Hitachi Kokusai Electric America. “The model name is SK-UHD-8060. We will have them in both our booth and at NHK.” 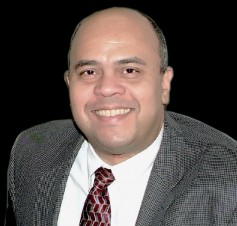 Despite Japan’s bold leap forward into 8K, some broadcasters in the United States are still struggling financially to implement high-definition, while others are grappling with the many complexities of adapting to 4K. Aleman expressed the frustration many American broadcasters feel about the rush of new technology.

“The U.S. market is lagging behind the rest of the world,” he said. “If you take a look at the all the statements put out by NHK, the whole Japanese television infrastructure is moving past 4K very quickly. The United States is still grappling with the cost of moving to 2K. Imagine moving up to 4K and then in a few years having to do 8K. Do you think anybody has the money to do that?”

Aleman said Hitachi and NHK’s official viewpoint is to skip 4K and go to 8K. “But, honestly, we have to survive and that means we have to sell 4K cameras. We need to sell equipment in the meantime because we need to make a living.” (Hitachi will show at NAB the SK-UHD4000, a broadcast 4K camera system using standard 2/3-inch B4 mount HD lenses.”

“It’s sort of like when you had fiber and triax cable,” Aleman continued. “Nobody in the U.S. wanted to do fiber because it was very expensive. But the cost of fiber came down so quickly that it made triax obsolete. The same situation is happening with 4K.It’s not worth spending the money on 4K now when 8K is only four or five years away. The technology that exists today and the cost are going to come down exponentially.” 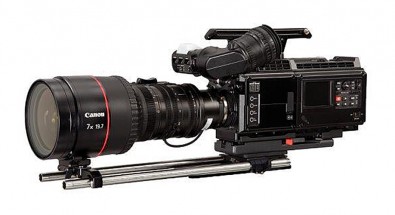 The Hitachi SK-UHD-8060 8K camera uses a single 33-million pixel CMOS sensor and can transmit simultaneous 8K, 4K and 2K format signals over 40Gbps fiber. It is on display in both the Hitachi and NHK NAB booths.

“The solid state disc recorder will record up to 40 minutes of 8K RAW video onboard,” said Aleman. “This camera might be attractive to electronic cinematography people that need to do production at a reasonable cost. We don’t have a price yet until NHK puts their blessing on it. Right now we are showing it as a technology exhibit. But we are ready deliver the current product.”

While Hitachi and other vendors will no doubt have 8K cameras at NAB and NHK will perfect its delivery system, a major question is whether television viewers actually want 8K and will they pay for it. 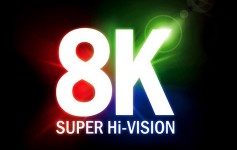 Most broadcasters understood the benefits of investing in HD technology and that viewers would see the improvement. Some broadcasters believe 4K will be similarly adopted. As for 8K, the future is less clear.

For most typical viewing distances in homes with popular screen sizes, many TV watchers may not be able to tell the difference between 4K and 8K. Many still think the more important factors than high resolution in delivering the “Wow Factor” to viewers will be frame rate, color and dynamic range.

Television sets for 8K tend to be much larger than popular current models. Many range from 85 to 145 inches. These larger sets will be expensive at first and then prices will drop quickly, Aleman said.

With the most popular size home set now at 46 inches, will home viewers accept such large displays in their homes? Other products, including quad sound in the 1970s, failed due to equipment deemed too large for home living rooms.

The economics of television are also different in Japan than the United States. NHK is funded by the Japanese government and fees are paid by TV users in Japan. U.S. television is a purely commercial enterprise. 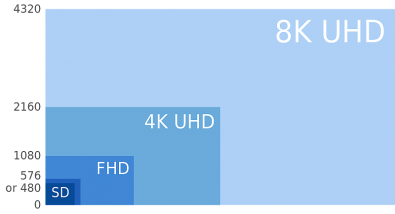 8K technology produces a resolution 16 times higher than HD and four times greater than 4K. While the solution supports larger screen sizes, there are also other imagery improvements contained in the proposed 8K technology.

“8K has four times the picture quality of 4K or 16 times the quality of regular 2K,” said Aleman. “The challenge right now is display size and distance you need to be away from your TV set to experience that sense of reality that it can convey.

“The viewing distance is dictated by the size of the screen. The bigger the screen, the further you can be away from it. So there is the relationship from the screen size to distance from the screen. It’s different from what’s now used for 2K and 4K images. You will not be able to perceive 8K picture quality using the current 50-inch monitor you have in your living room.”

For this reason, perhaps, Aleman believes 8K will initially have many industrial applications outside the home. These include digital cinema or high-quality remote viewing for groups as a key early application. “Where you need to send a sense of reality to a remote location will be a major use. That’s number one,” he said.

There are also many applications in the medical and scientific fields. Studies are already predicting the use of 8K in pathology and surgery. “And finally, 8K will be used for television production for those who want to produce the utmost in quality for digital archives of programs of value for future generations,” Aleman said. 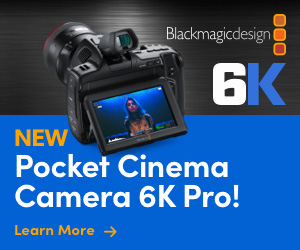