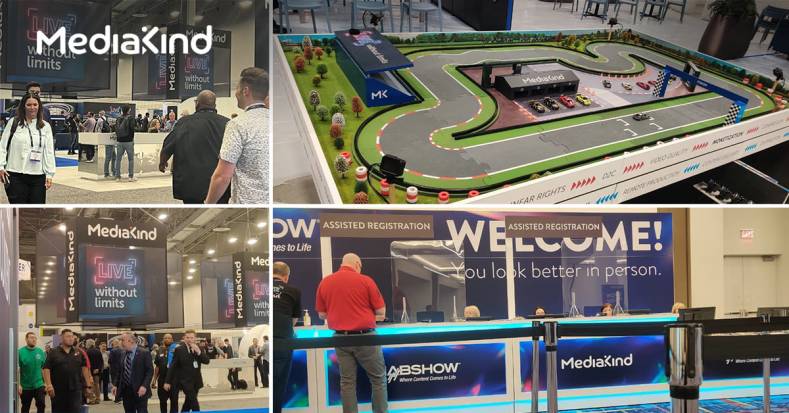 Streaming, migration to the cloud and Software as a Service (SaaS) provision were prominent themes, as were a growing recognition of the need for scale and economies across the whole workflow video production and delivery chain. Evidence of accelerating innovation was noted by Fernando Amendola, head of marketing and strategy for video networks at Synamedia, the UK based video technology business relaunched 2018 after being sold by Cisco to investment firm Permira.

“You would expect a mature industry like ours would eventually slow the pace of innovation, but it shows no sign of doing so,” said Amendola. “As the industry continues to reinvent itself, we are now seeing first-hand how cloud, dev-ops, and SaaS models allow us and our customers to innovate faster.” Dev-ops is a software development approach in which coding and operational testing are more tightly aligned.

Amendola noted particular interest in Edge CDNs, to reduce cost of bandwidth by caching content closer to points of consumption, and also to cut latency. Workflow as a Service (WaaS) was also a popular discussion theme as a new term, referring to the platform based in third-party cloud-managed services on infrastructures such as Amazon’s AWS and Microsoft Azure, which offloads the complexity of managing large-scale applications. This includes transmission of data between processes and orchestration of the distributed computational resources required to process a task as quickly as possible within cost constraints. WaaS then is a subset of SaaS, which also includes higher level functions such as security, QoS and monetization.

Amendola also pointed to ATSC (Advanced Television Systems Committee) 3.0 as a major theme at NAB 2022, not surprising for a show dedicated to broadcasting, although with some subplots attached. ATSC 3.0 is largely specific to North America as a regional version of digital terrestrial designed to usher in IP migration and enable convergence between broadcast and internet video transmission. At NAB 2022, ATSC 3.0 was center stage at the “Future of Delivery” pavilion, highlighting increasing numbers of set top receivers and antenna products, as well as updates on how the standard will play an emerging role in distance education, the automotive and other new verticals, according to ATSC President Madeleine Noland. 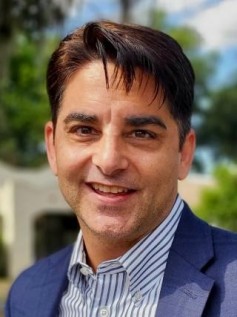 There was surprisingly little talk about IP migration at NAB 2022, according to Ken Rubin, Actus Senior Vice President.

The most notable sub plot relating to ATSC 3.0 lurking behind the scenes at NAB 2022 was its relationship and contention with other DTT standards around the world, especially DVB-T2, which is dominant in Europe and also some countries in Asia Pacific especially, such as Malaysia and Indonesia. Rather than developing a third generation DVB-T3, the DVB has decided that the ultimate future lies with internet delivery. So instead of shoehorning IP to legacy broadcast networks, which the DVB has accused ATSC of doing, it has developed DVB-I for that migration. DVB-I has been designed to ensure that broadcast services are as robust and user friendly when moved to the internet for delivery to smart TVs, or any connected device, such as s smartphone over cellular networks.

“Although ATSC 3.0 claims to be an IP-only system, it is also still fundamentally a broadcast system, relying on broadcast networks,” Peter MacAvock, Chair of the DVB Project, wrote in a recent blog. “Sure, those broadcast networks carry IP, but IP isn’t the internet. DVB’s latest suite of solutions – with DVB-I and streaming technologies at their heart – are about an internet- first DVB. This is subtly different but an important distinction from an IP-centric approach.”

MacAvock argued that applications such as targeted advertising and service replacement, touted as being possible only with IP-based systems, can all be done using DVB combined with HbbTV. “These systems are already installed in every connected TV in Europe and beyond. Wouldn’t it be a shame to have to jettison existing equipment to make all these new features possible?”

DVB-I avoids this requirement. “DVB-I was first conceived as being a way of replicating a broadcast-television viewing experience with online services,” wrote MacAvock. “This could be particularly useful when managing a transition towards internet-based delivery, or away from classic DTT broadcast. Indeed, there’s a place for this in any market transitioning from one distribution technology to another, particularly where one of them is IP.”

This highlights differences in approach to IP migration that might be more apparent at the forthcoming IBC 2022 in Amsterdam, billed as being more international, but certainly more tilted towards Europe. Perhaps that is why there was less interest in IP migration at NAB 2022 than at least some exhibitors expected, certainly Ken Rubin, Senior Vice President at Actus Digital, a Belgian-based video software company specializing in compliance and monitoring. “There were several conversations about our OTT quality monitoring and ATSC-3.0, but surprisingly few about the IP transition, and 2110,” said Rubin. “Actus conversations are a pretty good gauge for standards interest as most know that Actus supports all of these formats, and of the quotes requested of us and active projects described at NAB2022, there were no 2110 requests, and many OTT and ATSC-3.0 requests.”

Rubin was referring to the SMPTE ST 2110 Professional Media Over Managed IP Networks suite of standards designed to help broadcasters migrate from legacy serial digital interface (SDI) to IP. The 2110 suite specifies carriage, synchronization, and description of separate elementary streams over IP, referred as essence, for real-time production, playout, and other media applications.

Although IP migration specifically may have been downplayed, the larger movement to the cloud that this allows was very much to the fore. “The shift to cloud across media and entertainment to help drive efficiencies and enable growth was a common thread across many conversations we had at the show,” said Mark Beard, SVP International at Planetcast International, a provider of cloud-based playout services featuring disaster recovery. “Harnessing cloud to reach new audiences and drive revenue through FAST services was also a hot topic, especially in growing markets such as India.”

Beard naturally highlighted interest in his company’s own field. “Our free upfront cloud-based playout disaster recovery offering was a huge area of interest,” said Beard. “Our industry is among the most unprotected out there – and many broadcasters and media companies simply can’t afford reliable disaster recovery services.”

Closely related to the cloud is the issue of scale for streaming services especially. “Scale was a word that came up a lot in our conversations at the show,” said Rick Young, SVP, Global Products at LTN Global, a provider of video ecosystem technology based in Maryland, USA. “Customers are searching for ways to meet a staggering digital demand and bring their best live content to viewers on any platform. Media companies need to do more with less – and they need to do this efficiently. But achieving scale in the digital era is complex and requires advanced infrastructure and deep expertise. Our customers trust us to enable that scale through our automation technologies, ultra-reliable IP multicast network, and always-on, dedicated support and monitoring.” 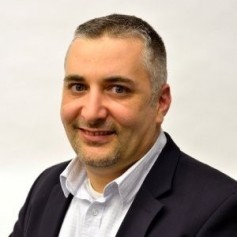 Attendees were excited about solutions for enhancing viewers’ quality of experience, according to Gil Rudge, Vice President, Video Sales & Services, Americas, at Harmonic.

The importance of cloud streaming as a route to scalability was noted by Gil Rudge, Vice President, Video Sales & Services, Americas, at Harmonic. “Video delivery requirements are evolving, and at the NAB Show there was a lot of buzz around solutions for streaming and cloud distribution,” said Rudge. “Cloud and streaming have emerged as paths to flexibility, scalability, and a faster time to market.”

Rudge also highlighted significant interest in quality of experience. “In particular, attendees were excited about solutions for enhancing viewers’ quality of experience and looking for ways to gain operational agility to address the changing demands of the streaming market,” said Rudge. “We had many constructive conversations with our customers and partners about the value of using a unified solution for a wide range of applications, from linear TV streaming to VOD, live events, SSAI and variants, channel origination, FAST (Free Ad-supported Streaming TV), broadcast, and cloud distribution.”

The mention of FAST was timely in the light of recent developments over OTT services, especially the sharp turnaround in the fortunes of Netflix as revealed in its latest results, with a downturn in subscriber numbers in leading markets, including the USA. This precipitated a 40% plunge in its stock price, wiping $60 billion off the company’s value. It also provoked a U-turn in strategy, as Netflix revealed it was exploring lower -priced ad-supported plans to attract or maintain more price sensitive subscribers. There has been growing traction for either FAST or at least ad-supported services, with analysts Forrester reporting that 44% of US adults who use a streaming service will put up with ads if it means they pay less.

This has come about through fragmentation among subscription VOD services, with major content houses such as Disney pulling their assets back to their own platforms and cutting them off from Netflix which had become almost the factor aggregation platform for streaming. This is now hurting Netflix, which is as a result looking to advertising for additional revenues in the face of declining or at best static subscriber numbers in key markets.

Consumers in turn have suffered subscription fatigue and, if they do have to subscribe to multiple platforms, they demand lower costs which advertising can enable. As was discussed at NAB 2022, there are at least more options now for accessing premium content at different price points. This partly reflects varying business models, with some such as AT&T’s HBO Max intent partly on exploiting premium content to reduce churn among its wireless subscribers.

Others such as Comcast’s Peacock aim to offer differentiated tiers, with some low-priced ones supported by advertising to gain market share as a newer entrant to streaming services. That is perhaps the direction of travel for Netflix.

Disney then aims to become a streaming powerhouse across all major genres by exploiting its huge content assets across its traditional family-oriented content with Disney+, adult content with Hulu and sports with ESPN+. There is also Apple TV+, aiming to muscle its way in by acquiring or creating premium content by drawing from its cash mountain, starting with free offers and prioritizing quality over quantity in a field where the company believes consumers have been overwhelmed by too much choice, a lot of it mediocre.

Against this background, quality of experience is becoming a key differentiator for these major services, as was clear at NAB 2022.