Global supply chain issues continue to strangle the broadcast manufacturing industry with the issue likely to get worse before it stabilizes. An alarming 86% of broadcast industry suppliers categorise the impact as moderate or severe on their financial sustainability if conditions persist for another year.

That’s according to a new IABM poll of members which found 63% of respondents reporting severe issues in February 2022, up from 40% in April 2021.

The ‘Supply Chain Disruption Poll’, a follow up to its survey of April 2021, found that virtually all companies (97%) say they are experiencing moderate or severe issues, up from 85% last April.

Lead times have been most affected by the disruption and component cost has risen by 44% with some of this resulting in price inflation for end product.

With no early prospect of the component shortage problem being resolved, many media tech companies have responded by redesigning their products to mitigate issues with sourcing specific components, and/or stockpiling components where possible to keep their production lines flowing in the face of dramatically increased lead times.

Most businesses relied on stockpiling or redesigning products for mitigating issues with sourcing components. Public media tech suppliers such as Harmonic and Evertz have commented on increasing their stockpiling during their earnings calls. Harmonic's inventory grew to $71.2m in Q4 2021 - last time the value of inventory was so high it was in 2011 when tech supplies had been hit by a tsunami in Japan.

The first signs of shortage emerged in the fall of 2020 and became critical in spring of 2021. The core issue is related to production capacity in factories (particularly in China, but elsewhere too) which were shut down for extended periods at the height of the pandemic and are now struggling to fulfil backlog orders, while continuing to operate within full or partial lockdowns.

Factor in global disruption to freight and logistics industries affecting everything from operation of mega-ports around the world, container ships at sea (and stuck in the Suez canal…) to local delivery drivers (blockading cities) and you have the perfect storm.

Compared to automotive, IT or consumer electronics or dozens of other industries, broadcast is a very small market, yet relies extensively on high-performance hardware processors and microchips.

“As an industry we are competing with huge consumer industries for capacity in these areas so is at a significant disadvantage when it comes to prioritizing production capacity as it begins to come back on line,” one broadcast tech vendor says (under condition of anonymity. “Therefore, I think broadcast will be slower to recover than, say automotive or handheld electronics.”

There is a particular shortage of specialised components: ASICs, FPGAs and Power-Supply ICs.

Even companies whose product’s value lies in software have been hit. Lina Zackrisson, CEO, Intinor says, “Our hardware products exist to provide the power we need to support the software. In that context, the global chip shortage has had a small impact on our prices, but we are seeing shortages on vital components and this is a continuing concern for us.”

The issue is affecting the majority of vendors yet few companies are prepared to speak publically.

In a statement, Sony said: “Situations such as the global semiconductor supply shortage are intermittently impacting the procurement of components and production plans for many of our major products. We continue to work with our partner companies to take all applicable measures to minimise the impact to our business and customers. While we see an increase in logistic costs, we will also work on minimizing this impact through flexible operations and enhanced logistical efficiencies.”

I contacted many more big brand vendors for this article with some notable hardware-based product vendors declining to talk on grounds of market sensitivity.

We commend those who have shared thoughts on a subject that surely impacts the entire sector. 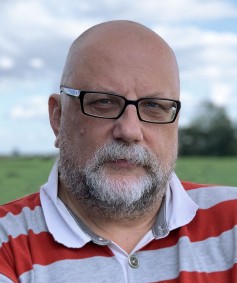 To understand how the components shortage affect production of any electronic device, it is worth noting that the manufacturers of mass-produced devices prefer to use specialised microchips called ASICs (application-specific integrated circuits). They are customized for a particular functionality that the manufacturer wants to implement in the product and helps them to significantly reduce the total number of electronic components and the development time. As a rule, in addition to the development of electronic circuit and printed circuit board (PCB), the use of ASICs requires the development or customisation of software. The entire product design is made around the ASIC.

“When ASICs are not available a manufacturer is unable to produce its product as originally developed,” says Igor Vitiorets, CTO at  slomo.tv. “There is practically nothing to replace the ASIC with. If the manufacturer is going to replace it with some other component, they are forced to change the design, and therefore the electronic circuitry and the PCB. Sometimes the mechanical design needs to be changed. The software always needs to be redeveloped. In fact, the manufacturer is forced to create a new device (adding the testing cycle and production management). The costs (and losses) are very high. It turns out that most of the components, at least the key ones, cannot be replaced.”

It all means that manufacturers simply cannot produce the number of products originally planned, based on market demand, not to mention production for stock. They have no guarantee of being able to obtain ordered components in full within the agreed terms, and it extremely problematic to buy any extra.

“Supply chain issues have resulted in significantly longer delivery times and some products are no longer available,” says Vitiorets. “We had to change the delivery period for our products from 45 days to 60 days or more. Some manufacturers cannot guarantee a delivery date at all.”

Vendors are taking mitigating action. This includes increasing the inventory of components (which in turn increases the production cost of the systems), forecasting and planning.

“Systems like ours are high-value, low-volume, and hand-made, so we have always been skilled in keeping enough stocks and assembled systems to be able to supply customers in a reasonable time frame,” says one tech vendor. “This enabled us to keep up with demand through the pandemic, and avoid passing on the delivery schedule extensions to our customers. This will become increasingly difficult as demand increases with no reduction in supply chain pressure.”

In short, yes. Prices are increasing on every sub-system and component without exception as far as one vendor can tell. The rises range from a modest 2-5% to some “near-extortion” levels like 300 – 500%, it reports.

Moreover, it’s impossible to know if suppliers/distributers have genuine supply issues or are exploiting the situation and profiteering from it.

“Like panic buying fuel or toilet rolls, it becomes irrelevant whether there really is a shortage of supply or not,” says the vendor. “If there is a perceived shortage then demand increases rapidly outstripping even normal supply levels, leading to steep price increases.”

Vitiorets makes a similar point explaining that the situation has automatically led to price increases, because manufacturers are tempted to compensate for the shortfall in profits by raising the prices of their products. While those who desperately need these products now, will buy them at a high price, on the other hand, for many companies, higher prices may be the only way to survive.

While Zackrisson says Intinor only sources components from “premium suppliers” able to deliver the highest performance “that means we do face the most price volatility. I am certain I am not the only CEO in the industry contemplating price rises in the future.”

Broadcasters themselves are under their own pressures, as the consumer cost of living rises, and are pushing manufacturers for ever better and better deals. This is clearly not sustainable in the medium or long term with further price hikes likely. 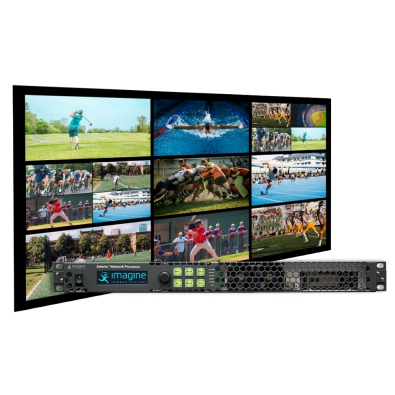 Even pure-IP media processing platforms such as Imagine's Selenio Network Processor are built with FPGAs, processing boards and power units.

Vendors could resort to the grey market of brokers and independent distributors to source items. This is risky since kit traded in this way is not easily traceable for buyers to hold supply of faulty goods to account. Nor is it cheap - for some components, prices have increased many times over the dealer's list price. But it is being used so that end customer orders can be fulfilled.

“More concerning is the black market,” reports another vendor. “We often come across suppliers of microprocessors offering popular devices ‘direct from manufacturers’ at prices more than 10x normal. The financial impact on system manufacturers of not having a $50 component (even when it should be $5) no doubt makes it tempting to pay the price. We have always refused to follow this path, but I can see how companies would fall victim to that.”

How Long Will The Crunch Last?

The million dollar question for which no-one has the answer. “We cannot see at this stage how long the supply chain problems will continue, so we have to be prepared to weather it out,” says Zackrisson.

As the pandemic unwinds across the globe, the bottlenecks should ease – although potential conflict in Europe or in Asia (China-Taiwan) would hold things back. Stabilisation isn’t expected until 2023 at the earliest.

“Even this will require the eventual end-users of technology accepting that deliveries and even prices will increase,” says the vendor.

The only long-term solution is for manufacturers to diversify their supply chain. It is clearly a fault of the current set-up that the whole world is seemingly reliant on a few factories, mostly in China, for components critical to the smooth running of global industries and national economies. But creating sufficient capacity of the advanced manufacturing facilities in other parts of the world takes years, maybe decades so it is not a quick fix.

“Globalisation of markets has brought great economic benefit to some companies and national economies, it prevented local or regional economic downturns impacting global turnover too much,” says one vendor. “But at the supply chain level, companies were apparently pursuing an almost exactly opposite strategy – centralising production and relying on highly localised facilities, with the inevitable results when the pandemic hit.”