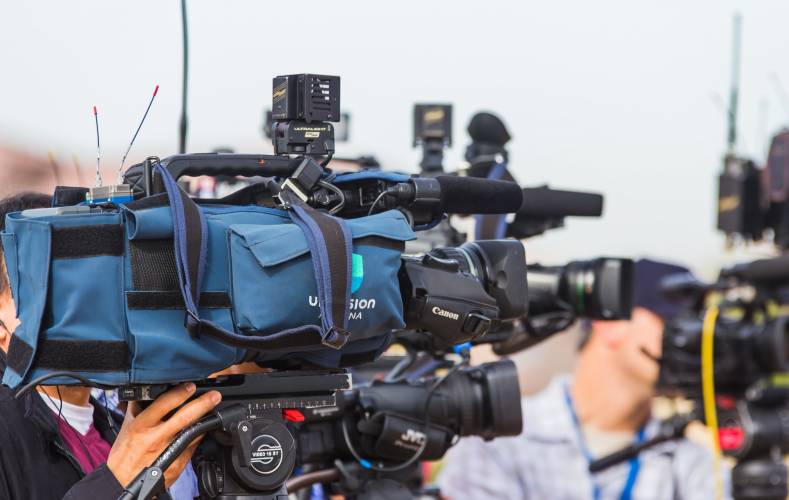 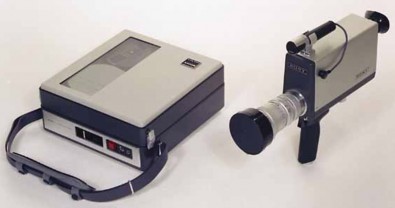 Many broadcasters agree that the ENG revolution began at the US 1968 Democratic National Convention when a black-and-white Sony Corporation “Portapak” was used for the first time at a nationally televised event. The Sony Portapak was a two-piece recording system that was lighter and more agile than a Cinema Products CP-16 loaded with 16mm film. At the time, the CP-16 was the most ubiquitous news, documentary, and drama production field camera in the industry. Film had to be developed and processed before it could be aired. The immediacy of portable video excited the industry.

Sony introduced the VO-3800 in 1974. It was the first portable U-Matic videocassette recorder that happened to weigh more than 30 lbs, plus a video camera and battery belt and lights that used lots of electricity. It also needed a separate playback adaptor to view color tapes. The problem with the portable U-Matic was that it could only use a S-format (small), U-matic videocassette that could only hold 20 minutes of content.

It was annually problematic on Groundhog Day when Punxsutawney Phil came out. Various on-location videographers always ran out of tape the moment Phil emerged to see or not see his shadow. That 20-minute limitation further defined Broadcast Karma in the 80's.

Over the next couple of decades, ENG gear got heavier, and more expensive until smaller digital videotape formats such as Sony Betacam and Panasonic’s DVC Pro made one-piece broadcast videotape camcorders smaller, more practical, and affordable. The advent, development, and integration of digital video, SSDs and flash cards into camcorders began in the 1990s. 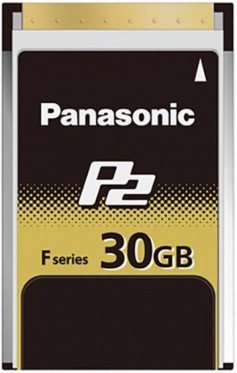 There are well more than three dozen video cameras on today’s market that could qualify as ENG or EFP. To help sort out which cameras are best for EFP, Netflix publishes an “Approved Cameras” list. Its “Capture Requirements” on the list include a true 4K UHD sensor equal to or greater than 3840 pixels wide.

Cameras on the “Approved Cameras” list are cameras and camcorders from ARRI Media, Canon ($11K to $33K, body only), Panasonic ($5K to $30K body only), Red Digital Cinema ($8K to $24K, body only), Panavision (starting at $30K, body only), Sony Corporation ($8K to $35K, body only) and the Blackmagic Design URSA Mini ($6K, body only). The list also provides “Camera Guides” for each approved camera that reveals recommended settings and best-practices details.

Netflix also says “Please note, not all cameras that meet these capture requirements will be approved. These requirements are the minimum specifications necessary for consideration. Other attributes must be taken into account such as dynamic range, form factor, stability, workflow compatibility etc.” 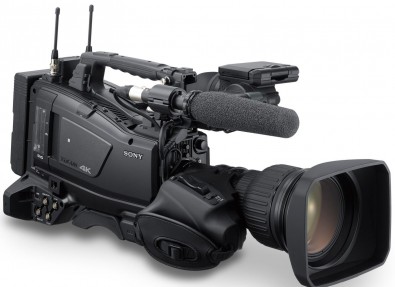 The Sony PXW-Z450 is one of a few shoulder camcorders on the Netflix list. Photo courtesy Sony.

The difference between ENG and EFP is that EFP crews don’t suddenly show up and start shooting. The other is that 4K UHD video doesn’t count because nobody in the USA is broadcasting news in UHD, yet. Who remembers the outcry and skin-detail settings demanded by talent when HDTV was introduced? They're older and we can see it in UHD.

ENG cameras and camcorders are tools designed to get breaking news on the air fast. What makes a good ENG camera? Many of the 35 new ENG camcorders  The Broadcast Bridge researched were 1920x1080, maximum. Some were 4K too, but we were surprised how many maxed out at 1920x1080i. Generally affordable prices averaged between $2K and $5K although some cost much more and most included an ENG zoom lens and viewfinder. Beware: Some ENG photographers prefer wide angle lenses over a 20x zoom when shooting in tight quarters. Sports productions want exactly the opposite. There’s no such thing as a universal ENG lens for all occasions.

The pandemic changed where many reporters report from, and some use their local home ISP to stream to their station. Other than that, the biggest changes in ENG are how a feed from the field is integrated into the station system. There are some pretty good deals on used ENG trucks these days because more people have moved to bonded cellular or the public internet for backhaul.

When shooting news, there is no time to dig through complicated menus and settings. ENG cameras must be recording when the ‘money shot’ occurs. There are no second takes. Another difference is gain settings. Typically, EFP is always shot with zero gain for the cleanest images, usually lit with studio or stand lights. Most low-light ENG video is shot with a single LED TV light attached to the camera shoe. Broad lighting from the LED doesn’t travel far, so most outdoor nighttime shots on the streets must be adjusted using the camera gain switch to achieve bright video. Who cares about noise? It’s breaking news. How much gain is acceptable to use depends on the story.

There is a good reason that many ENG cameras are relatively heavy, as compared to prosumer camcorders, DSLRs or smart phones. That reason is inertia, stability, and crew defense. Most of the ENG cameras we researched weigh approximately 5-11 lbs, plus lens, battery, viewfinder, on-camera light and accessories. Older ones were heavier. Today’s loaded average camcorder weighs over 15 lbs. When pushing comes to shoving during a live shot, most ENG photographers I know would prefer to be in control of the 15-20 lbs of defensive dead weight separating them and a rowdy crowd, rather than a 1/3 lb iPhone or a plastic consumer camera.

The Panasonic AJ-PX5100GJ P2 HDR AVC-ULTRA camcorder with RTSP/RTMP streaming is one of the most expensive HD-only ENG camcorders on today's market. Note the wide variety of useful connections and connectors. Courtesy Panasonic.

At many stations, ENG cameras are purchased in ‘fleets’ so maintenance engineers can learn to fix one particular model and stations have the specialized parts on-hand to keep their ENG cameras on the streets. When purchasing a new camera fleet, I often considered how our present cameras were being used and abused (mostly by accident). The first things to break other than the tape deck, were usually frequently used mechanical components such as toggle and rotary switches. If I didn’t like the feel or position of the switches and controls on a camera I was investigating, I usually moved on. You can’t do that kind of feel-testing on the internet.

Until HDMI outputs became common in camcorders, BNC and XLR chassis connectors were always bullet proof, and the gear was designed to be repaired when necessary. Today’s standard HDMI type A cables and connectors are the exact opposite of the toughness of BNC and XLR connections. HDMI cables are often the first thing to break and the easiest to accidently destroy with a little tension in the wrong direction. Mini-HDMI type C and D connectors are even more fragile.

I recommend staying away from HDMI-only ENG cameras. HDMI may be okay to feed a local monitor, but not for a live feed to the station. Many of the lower priced prosumer HDMI-only cameras also have a couple of other issues. One is that few are designed to be repaired on a local TV station’s maintenance bench.

The other is that many only allow one manual adjustment at a time, such as manual iris, and the menus to access multiple manual adjustments are too complicated for TV work. Shooting a live news scene is not the time to be scanning menus to find the manual focus. On the other hand, prosumer gear can provide terrific bang-for-the-buck in small markets. Make your case to buy insurance (a couple of spares) with the money you save upfront. 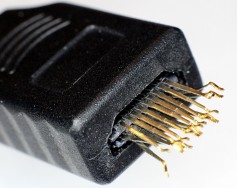 Another huge change in ENG shooting is lighting. Today’s LED ENG lights and fluorescents, whether mounted on stands or on the camera consume relatively little power compared to bulbs with filaments. Many LED TV lights provide variable color temperature which are perfect for fill work around a natural lighting situation.

There are some new technology temptations you might want to rehearse before committing to them, such as ring lights. Ring lights are popular on YouTube, but some people don’t like how they reflect in the subject’s eyes. ENG lighting has improved as much as ENG lighting power requirements have diminished. It’s a win-win for ENG work.

One of the reasons there are so many new ENG cameras on the market are the TV station markets themselves. Stations in the top DMAs such as NY, LA and Chicago have much more money to spend on ENG gear than those in the smallest ranked DMAs, yet every station in the country is expected to broadcast high-quality newscast productions.

The challenge is to produce what appears to viewers to be like the multi-million-dollar content they see all the time on the national networks, but with relatively tiny budgets. It’s not easy and not for everyone, but those who have produced positive ratings results within tiny budgets have found it to be the best way to build a successful TV career. Go for it!