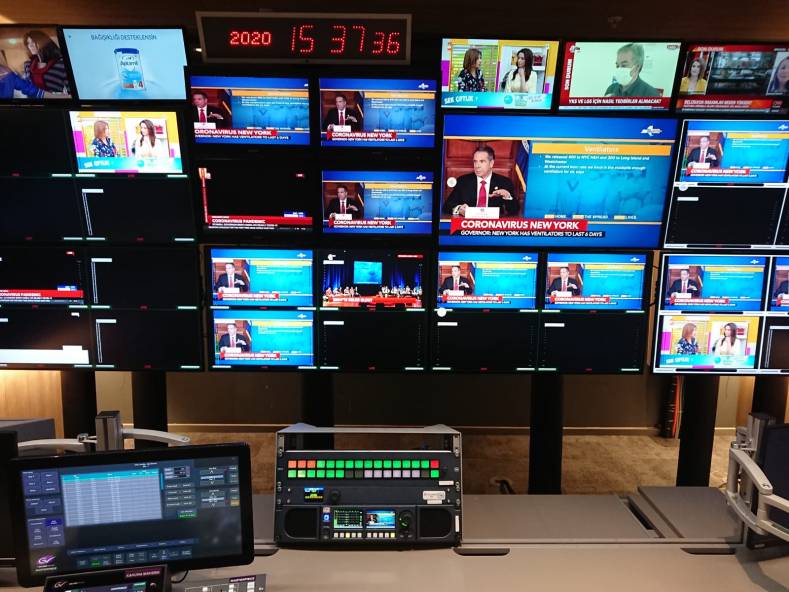 With fewer hands-on-deck in the newsroom, manufacturers have also had to pivot their R&D approach to support newscasters’ evolving needs for remote control. Broadcasters are seeking solutions that are quick and easy to implement, to simplify and expedite remote command and control over production capabilities and create seamless workflows.

In response to its customers changing requirements, TSL Products’ Flex Control Network continues to be adopted by broadcasters and station groups across the U.S. to streamline operation in the modern-day newsroom.

With the fast-paced environment of a newsroom and the everchanging news cycle, it is crucial for operators to be able to rearrange stories, along with the associated audio, video and graphic elements. To streamline this process, TSL updated its Flex Control Network solution, aligning the system’s page numbering and video server naming rules with familiar newsroom computer systems, as well as enhanced status monitoring and graphic indicators to boost situational awareness and response to system messages and alerts.

“Ultimately, the station’s feedback helped us make MOS Rundown a much better system; one more focused on complexities of the newscast and the hands-on operator’s workflow,” says Randy Rodriguez, product manager at TSL Products. “The station gained a more polished on-air ‘look,’ with fewer on-air errors and a less stressful atmosphere in the control room.”

The Flex Network is deployed across a complete station group hub, allowing the ability to select and remotely route primary or back-up automation to air in case of a failure or a break into the affiliate’s programming, should essential national or regional coverage take precedence.

By equipping each content channel at the affiliate stations with a Control Processor and Universal Switch Panels connected to that channel’s primary and back-up automation systems, the video server(s) and facility router’s connectivity back to the main network hub can be managed for override control. This can all occur while simultaneously allowing the network to set up conditional logic, providing accurate and timely control.

With many TSL customers working remotely, rather than in-studio, the company also added a feature called Web Keys to the Flex Control Network for some USP control panels, which allows users to control major hub and spoke installations across the United States from home. “The first request we received when the pandemic struck was for a web app and web keys so customers could manually insert commercial breaks and stop the automation remotely,” says Tom Dickinson, president of TSL Products’ U.S. division. “Going forward, everything we’re developing involves virtualisation and cloud-based technology. We can no longer assume newscasters will have a person in a room hitting a button all the time.”

TSL was also able to replace the station’s mouse-and-cursor action triggers with physical push buttons with its IP-enabled USP series shot box. This provides the station with the ability to engage the system’s IP-based remote functionality. Since the system’s success at the North American-based newsroom, several additional group stations have deployed TSL’s MOS Rundown solution with several more in the queue awaiting their turn.