In the early days of electrical power, some supplies worked on direct current (DC) and some worked on alternating current (AC). A wide range of voltages and frequencies existed. In the end AC systems won out, because they could use transformers to change between one voltage and another.

As the losses in a cable are proportional to the current, it makes sense to deliver power at a high voltage and a low current. Somewhere near the load a transformer steps the voltage down to 110V or 230V according to custom.

If you only have one alternator, then the frequency it runs at isn't critical, but if you have two alternators it is necessary to take some care when running the second one up to connect it. If the two alternators happen to be out of phase when they are connected in parallel, the results are quite spectacular, damaging and dangerous.

Fig.1 shows two alternators synchronized by connecting a light bulb between them. If it flashes, there is a frequency error. If it glows bright, there is a phase error, and the speed of one of them must be adjusted. When the light has gone out the two alternators can be paralleled. They will tend to stay locked because of one of them tries to advance it will find that it takes a bigger share of the load, which will retard the phase.

It now becomes important to introduce a certain Henry E. Warren who made synchronous motors. These have the characteristic that the speed is precisely locked to the AC frequency. The modern stepping motor works in much the same way. He made an electric clock that ran from the nominally 60Hz AC power but he found that it wasn't accurate enough because the 60Hz frequency wasn't stable.

On looking into the matter Warren found that in the absence of synchronizing, it wasn't possible to transfer power between multiple power stations. In finding a way to sell accurate electric clocks, Warren also found a way to synchronize power stations. He built a clock with two dials. One was driven by conventional pendulum clock synchronized by time signals. The other was driven by a synchronous motor. All the power station had to do was to adjust the alternator speed to keep the two clocks reading the same.

Warren was then able to sell electric clocks that would keep good time from the stable AC supply. The brand name was Telechron, meaning time at a distance. 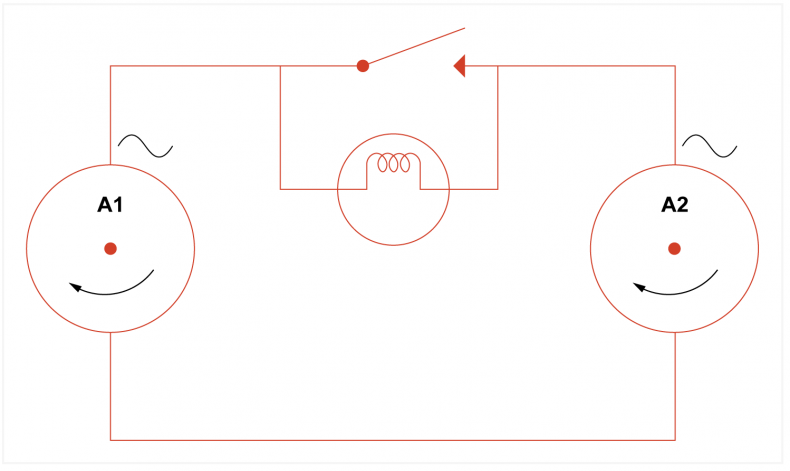 Fig.1 - Two alternators synchronized by connecting a light bulb between them. When they are at the same frequency and phase, the bulb goes out. Connecting at any other time is not advised.

At about the same time steps were being taken in UK to create a synchronous AC power grid spanning the whole of England, Wales and Scotland. The idea was that good places to locate power stations did not always coincide with places of high demand. The system was finally completed and synchronous in 1938. Some early television systems were synchronized by the AC power system in the 1930s.

The UK National Grid soon turned out to be of strategic importance with the coming of war. Britain had developed radar that allowed approaching aircraft to be detected whilst still some distance away. Hugh Dowding developed the world's first interception network, where information from the radar was used efficiently to deploy fighter aircraft, maximizing the efficiency of Britain's limited air power.

The electronic technology developed between the wars for broadcasting, early television and stereophonic sound was all repurposed for military use and many of the engineers working in audio visual fields found themselves working on radar. Alexandra Palace, a large BBC transmitter in North London that had made the world's first television broadcast in 1935 became an electronic countermeasures site.

The radars, developed in great haste and at fantastic cost, required huge stationary transmitters. The rotating antenna radar was yet to come. The transmitters were not directional: they radiated in all directions, washing the North Sea with radio energy. It was the receivers that were directional.

The problem was that the receivers could pick up the signals from more than one transmitter. The solution was that the transmitters fired off pulses in a carefully controlled sequence with the whole system synchronized by the National Grid.

The redundancy of the National Grid also paid off when London power stations were hit by bombing. Power continued to flow from elsewhere in the country.

Henry Warren was involved in other timing and synchronizing issues. When it was proposed to build a 200inch telescope in at Mount Palomar in California, it was realized that the high resolution of the instrument could only be maintained during a time exposure if the direction in space could be held. Earth-based telescopes need to cancel out the rotation of the Earth very accurately. They sit on an equatorial mount, which is a bearing parallel to the Earth's axis, and need to be rotated at exactly the right speed.

Fig.2 - The clock drive used at Mount Palomar had a taut-string frequency reference maintained by feedback from a tube amplifier. The reference frequency drove a synchronous motor that turned the equatorial mount, canceling the Earth's rotation.

That speed is not one revolution per Earth day, but one revolution per sidereal day, which is about 23 hours 56 minutes. Theodore von Karmann came up with the idea of supporting the telescope on low friction pads fed by oil pressure. That meant the whole telescope could be turned with a synchronous motor driven by a tube amplifier of reasonable size. All the system lacked was a frequency reference to drive the amplifier.

The tuning fork was a long-standing frequency reference for musicians, and tuning forks equipped with pick-up and drive coils could be kept in sustained vibration using an amplifier. But a tuning fork has a fixed frequency. The correct frequency would lock the direction of the telescope in space, but in order to steer finely in right ascension, the frequency would have to be reduced to go one way and increased to go the other way.

Warren solved this by using a steel string under tension and keeping it in oscillation using an amplifier and feedback, much as Jimi Hendrix would do years later. The string was vertical and tension came from a weight, but could also be adjusted with extra force from a solenoid. Fig.2 shows the original clock drive used at Mount Palomar.

The Hale telescope was a resounding success when it started work in 1949 and it is still in use. 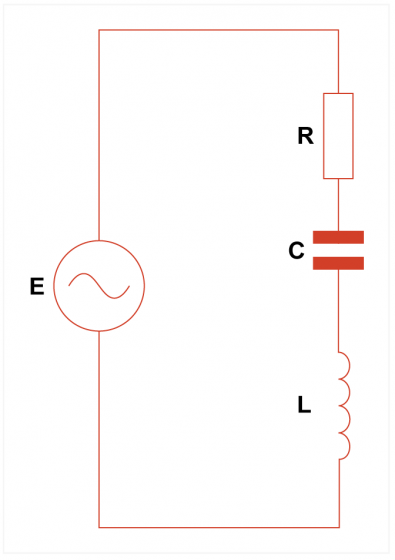 Fig.3 - The equivalent circuit of a quartz crystal is identical to that of an LCR tuned circuit.

Progress was also being made in clock and watch design. Instead of springs and falling weights, pendulum clocks had batteries, using coils and mechanical contacts. Carriage clocks used balance wheels that allowed them to be portable and before long electrically powered balance wheel clocks were seen, especially in cars.

In 1957 the Hamilton company offered a wristwatch having an electrically driven balance wheel using mechanical contacts. Subsequently the contacts were replaced with a transistor to improve reliability. In 1960 Bulova introduced the Accutron, which had a 360Hz tuning fork sustained by a single transistor driver. The tuning fork drove the hands through a pawl and ratchet system.

One of the greatest upheavals in the history of timing was the discovery of piezo electricity. A piezo-electric material is one that creates an electric voltage when pressure is applied. Importantly the process is reversible, since the application of an external voltage causes a dimensional change. This means that it can be used either as an actuator or a pick-up or both.

Piezo electric materials occur naturally and the most well known is quartz. Like all materials, quartz displays resonance, ringing when struck at a frequency determined by the mass interacting with the stiffness. In quartz, the stability of that resonant frequency is exceptional. The first oscillator, using a crystal of Rochelle salt as a frequency reference, was built by Bell Labs in 1917.

The high frequency stability of quartz crystals led to their rapid adoption in a wide range of applications. They determined the frequency of radio transmitters for broadcast and other uses, and they were adapted to drive clocks and watches. When digital technology became popular, quartz crystals provided the clock frequency.

Fig.3 shows the equivalent circuit of a quartz crystal is basically that of a inductor/capacitor tuned circuit. The series resistance is very low, giving the system a very high Q factor. At the resonant frequency, the impedance of the crystal is very low, so the gain of the amplifier can be maximized at resonance.

Fig.4 - A wristwatch uses a 32,768Hz crystal and fifteen divide-by-two stages that produces a 1Hz signal to operate the hands.

For use in wristwatches and portable clocks, the power consumption needs to be very low. In general the power consumed by electronic logic goes up with frequency. The quartz crystal for watches was designed as a piezo-electric tuning fork having a low resonant frequency of 32,768Hz; low enough to save power but high enough to be inaudible. As seen in Fig.4 when divided by two fifteen times, the output frequency is one hertz.

The one hertz output then drives a simple stepping motor to operate the hands.  Quartz control brought unheard-of accuracy to everyday clocks and watches, yet cost very little. Traditional timekeeping devices were suddenly obsolete, but like steam locomotives, enthusiasts would restore some of them. 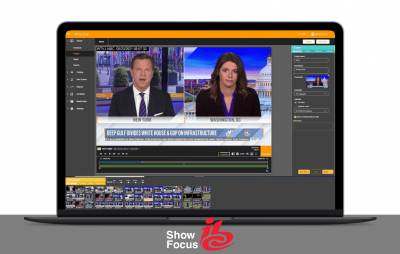