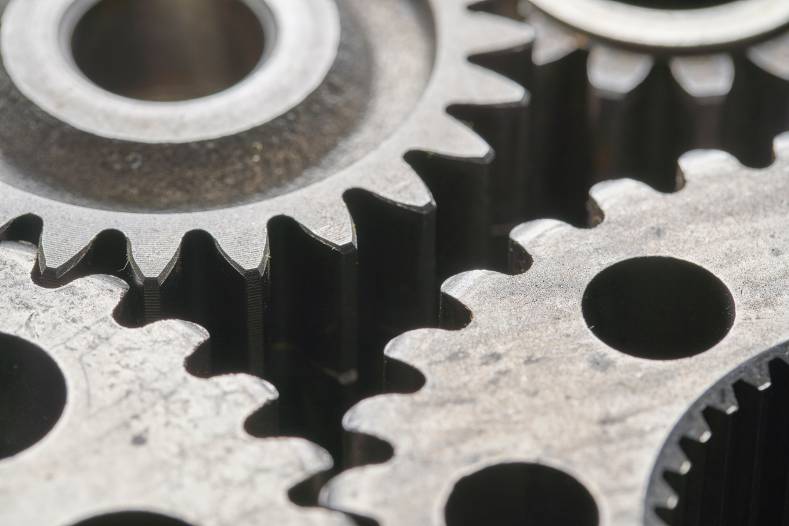 In this second instalment of our extended article looking into the practical applications of SDI and IP we look at how SDI is naturally plug-and-play and works with well-defined formats whereas IP is dynamic and more versatile but requires greater thought in making it work reliably.

It’s fair to say that IP is providing us with some interesting challenges, predominantly around the areas of timing and interoperability. For timing, we’ve had to learn a whole new system of timing distribution and control through PTP, and for interoperability we’re expecting plug- n-play to work as reliably as computer networks now operate.

But again, it’s worth remembering that plug-n-play in Windows and Linux desktops has only recently become reliable. In the early days of office computing network solutions such as Novell’s NetWare was available, but this required highly skilled network engineers to make even the simplest network operate. And installing an ethernet card into a Linux PC in the early 1990’s could easily turn into a day’s work. Not now, we simply move from WiFi zone to WiFi zone without thinking about the complexity going on in our mobile phones and laptop computers.

NMOS has made some amazing advances with interoperability and many vendors are embracing the need to not only make their systems interoperable, but to make them easy to use. We’re not yet in plug-n-play territory but the future is definitely bright and it’s only a matter of time before self-discovery and automatic configuration will become common place.

It’s not uncommon for an IP broadcast facility to have tens of thousands of essence streams in a station. Each camera will have multiple video inputs and outputs as well as control, tally and intercom connections. Multiple six camera studios combined with all the associated graphics, playout and processing, soon mounts up and tens of thousands of IP multicast essence streams soon becomes a reality.

The advent of IS-04, -05, and -06 will easily facilitate management and control of broadcast facilities paving the way for software defined networking and highly dynamic and configurable systems.

Control is another aspect of IP where NMOS is making great in-roads. After nearly a hundred years in the broadcast industry, few would predict the death of the GPI, but the introduction of a well-defined protocol, such as AMWA NMOS IS-07, provides a reliable and convenient method of carrying time sensitive information including tally and control panel push buttons. GPI’s stretch deep inside many broadcast facilities but having a well-defined IP exchange method delivers greater integration and interoperability.

PTP is exciting as we can distribute timing information over the same network as the essence streams giving unimagined flexibility and efficiency. We certainly have to start thinking differently in terms of how our network is connected as SDI is a point-to-point system, but IP networks are more of a mesh configuration. 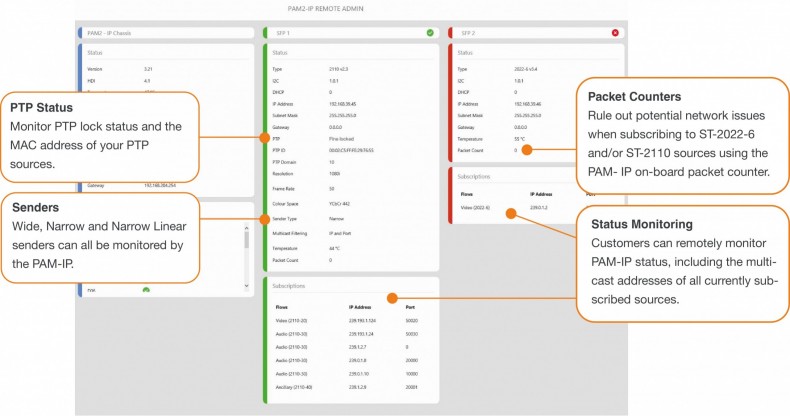 Vendors are now providing products with both IP and SDI connectivity, such as TSL’s PAM1-IP-3G and PAM2-IP-3G.

SDI still has its place and will continue for many years to come. Although our perception may be that it’s easier to use than IP, at the moment, this is based on our years of experience of working with it and the knowledge we’ve gained. Fly- aways and static systems such as SNG trucks all benefit from the rigidity that SDI offers, especially in news environments where time is critical for real-time broadcasts, but it’s now only a matter of time before IP catches up.

IP also allows us to benefit enormously from the innovation in IT. Vendors are already building ethernet switches with speeds of 400Gb/s, and 800Gb/s is actively being considered and designed. SDI has a natural limit in terms of routing size as we get to the point of diminishing returns, especially when we start looking at dual and quad SDI. All of a sudden, our router halves or quarters in size.

SDI may work well for some broadcasters as they don’t need to be concerned with the flexibility that IP offers. Instead of seeing IP technology overtaking the world, what we’re tending to see is a greater demarcation between SDI and IP applications.

When considering whether to use IP or SDI, it might just be worth remembering that SDI didn’t just happen magically. As an industry, we went through a lot of pain to make it work as reliably as it does today. But with IP, much of the groundwork has already been done for us by the IT industry. Yes, broadcast is a specific use case, but the incredible benefits to be gained are just around the corner.