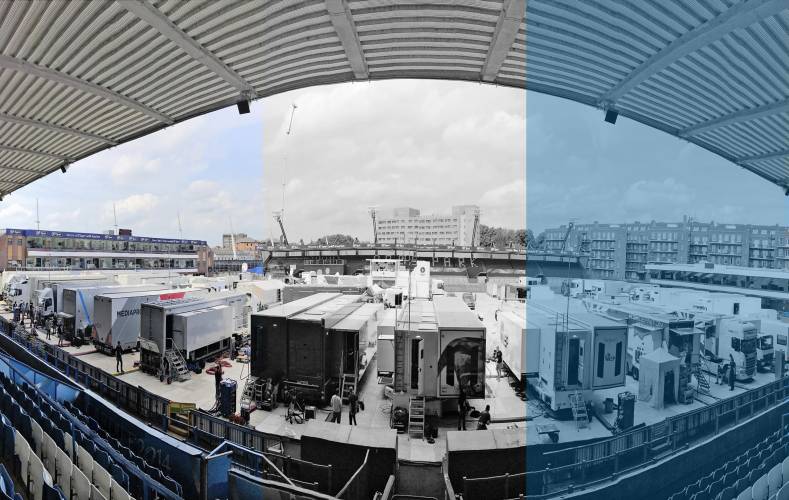 When Lawo’s Virtual Studio Manager (VSM) control system was first developed in the late 90’s, it was in reaction to the need to control and monitor the video and audio signals that travelled around a facility or an OB truck. Nowadays, far more than 1000 installs and millions of lines of code later, the genetic roots of the product make it the perfect choice for IP environments. It’s one thing to want flexibility to use thousands of signals in a myriad of ways, but it’s quite another to quickly and accurately distribute signals to the right person at the right time. That’s when the benefits of IP and a powerful control system become fully realized.

The key is an independent control and monitoring system that allows operation, configuration and system integration of a broadcast or production facility’s equipment and third-party devices on a network or across a series of networks.

Major broadcasters like Sky Racing, RadioFr, La Télé and others have all embraced the concept of a software-based control system that unites technical devices and operators in the most adaptable way. Hardware and software user interfaces (vsmPanels) can be configured to meet the requirements of different workflows and applications, while the whole system is under redundant control.

“VSM is a tool that can adapt to every kind of workflow and facility infrastructure,” said Axel Kern, Product Manager for VSM at Lawo. “Each staff member operates their own control panel so the software knows who’s asking for a signal and what signal they need.”

The core of the system is a single piece of software called vsmStudio that runs on a COTS server and acts as the logic engine of the monitoring system. It allows core hardware components to be freely exchanged without changing interfaces or workflows. Training costs and time are saved due to a single control system interface that handles the control and setup of numerous devices. 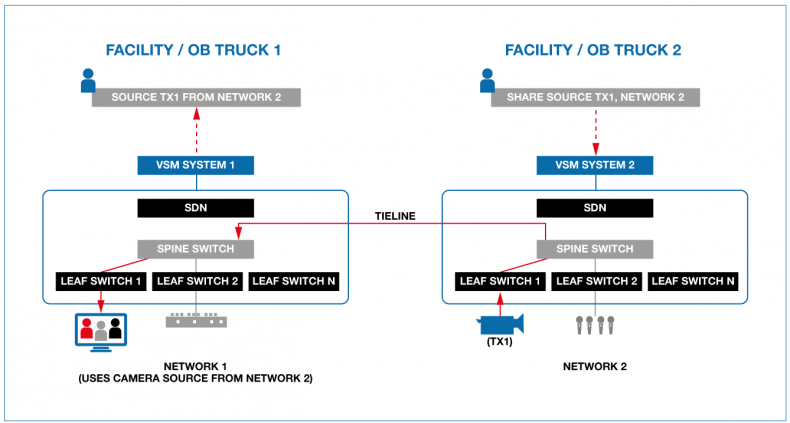 Managing an IP infrastructure is easy, incorporating all control panels, interfaces and external devices. It also leverages the advantages of high data performance and standard management components. Real-time feedback from every single crosspoint and parameter is available to those authorized, as are special applications such as audio metering via the protocol.

All user interfaces display the confirmed action from an attached device, for example, a router. This guarantees maximum transparency for every operator and every control unit. Additionally, a global naming facility for mixers, UMDs, user panels and many other devices provides status information at a glance.

“The VSM Studio module takes care of the communication to the edge devices or south bound connections relating to third-party devices,” said Kern, “and it is the host of front end UI generation.”

Then there are several satellite components that are connected to it. One side of the infrastructure is used to communicate with third-party devices and over the past 20 years Lawo has developed support for nearly 400 manufacturer APIs. Indeed, there are so many devices involved with content creation and distribution workflows - VSM can recognize most of them.

A comprehensive GUI provides all the functions, tools and setup functionality to control and customize the system to specific applications and workflow needs. In addition, all connected hardware settings and statuses are shown in real-time, with instant control and feedback.

For example, an audio mixing console sends meter data, fader data and equalizer data to the software. A routing device sends crosspoints and an edge device on the network sends the multicast status of the stream. The system automatically recognizes the different signals, processes them and sends them to the right operator, following a few button pushes on a touchscreen by that operator.

A gateway or protocol proxy gathers all third-party information and puts it into a central communication pipe connected to the system, allowing it to outsource the entire load of traffic that’s related to the software.

On the other side of the infrastructure is the VSM panel—available in both hardware and software versions. The hardware version is a 1 or 2 RU push-button panel, where users get feedback of their actions. It’s installed in OB vans and workplaces where tactile feedback of the operator’s actions is desired. If something more sophisticated is required, the software running on a COTS personal computer with a touch screen is an ideal set up. The operator gets the same push button functionality in a virtualized interface even with graphical representations of the hardware devices on the network.

Each staff member operates their own control panel so the software knows who’s asking for a signal and what signal they need. The system sends out individualized information to the various staff members, so the video replay guy gets only what he needs and not what the audio mixer needs. The central core sees all of the signals and, by configuration of the actual user UIs, it differentiates who needs to see and operate what and what specific UI they need at that moment. Of course panel layouts and configurations can be adjusted at any time when required.

“Each facility or OB truck has its own specific workflow so VSM deploys the APIs to implement proprietary workflows,” said Kern. “The strength of the system is that it adapts to individual workflows and whatever hardware is being used.”

If a single technician is responsible for several different shows, they can store pre-sets within and recall them later on the multiviewer for fast show set up. They can start with specific presets for their specific workstation and specify where the output needs to go.

The system puts these desired parameters into snapshots that can be recalled for a specific workplace. This way the replay operator only deals with replay signals. So, he can have a totally different display of features on screen than the TD or audio guy, for example.

Users can also collect data for an entire production and store it as a whole dataset (a so called box). In the event of a device failure, data can be collected and rerouted to another control room and another similar device. The monitoring and control can take parameters and map them onto a different control room with a single button press. Even if the infrastructure in the second control room is different, like if one has a Sony switcher and the other has a Grass Valley system, the routing will be mapped into that new vision mixer and VSM ensures that it sees the same signals on the Program bus and the Preview bus.

From Point-To-Point To IP

The system was initially used as a point-to-point signal distribution system. It has now become more enhanced for IP infrastructures. If you have an IP facility and route a signal to an edge device; say, a camera signal to a monitor in the studio. That monitor is hooked up to a specific network port in a patch panel (wall box) on the wall. If that monitor is moved because you are changing the set, you unplug the monitor from the network and replug it into a different port on that switch. The network does not know about this, but the user wants to have the same signal on the same port.

Another advanced network functionality is that you work with IP fabric, which was never designed for real time broadcasting. So, if you route a signal through a network switch, the switch can do it right now or it can take a bit longer to complete the connection. If you press a button, there should be immediate feedback from the network that the action you just did is okay. Because it can be a top of the hour switch, the response can be delayed, causing operators to press the button twice, or three times or four times. This must be avoided because it’s possible to send thousands of command signals into the infrastructure again, and again, and again.

VSM takes care of this by saying “we understand our internal metrics as the state of truth for the whole network and independently how fast the connected devices are reacting.” It takes the operator’s action as the initial trigger and confirms the action. It also makes sure that, independently of how long those devices take to respond, the response is confirmed at that time. And it’s all done in software.

We have a large customer that has over 200 data switches for its audio, video and data infrastructure. If one of those switches goes down, you have to make sure that all of the IP streams are rerouted because those switches don’t have an idea of what the workflow is. They will wake up empty, so, you need a brain on the network to tell these devices what to do.

And last but not least is network bridging. It can allow two independent network installs controlled by VSM to be dynamically connected to each other. This could be within the same facility or between two remotely located buildings over a dedicated fiber trunk line. Devices on either network are available to each other, but each user needs to log onto the new network and request a signal from it. This helps keep unauthorized people from gaining access to signals they are not supposed to have.

A mobile production company can use this feature to connect multiple trucks during major live events and share signals between staff on both trucks. 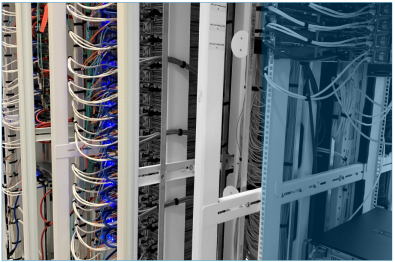 Have It Your Way

Because the system is software based, it is easy to setup and download updates as they become available (Lawo has just released version 2020-1). This also allows for virtually unlimited customization and system design configurations.

The power of a control and monitoring system is in its ability to accommodate a wide range of parameters, devices, workflows and business models tied to a switched network infrastructure. Every building needs a strong foundation. This field-proven control and monitoring system provides that solid footing upon which to increase productivity and build a flexible infrastructure that supports today’s demanding consumers watching on all kinds of IP-connected platforms.