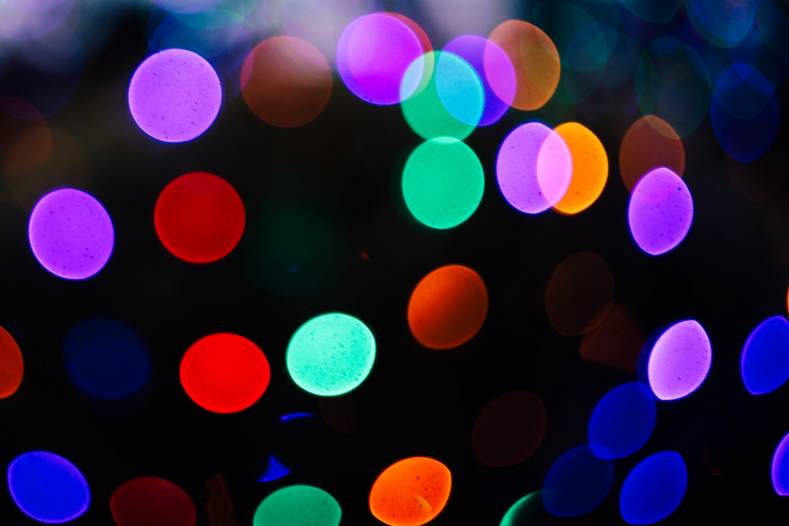 Veteran cinematographers and DOPs have long understood that lenses have a personality with a specific look and feel. In the same way that an actor imparts his or her interpretation on a film’s story, the DOP selects a lens that best supports the program’s emotional stakes. The ideal camera lens is one that contributes its own unique character and flare (literally) in order to produce the most compelling viewer experience possible. 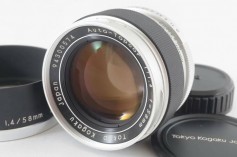 In response to the brash, clinical look of some modern lenses, many DOPs have sought out, sometimes with great fervor, less-than-perfect optics, including vintage optics. Given, however, the advent of Wide Color Gamut, HDR, and larger, brighter, 4K (and soon 8K) TVs, the ‘personality’ in less-than-perfect lenses has become more flagrant and potentially objectionable.

The idea that less-than-perfect lenses are somehow more desirable than perfect ones is the same thinking behind many traditional techniques employed by accomplished DOPs, like adding atmospheric haze or smoke to a scene, or placing a diffusion filter or silk stocking in front or behind the lens. Both strategies, in their way, are intended to render images that are less perfect, i.e. less sharp and less clinical, by increasing flare and reducing resolution. Some broadcast engineers, disparaging the DOP’s ‘compromised’ images, will inevitably try various tactics to restore an image’s ‘perfection’, by cranking up the detail level, for example, or applying excessive noise reduction.

But here’s the deal: The personality and character of ‘imperfect’ lenses that have served us well in the past may no longer look so great in an era of brighter, higher resolution, big-screen TVs and HDR, where every lens flaw and personality quirk is much more visible and apparent. 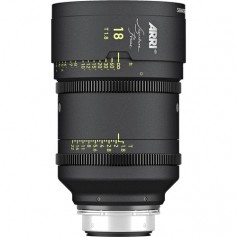 Towards the more perfect lens. Such lenses are fully corrected for chromatic aberrations, incorporate superior lens coatings that maintain good light transmission with minimal flare, and feature a smooth tasteful bokeh with minimal distortion. It’s a lot to ask!

The vintage film lenses, fervently sought after by some DOPs, invariably exhibit a panoply of defects when fitted to today’s digital cameras. In years past, the random nature of film grain and the chattering impreciseness of a celluloid strip rumbling through a camera gate, mitigated the impact of serious lens flaws like chromatic aberrations, excessive flare, and a lack of sharpness. Today’s ultra-high-resolution sensors, on the other hand, are fixed and immobile, and a lot less unforgiving, providing the ultimate target test for any lens regardless of sophistication or price.

Beyond the mechanical nature of film cameras, vintage cine and still photo lenses present other inherent drawbacks for digital cameras. Such lenses may be comprised of inferior, off-white glass, with primitive coatings (or no coatings at all) that are critical to suppress internal reflections and flare. Just a few years ago, many Zeiss Superspeed and other high-performance film lenses were systematically stripped of their coatings to meet the demand of mostly younger DOPs for less-perfect optics. The blooming highlights, low resolution, and milky blacks, looked cool and in vogue only a short while ago, but today, the game has changed entirely. With the advent of HDR, the excessive flare and loss of resolution from uncoated lenses is a LOT more in-your-face and objectionable. Viewers at home now have the capability, and expect to see, greater detail in a show’s highlights and shadows. The uncoated lenses, or lenses that otherwise exhibit too much ‘personality’, may frustrate audiences and detract from the overall viewing experience.

The increased visibility applies similarly to other notable shortcomings in imperfect lenses, like chromatic aberrations (CA) that are present to some extent in all lenses and are in fact the main reason that a cheap lens looks cheap. The sophisticated onboard chromatic aberration compensation software in some camcorders (those with integrated optics primarily) and still cameras, has gone a long way to suppress the manifestation of CA and other serious defects.

In such cases, the camera, reading the signature of the lens, recognizes the make and model, and then applies an overall compensating LUT.

Many latest-generation one-piece camcorders like the Panasonic AG-CX350 are fitted with extraordinarily long zoom lenses; in this case, the 20X zoom range produces remarkable 4K images free of chromatic aberrations and distortion even at full telephoto. The onboard compensating algorithms are just that good.

In the same way, the iPhone 11 Pro exemplifies the power of software to render crisp tasteful HDR images free of obvious defects. The iPhone may be fitted with a primitive 3mm lens costing Apple maybe 50c, but the images that the iPhone can produce, thanks to the onboard correction and sophisticated processing, are nothing short of amazing. 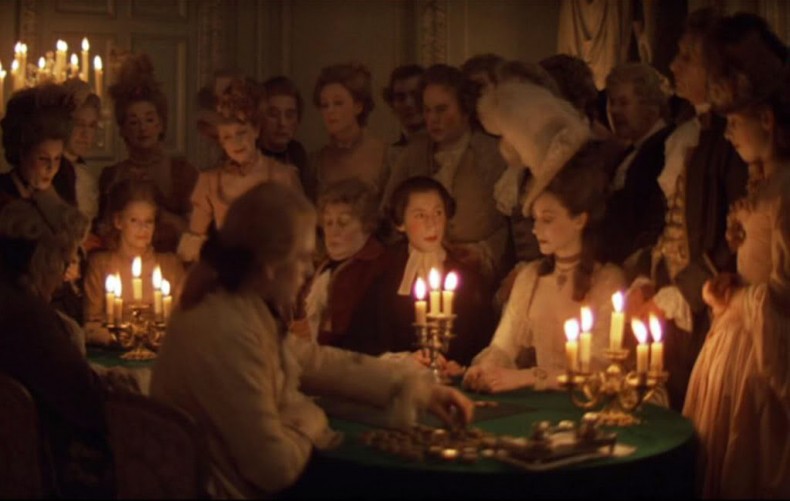 Every lens represents a balance of positive and negative attributes that give it its unique personality. A lens may be too perfect for a given story, or not perfect enough. For a period-drama, a lens that exhibits a softer, warmer, blended bokeh might be more appropriate, while a science-themed show set in the present may benefit from a lens that displays a more clinical look with a harder edge and less distortion.

Thus, it is possible in the current era of Wide Color Gamut and HDR that imperfect lenses can look fabulous. To DOPs, the problem remains that appropriate compensating software may not always be available for any given lens, or else, cannot otherwise be applied. The modest non-parfocal zoom typically fitted to a DSLR invariably performs well when capturing still images, given the applied compensating software and noise reduction. The same lens, however, when capturing video, on the same DSLR or another camera, does not receive nearly the same software help, and thus will likely exhibit a jumble of objectionable defects. Alas, capturing a single stellar frame with proper software compensation is one thing; capturing moving video at 24, 25, 30, or 60FPS, is something else entirely, requiring a still-impossible-to-achieve level of processing owing to the enormous data load.

Beyond the flare and loss of contrast and resolution in imperfect lenses, re-purposed optics borrowed from the still photography world, also tend to vignette due to a lack of telecentricity. The photosites in a modern digital sensor are configured like little buckets, a mere few microns across, whereby light diverging from the back of a lens may strike a photosite at an increased angle near the edges of the frame, thus producing a shadow or vignette. A more perfect lens suited for HDR and bigger, brighter home TVs, outputs a parallel telecentric wavefront that evenly illuminates the floors of the photosite buckets.

Every lens has a personality – even perfect or nearly perfect ones. In recent years, major lens manufacturers have attempted to integrate more obvious personality into their new series professional optics. Today, owing primarily to larger and brighter home displays and HDR, DOPs must be more cognizant of just how much personality they want. The Canon Sumire series lenses exhibit increased ‘character’ and flare at full aperture, then revert to a more ‘perfect’ contemporary look with reduced flare when stopped down beyond T4.

Imperfect lenses may exhibit other notable defects, like excessive breathing, that makes such optics impractical for professional applications that require a constant image size with subtle changes of focus mid-scene. Some forms of distortion, including barrel distortion, can be especially objectionable in the HDR world. The same can be said for spherical aberrations as well, as divergent rays of various wavelengths must be re-converged to a single point at the plane of focus, a task that is much easier said than done.

TOWARDS A MORE PERFECT LENS

To DOPs, the quality and color of a lens’ bokeh is always a matter of keen interest. While the forward bokeh can blend quite well and add a pleasing texture across the frame, the rearward bokeh, at the far edge of the plane of focus, tends to exhibit significant chromatic aberrations, manifesting as hard-edged, bright neon cyan or magenta fringing around the bright headlights of cars, for example, or around the frames of windows facing out on a bright day. Such anomalies are unnatural in appearance, and can therefore be especially disconcerting.

Looking to HDR production, DOPs must consider telecentricity as a key factor when considering the appropriate lens. Telecentric lenses output a parallel beamfront that evenly illuminates the depths of the camera sensor photosites, thus averting a loss of contrast and resolution, and a disquieting darkening or vignetting at the edges of the frame. Most still photo lenses used for video exhibit reduced sharpness and contrast, and a pronounced vignette effect, owing to the (usually) smaller video format and lack of telecentricity.

Accordingly, when designing its new Signature series lenses, ARRI is said to have looked at the quality of the lens bokeh as a priority consideration; the unavoidable prismatic fringing apparent in both the near and far bokeh has a warm or cool tint, as opposed to the more familiar (and objectionable) neon glow that can wreak havoc in HDR production. 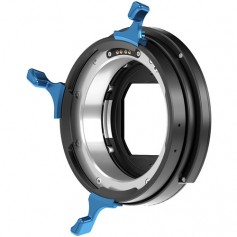 With the advent of larger diameter sensors in professional camcorders, ARRI have introduced a larger diameter lens mount (LPL) to help maintain an even illumination of the camera sensor with a greater range of telecentric lenses.

For many DOPs, the search for less perfect lenses continues – with a new twist. Canon’s new Sumire line of lenses offers, in fact, a less perfect look with increased character and personality at full or nearly full aperture. This may be useful, say, when shooting certain talent in close-up, an actress’ makeup at 4K resolution may well benefit from the increased flare and imperfection. Interestingly, when stopped down beyond T4, the Sumires revert to a more conventional, ‘perfect’ look and bokeh.

In the end, given the exigencies of HDR and ever-growing bigger, brighter, high-resolution TVs, it’s not that we DOPs want to reject imperfection altogether. It’s just that, well, a little imperfection goes a long, long way. And we need to consider the perfect lens a lot more than we used to.