Shot by Matteo Bertoli on the iPhone X in Kauai, Hawaii handheld without accessories 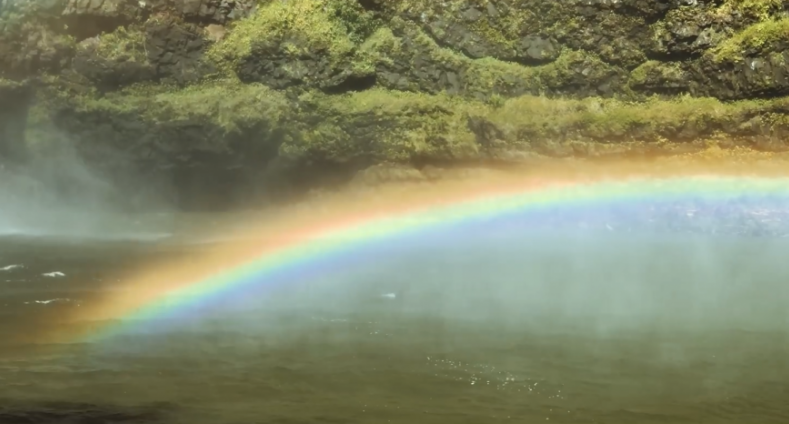 Apple’s iPhone has been with us for ten years now and the onboard cameras for each generation have gotten incrementally better. Some broadcasters began using iPhones to shoot video for television news several years ago. However, with the latest generation, the image quality has gotten so good that the all-iPhone television news operation now makes a lot of economic sense. 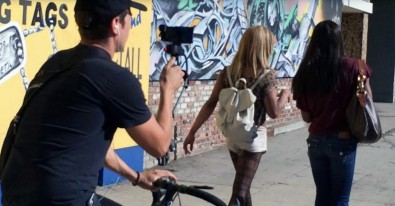 Apple’s new iPhone X is the best model so far. It has improved image stabilization on both lenses and impressive low light capability. The X shoots 4K video up to 60fps and 1080p slo-mo up to 240fps. The video encoder provides real-time image and motion analysis. The phone supports HEIF and HEVC for up to two times compression and storage for double the video and still images.

As an AT&T Next customer, I tend to upgrade my iPhone every year in a situation akin to leasing a car. I order a new phone, send my old model back to AT&T and continue to make the same payment every month. This time I ordered early, expecting to wait weeks for the new phone. I was surprised when I got a 256GB iPhone X on the first day. After using it a bit, I was pleasantly surprised by the features and the improvements in the video. 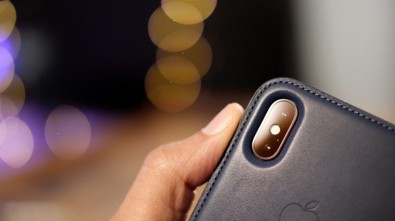 The Apple iPhone X is equipped with two lenses, a wide angle at f1.8 and telephoto at f2.4.

The iPhone may be all you need

As a reporter, I learned years ago that even though my main product is the written word, other media is often expected or needed. This includes still images, video and audio on certain types of stories. For video, I previously had used a Panasonic GH-4 mirrorless camera. Though smaller than anything before it and of excellent quality, the camera is still heavy with all the accessories.

Having tested the iPhone X myself and looked at various comparison videos made by others, I have decided to retire the Panasonic GH-4 and use the iPhone X for my journalistic work. It is that good, and far, far more portable. There is an old cliché that I’ve found to be quite true: the best camera is the one that you have with you. I take the iPhone everywhere, but not the Panasonic camera, which is too heavy.

In the era of the one-man band, I have always looked for the lightest, most portable gear I can find. I want to focus on the story, not the equipment. Now there are high-quality audio interfaces from a range of manufacturers for the iPhone. Simply plug-in any microphone, even those with XLR connectors demanding 48 volt phantom power.

LED lights have gotten tiny — as little as 1.5 x 1.5-inch cubes. Until very recently, light stands weighed more more than the lights themselves. Now super light carbon fiber light stands are coming on the market. On Kickstarter, a company just got funding for an ultra lightweight and compact tripod for supporting cameras up to 4.4 pounds. It folds to the about the size of an iPhone, but extends to 41 inches and is rock steady. It has a wireless remote control. I’ve already ordered one for doing interviews.

The point of all this is we’ve hit a new golden age in what might be called “pocket” video production. This is a dream for journalists working in a multimedia world who need to do everything and carry the gear themselves. To make it really work, however, one needs to customize the set-up. No single manufacturer builds such a kit (yet), but I suspect they will soon. 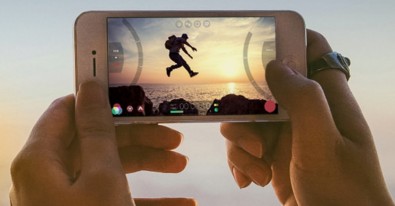 Many early reports agree, use the Filmic Pro app for professional shooting, instead of the standard Apple app.

A few general things about iPhone video I’ve learned so far. First, don’t use Apple’s standard app, but use a premium app like Filmic Pro ($14.99 at the Apple app store). It has the option to select a higher video bitrate, which results in better video. The highest quality being 50.0 Mbit/Sec, which is a major step up over the standard 24.0 Mbit/Sec bitrate found in the standard Apple app. There are other unique features too in Filmic Pro, like the option to record using different frame rates and full control over focus and exposure.

If you are doing an interview, especially indoors, use LED lights rather than natural lighting. Tests may show the iPhone’s excellent low noise capability and that decent shots can be captured in near darkness, but that doesn’t mean the image always works on a creative level. Light and shadow mean something with all cameras, including the iPhone. Use it for creative effect.

Though white balance is automatic, use software that allows you to adjust the white balance on the iPhone manually. With Filmic Pro, the user simply takes a sheet of white paper and places it in front of the camera lens and then taps the white balance button. It’s easy and better than automatic.

Shaky video is a dead giveaway that one is an amateur. Even with stabilization, when you can mount the iPhone on a tripod, do it. When walking, hold it as steady as you can. The new iPhone X is well stabilized and improves steadiness in a major way. If it’s available, use a remote control to start and stop the video, rather than have to physically touch the camera.

The Apple X iPhone meets virtually all the needs of professional news video capture. While some may scoff at using a phone to capture professional video, this one works quite well.

When recording an interview, don’t just depend on the internal battery. Either plug the iPhone charger into the wall while shooting or use an outboard battery pack. Either way, this will ensure not running out power while shooting and losing an important moment in an interview.

When doing one-man band video productions, remember that the phone is also used for calls and other functions. To ensure you are not interrupted during the shoot, turn on Airplane mode during the recording to prevent incoming calls and other interruptions. The mode will also enhance battery life. Nothing is more embarrassing than an incoming call at a critical moment in an interview.

In it’s 10th year, the iPhone has evolved into a powerful tool. It has been excellent for a while now, but not like it is with the new generation. This portends significant change ahead for the democratization of pocket video.