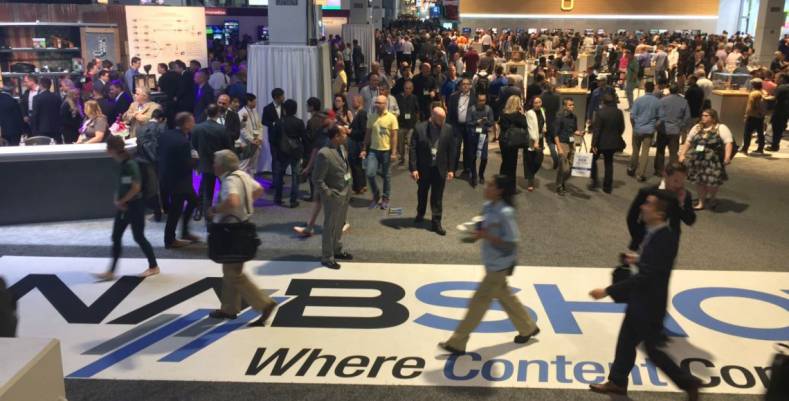 For an industry that was launched with a new technology as simple as the "cat's whisker" detector, broadcasters have adopted and benefited from a rich history of brilliant technical achievements. A few of them were colossal failures. Charter members of the "good broadcasting ideas gone bad club" are AM stereo, Multimedia, 3D TV, and 1440x1080 HDV to name a few.

Fading failures are but footnotes in the shadow of broadcasting’s greatest success, HDTV. Flat screen displays catapulted HDTV to its huge near-instant ubiquity. Both technologies were originally funded by the US Department of Defense.

When 1125/60 “MUSE” analog HDTV debuted at a Washington DC special meeting for government leaders, President Reagan officially declared bringing HDTV to the US was "A matter of national interest.” The DC demo used a huge prototype camera with a jumbo lens, and giant prototype 1” reel-to-reel VTR running at about 30ips to record and play back analog HDTV. Analog HDTV CRT monitor prototypes were big, fat, heavy and delicate, and screens were small and dim by today's standards. Everything early HDTV was network-level-pricy-scary. Some TV stations are still paying off the high costs of their original HD production gear and RF systems. HD was the new ante to stay in the game.

Since that moment in time, a miraculous economy of scale for smartphones, notepads, laptops, computers and LED displays has made digital HDTV more successful and less expensive than anyone but maybe Steve Jobs ever dreamed of. Today, average people are walking about carrying a >1080i video camera and DVR in their pockets, instantly connected to the world.

Right now, the local broadcast TV industry is in the uncharted waters of FCC Spectrum Repack, ATSC 3.0 and UHD broadcasting. Where will all this change take the industry?

Fact One: Repack doesn’t make viewers buy new TV sets and neither does ATSC 3.0. The LG Home Gateway prototype, for example, receives and decodes ATSC 3.0 off-air and distributes content to home displays via Wi-Fi. Any display with Wi-Fi or a port for a Wi-Fi adaptor will work. ATSC 3.0 makes few flat-screen displays obsolete.

Thus, most new off-the-shelf, computers can’t process much more than a single stream of uncompressed 4K video and PCs probably won’t improve much in the foreseeable future. Why? Moore’s law seems to have been distracted by the phone.

Dr. Cross said chip maker’s R&D money is focused on smartphones, not laptops or desktops, meaning the off-the-shelf personal computer video revolution is stuck at 4K. That will change, but when? Has TV production technology reached the point of diminishing returns? 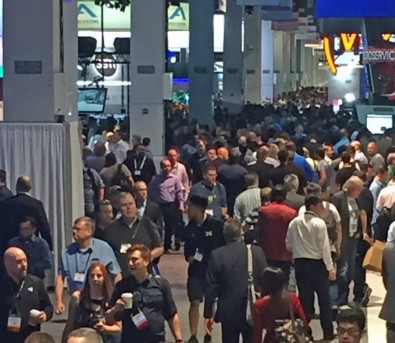 Big Screen or Up Close?

In my analog TV station days, at department head meetings and answering the station’s engineering department phone and emails, not once did anyone ever ask if we could make better pictures. People were asking for hi-fi and stereo before TV broadcast it, but the only picture improvement requests I ever heard regarded ghosts and snow.

The beginnings of commercial HDTV and fabulous flat panel displays were the result of the US government building a foundation that Japanese R&D investment and electronics manufacturers built on. The VHS boom was ending and Japan needed a fresh electronics superstar to make and sell to the world. HDTV was it, but analog HDTV turned out to be too expensive and impractical to get off the ground.

At the 2017 NAB Show, talk among visitors and vendors often turned to the growing trend of viewers watching content on smaller personal screens such as Apple iPhones, iPads, Androids, notebooks and laptops. Some were saying that other than live sports, it's becoming increasingly difficult to get a family sitting in front of a household big screen to agree on what to watch. Many in the younger generations would rather watch their own favorite content on their own personal devices. This trend raises more questions about the financial value of higher TV broadcast resolutions. 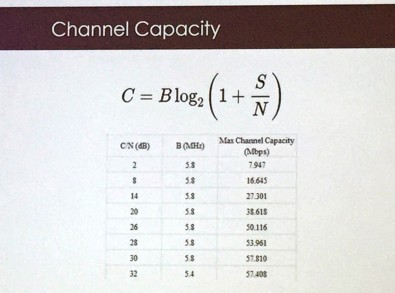 Over the Air or Thru the Dirt?

Nearly everyone agrees real 4K looks terrific at close-up viewing distances, but nobody sits that close at home or even in control rooms.

The recommended UHD viewing distance of 1.5 x screen height is a bit too immersive for my tastes, and I might kick the screen when I put my feet up. Clearly, ATSC 3.0 and UHD are gathering momentum. Thank goodness they’re not joined at the hip.

Let’s examine the capacity of ATSC 3.0. In a 5.8 MHz US TV channel, the maximum data capacity of a best-case ATSC 3.0 signal with a 30 dB C/N ratio or better is less than 58 Mbps. A weak 8dB C/N signal cuts that capacity to under 17Mbps. While broadcasters are scrambling up tall towers and around high-power transmitters changing channels and preparing for repack and ATSC 3.0, common carriers have been busy moving dirt, burying Gigabit fiber connecting new homes and neighborhoods across the country every day.

What was the lesson learned from HDTV about better resolution? Advertisers pay for eyeballs, not resolution. Nobody paid more for a HDTV ad. Did HDTV attract more eyeballs? Not really. The question isn’t whether 4K UHD looks better because of course it does, at least up close. The question is, does UHD fit a station or group business model?

The business model for broadcasting UHD 4K isn’t nearly as crystal clear as its images. When a station goes ATSC 3.0, it essentially becomes a blanket-coverage data server in a market. The greater but finite bandwidth of ATSC 3.0 has value and the business challenge is to generate the most revenue with it. 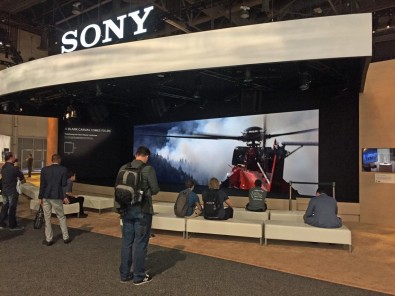 Several factors are at work in the real world of “Next Gen TV” and each significantly improves picture quality. For most of us used to watching 30 FPS 1080i, visual content at 1080p 60 is a major visual upgrade. ATSC 3.0 progressive scan video standards allow for Rec. 2020 color space, HDR and higher frame rates at HDTV resolution.

The buzz around 2017 NAB Show exhibits was that 1080/60p with HDR looks as good as 4K UHD at normal viewing distances and it uses way less than half the bandwidth. In fact, Rec. 2020 and HDR add a single digit percentage to the bandwidth of either HD or UHD.

What do broadcasters do best? They penetrate buildings and walls in a market with a branded wireless signal that entertains and informs viewers. When asked in public, many station managers will brag about community service, but the fact is they like to make money. Who doesn’t.

These days, when the Google business model is what everyone is trying to adapt, ATSC 3.0 looks like a great idea. It offers targeted marketing and targeted distribution, just like Google. It offers extensive viewer feedback, reports and profiles, just like Google. The difference is that Google has tons of bandwidth. Local broadcasters have a relative handful of bandwidth that diminishes with distance. However, they also have something Google doesn't have -- a strong local brand.

Probably one of the worst kept secrets in the TV industry is how broadcasters managed to pay for all the expensive new transmitters, antennas and HDTV studio and field gear they had to buy for the digital transition without getting extra revenue from HD ads.

We all grew up in a world where one TV station broadcast one content channel, but over the past decade or so, many stations have moved beyond that singular old-school mindset. After ATSC 1.0 DTV broadcasting became real, some stations began experimenting with a digital subchannel.

Some of the early subchannels looked like a cross between an embedded video web page and a branding experiment. Freebie banners and few real TV ads signaled a lack of sponsor interest, similar to how many stations' first websites looked. It wasn't unusual for a station to use their first subchannel for brand enhancement with locally produced weather or news loops.

About a decade or so ago, someone decided to think outside the branding box. They started broadcasting a lesser-known national "cable" network on a digital subchannel, and it started making money. Many smaller cable networks carry old TV series reruns and old movies, some black and white, all SD. Who would watch that tired old content? Apparently lots of folks, because other-network subchannels have become hugely popular and profitable.

The result is that subchannel income helps pay off the expense of the DTV transition and all the new HDTV gear stations had to buy to stay competitive. Sometimes the best plan is the one least anticipated, or as some call it, luck. Call it what you like, but subchannels help some stations pay the monthly bills that their big network station revenue can’t cover.

A couple of TV group owners seem to think UHD is the panacea to remain relevant and competitive. The problem is, the internet can deliver UHD easier than any broadcaster. Nearly every owner of a 4K smart TV with a decent internet connection and a credit card can tune in 4K today. The main problem for live UHD delivery by internet is the last mile, and that situation has a business plan that is continually improving.

Friendly arguments about 4K and 8K virtues and issues won’t end anytime soon, but there is a point where human eyeballs can’t see the difference. Steve Jobs called that point "Retina," and Apple trademarked the term.

4K and 8K video demos at NAB Shows remind me of a live A/B blind test of speaker wires I once attended at an AES Convention technical session. Some golden-ears in the audience claimed to hear a difference. About half were proven wrong. The other half was just lucky. Personally, I think 1080p60 with HDR will give broadcast TV the most bang for the bit. How the Profit & Loss spreadsheet looks is more important than subjectively beautiful images.

Nothing penetrates a wireless market better than a robust DTV broadcast signal. That and limited TV channel bandwidth is the opportunity and challenge for stations to find sponsors to help monetize every bit they can transmit.