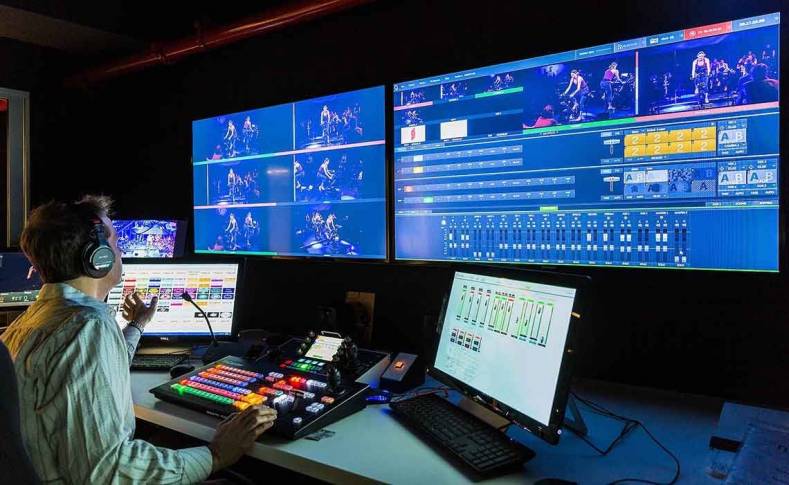 Since the world economy crashed in 2008, many industries are starting to return to profitability. However, that doesn’t mean that all those lost jobs for workers will ever come back. In fact, because of the increase in the use of computerized robots, many employees are finding that their job duties have greatly changed and in some cases, their jobs have been forever eliminated.

In this industry, such changes are no more evident than in television studios — workplaces where robotic camera systems began replacing human crews in the 1990s. Since the recent economic collapse, robots — combined with automation software — have increased rapidly. Today, staffs are being reduced or eliminated as the entire live production chain at broadcast stations and networks are increasingly being automated.

Many consider the center of this revolution in automation as Ross Video, whose Overdrive technology is one of the most advanced automated production control systems available in broadcasting. OverDrive puts a television operation’s entire production on a single touchscreen interface. It integrates with robotic cameras, production switchers, video servers, VTRs, DDRs, audio mixers, routers, still stores and other production devices from a wide variety of vendors and manufacturers.

OverDrive also offers a MOS newsroom interface featuring an ActiveX plug-in that integrates directly into a variety of newsroom systems such as Associated Press' ENPS, Avid iNEWS and Autocue QNews. This interface combines production elements —virtually everything in a broadcast facility — for operation by a single person. 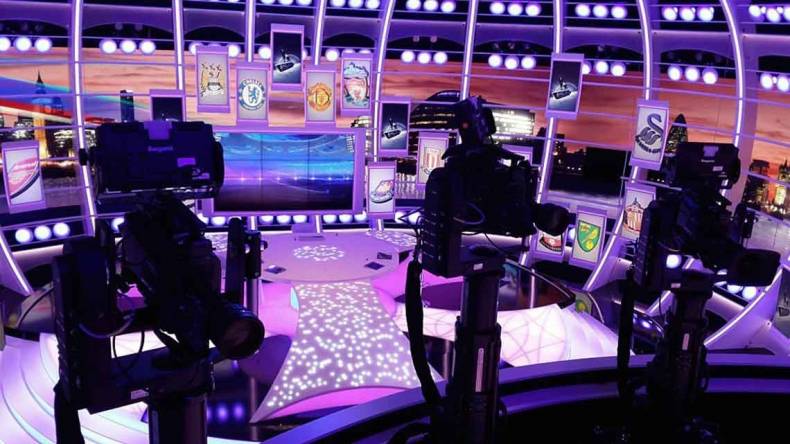 This Ross installation is at the beIN Sports, a network jointly owned and operated by Qatari Sports Investments.

Recently, Ross purchased two robotic camera companies, FX-Motion of Brussels, Belgium in 2011 and Cambotics of Escondido, California in 2012. With these purchases, also came veteran talents in the camera robotics field. A main reason for the purchase was to integrate camera robotics into Ross’s Overdrive software. Their goal was successful and now broadcast customers are purchasing Ross’s combined product.

Ross would not disclose its customer list, other than to say they include major television stations and networks throughout the world. However, Thomas Cappo, president of Local 11 in New York City of the NABET-CWA broadcast workers union, revealed that Ross’s Overdrive and robotics is already installed at two NBC O&Os —WMAQ-TV in Chicago and KNBC-TV in Los Angeles — and soon will be in operation at WNBC-TV in New York City. 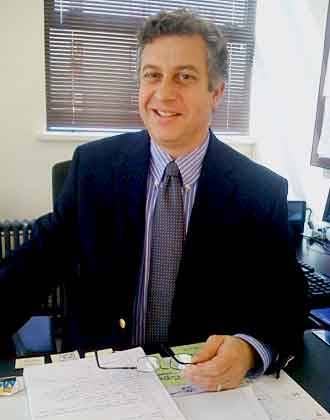 Thomas Cappo, president of Local 11 of the NABET-CWA in New York City, says robotics is already installed in many television stations. He says one of his goals is to help prepare union members to take advantage of new technology.

Cappo, himself a former network robotic camera operator on NBC’s Nightly News, sees automated technology being extended rapidly at broadcast facilities throughout the world. And, yes, he said, it is costing the jobs of union members. On leave from NBC while he heads the union in New York City, he said it is his goal to help his members improve their broadcast skills for the new jobs in a technologically changed world ahead.

“In the old days — from the union point of view — the more jobs we had the better,” Cappo said. “But now technology is changing much more rapidly than it used to. Individuals might be displaced, but as a population, the skill sets of union members need to shift along with it. We are seeing automatic program control in studios like Overdrive today. Instead of 20 people needed to operate a control room, now a single operator can do it all.”

Cappo, 55, said NABET-CWA can’t be against advanced technology and robotics. “I see it moving forward at WNBC without any concern for the union. We can present some challenges but.…”

As to whether his union members agree with him on the need for advanced skills, Cappo said it’s a mixed bag. Some older members don’t want any change, he said, but others see the need to evolve or be out of work. “We have to find a balance … a ride between craft and technology. There are times when a live cameraman can outdo a robot any day.”

In the meantime, the union is training its members in new skill sets, like installing fiber optic cable in broadcast facilities and learning to use Apple Final Cut Pro editing software. “These are now essential skills,” Cappo said.

At Ross, Bruce Takasaki, marketing product manager of robotics, is sensitive to the fact that his business’s success is, in part, being driven the need for stations to become more efficient. “What we are finding increasingly — and it’s a touchy subject, of course — is stations are looking for ways to cut costs and automation is definitely a way to do that. When you combine automation with robotics, you have a really compelling way to reduce operating costs.” 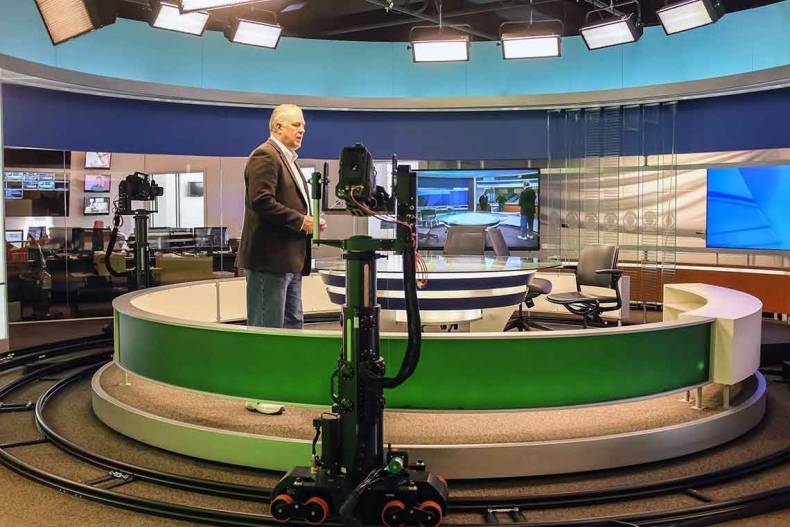 While a live cameraperson may out perform a robotic on certain tasks, especially unscripted TV, most of what needs to be done is repetitive and in these situations, the robot always wins.

Camera robotics alone is a mature business, Takasaki continued. “It has been around quite a number of years and it’s pretty pervasive now. You still have studios with manual pedestals, but from what I’ve seen so far a lot of that is dictated by unions. You know you are talking about replacing humans with robots and some stations are reluctant to go down that path because of union opposition.

“The driver for it is cost reduction through automation, which is head count reduction. That’s not the only driver, though. You can do things with robotics that it’s difficult to do with manual pedestals. You can do on-air moves that are possible, but tricky when you are talking about a pedestal on a floor. Floors are uneven. With rails you open up the possibilities to a whole lot of new shots.”

On the robotics side, there are essentially two kinds of systems in operation today. One is a track-based studio system that easily ties to an automation package. One of Ross’s competitor in this space is Telemetrics, which also makes motorized pan/tilt heads, camera trollies, motorized camera pedestals, remote controllers and studio control software. Telemetrics said it would have no comment for this story. 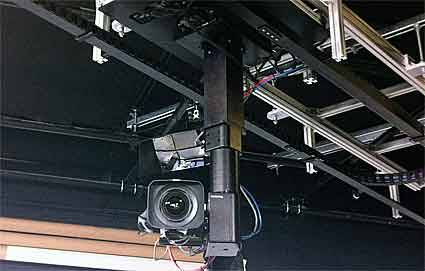 Many studios install overhead or floor tracks that permit live shots a camera person could never get. and, those shots can be repeated as often as needed without error.

The other is a single camera operated by a person using a remote control with a joystick. The main competitors there are Vinten Radamec and Shotoku Broadcast Systems, though both also expand into other areas of robotic technology.

Beyond television studios, robotic camera platforms are now moving into a wide range of alternative locations — ranging from radio station studios, (See Visual Radio here.), legislative chambers and even Malaysia’s “throne room,” the official residence of the crown where meetings with dignitaries and other heads of state are webcast.