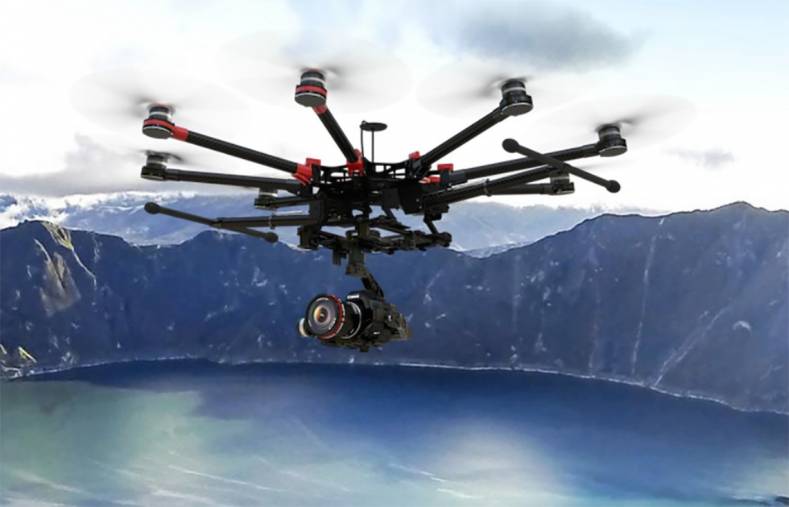 One area of drone success is well proven. They make excellent camera platforms for aerial photography. Viewers can look at the dozens of excellent point of view shots with inexpensive GoPro cameras on YouTube to see that. From wedding videos to television commercials to full blown motion pictures, drones are now being used in productions all over the world. 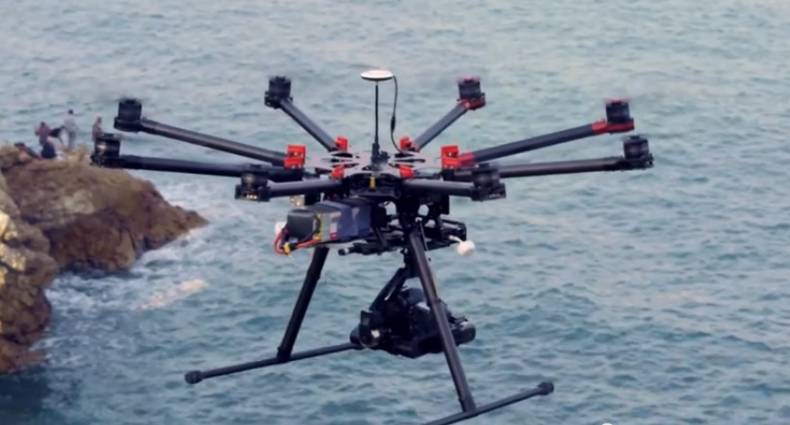 Drones vary in size, but pro models often rely on six or even eight propellers.

This fall, drones got a major foothold in Hollywood filmmaking. In late September, the Federal Aviation Administration (FAA) granted permission to six filmmaking companies to use camera-equipped drones on film and television production sets.

The companies got some help from the powerful Motion Picture Association of America, who endorsed the move. Prior to the FAA action, very limited drone use was restricted to wilderness areas of Alaska.

Plenty of drones have been reliably flying around taking video and stills quasi-legally, but the FAA for the first time put its seal of approval on a policy that allows drones with film and video cameras to legally fly over the heads of people.

Assuming no major accidents, expect to see a lot more government action on drones in the near future. Google has filed a plan to test broadcast drones in the skies over New Mexico.

It filed an application with the FCC, one of the agencies that needs to be involved with such an endeavor. Google wants to use a test site south of Santa Fe, New Mexico and south of Las Vegas, Nevada. The company has already acknowledged it has done “self-flying vehicle” tests in the Australian outback.

The tests are likely a practical test of remote Internet delivery technologies. Google wrote in its application to the FCC that “Google recently acquired Titan Aerospace, a firm that specializes in developing solar and electric unmanned aerial systems (UAS) for high altitude, long endurance flights. These systems may eventually be used to provide Internet connections in remote areas or help monitor environmental damage, such as oil spills or deforestation.” The company wants to demonstrate and test the drones “in a carefully controlled environment.”

The Google drones will be broadcasting at frequencies between 910 MHz and 927 MHz, with a second round of testing evaluating broadcasts in the 2.4 GHz to 2.414 GHz bands. Both bands overlap with some existing commercial equipment, with the former covering inexpensive transmitter and receiver pairs like cordless home phones and baby monitors. The latter frequency covers some Wi-Fi bandwidth, but the remoteness of the test area should prevent any interference with residents.

The FAA’s Hollywood decision has implications for a broad range of industries, including the news media, agriculture, energy, real estate and online retailing.

“While the approval for Hollywood is very limited in scope, it’s a message to everyone that this ball is rolling,” Greg Cirillo, chairman of the aviation practice at Wiley Rein, a communications law firm in Washington, D.C., told the New York Times. 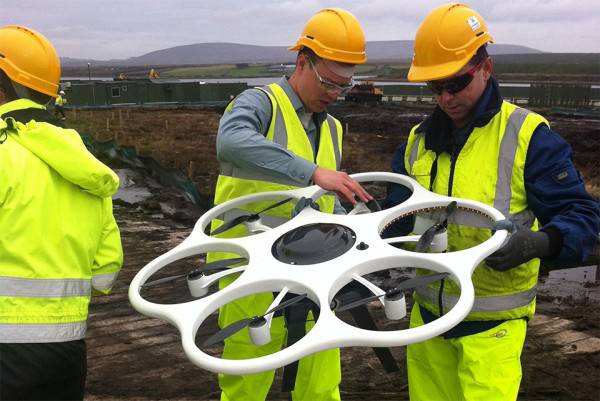 This drone is used for construction surveillance. Note each of the six props is protected by a plastic encasement.

Motion picture studios including Sony Pictures Entertainment and Paramount Pictures have already been using drones in overseas shoots for movies like Transformers: Age of Extinction and Skyfall. Millennium Films and Lionsgate recently used a drone-mounted camera for portions of The Expendables 3 in Bulgaria. The studios gained valuable experience from those productions, but were not under the jurisdiction of the federal government.

Michael P. Huerta, the administrator of the FAA, told the newspaper that at least 40 similar applications are pending from companies beyond Hollywood. One is Amazon, which wants permission to move forward with a drone-delivery service.

The “announcement is a significant milestone in broadening commercial use,” Anthony R. Foxx, Secretary of Transportation, told the press in a conference call. He added that the waivers do “not pose a risk to national airspace users.”

Under the six waivers granted in September, the production companies can use camera-equipped drones on outdoor movie and television sets that are closed to the public. The equipment must be inspected before each flight, fly no higher than 400 feet and be operated by a technician with a pilot’s license. The FAA must be notified of filming. Night use is prohibited, at least for now.

The six film companies receiving FAA approval are Aerial Mob, Astraeus Aerial, HeliVideo Productions, Pictorvision, Snaproll Media and Vortex Aerial. The agency is still reviewing the application for a seventh company — Flying-Cam — for permission to use drones for production work.

The payload capability for many 'copters is sufficient for a small pro camera. Note the Canon camera mounted center.

There has been opposition from aviation safety advocates to the FAA’s waivers for the production companies. They are concerned not only about drone crashes in populated areas, but also the issue of privacy. There is considerable apprehension that drones will be used to spy on people on the ground below.

Yet, there has been a lot of industry pressure on the government to allow drone imagery. The footage is more compelling, the cost savings over manned helicopters is dramatically lower and more production is fleeing the United States in order to use the new technology. It’s also safer. For example, three people were killed last year when a helicopter crashed while filming a Discovery Channel production.

“By creating a climate that further encourages more movie and TV production in the U.S., today’s decision also supports job creation,” Christopher J. Dodd, chairman of the Motion Picture Association, told the New York Times. Dodd, a former senator from Connecticut, added that the decision was “a victory for audiences everywhere as it gives filmmakers yet another way to push creative boundaries.”

The use of drones is now finding entertainment uses beyond movies. Cirque du Soleil, the Canadian operator of acrobatic shows, has released a video that explores storytelling on stage using drones called “quadcopters.” The video depicts an electrician surrounded by 10 drone-powered floating lamps. He appears to conduct their movement in the air, much as Mickey Mouse interacted with the dancing brooms in Walt Disney’s “Fantasia.”

This summer, the Walt Disney Company applied for three drone patents related to outdoor theme park shows. Based on the applications, the company appears to want to use drones to fly projection screens into the air and to move large-sized marionettes. The company, which has declined to discuss the project, submitted an example of a flying version of Jack Skellington from “The Nightmare Before Christmas.”