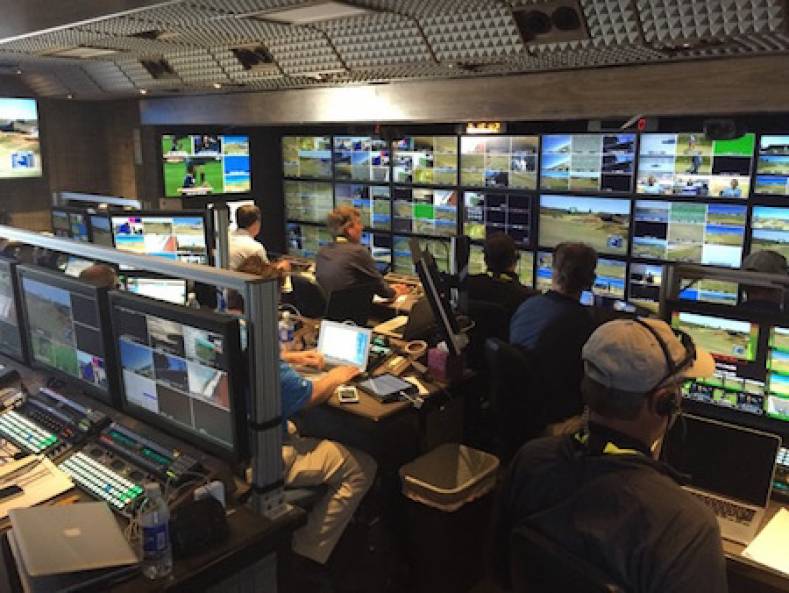 This year’s NFL Super Bowl telecast, to be broadcast live on the Fox Sports Network, will once again provide a proving ground for the latest remote audio and video technology, with a few new twists thrown in for an added “wow” factor. Interestingly, much of the big game will be shot in 4K and HD simultaneously, although Fox Sports will be broadcasting the main action live in 1080i HD resolution.

To cover the many Super Bowl LI events and activities being held in and around Houston’s NRG Stadium, as well as the live game on February 5, Super Bowl LI (51), Game Creek will send a total of ten production trucks to support productions for Fox Sports, NFL Network and ESPN. An additional 14 production trailers will be on site to support graphics, onsite editing, slow-motion replays and other special effects like augmented reality graphics that will be visible not only to the home viewers but also to the fans in the stands. 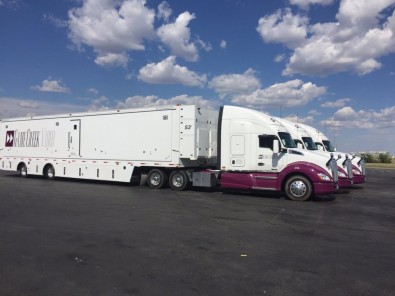 Three 53-foot expandable "Encore" production trucks from Game Creek will be tied together, offering more than 200 feet of work space for the large production crew.

For example, Game Creek will use its Encore A, B and C trucks, tied to together via fiber cabling, to cover the actual game. Each is a 53 Foot Double Expanding-Side High-Definition Production control room on wheels: with the “A” unit housing audio, video, two multi-purpose editing rooms and transmission; “B” includes production and graphics personnel; and “C” providing the tools and manpower for slow-motion replays, maintenance and storage. Combined the three trucks provide 200 feet of working area space for the crew.

To support the more than 70 Sony HDC-4300 HD and 4K cameras in use for the actual game, the three mobile unit “compound” will feature a Grass Valley Kayenne K-Frame switcher, Calrec Apollo surround sound mixing console, an Evertz EXE router for video and an Evertz EMR Audio router (including I/O for 768x768 AES signals, 480x480 analog signals and 40x40 MADI(64) signals) and a network of dozens of EVS XT3 replay systems that will handle images shot in both 4K and 8K. 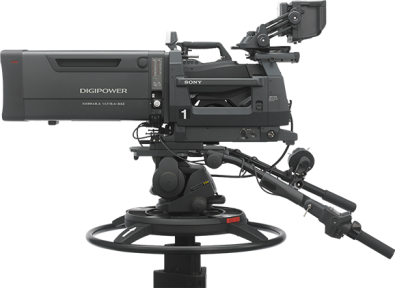 Sony’s HDC-4300, which can shoot both HD and 4K, will dominate this year’s Super Bowl production.

Another Game creek truck will support the use of the familiar SkyCam overhead cable system, but this year it will be combined with enhanced, augmented reality cameras to insert a live first-down line on the field, so fans at the game will see what the fans at home have seen for a while.

Finally, Game Creek’s “Pride” A and B units will support the NFL Network and its many shows (such as an awards show) produced prior to and during the big game. The company’s “Justice A” truck will help cover ESPN’s studio show, which will originate from a portable studio set up inside the stadium.

For its part, Game Creek’s chief competitor, NEP Broadcast, will send a total of six truck packages (16 trailers) to Houston, working for ESPN, Fox Sports and NFL Films. The NEP EN-1 (A, B and E units) package will provide master control capabilities for the NFL Films world feed (in HD, something it does every year).

NEP’s Chromium truck will support the “Inside the NFL” show for NFL Films, while the company’s ND-1 (A, B and C units) will help produce Fox Sports’ “Discovery Green” area, a group of events for fans to enjoy days prior to the big game and its Denali Summit truck will handle the NFL Honors awards show held the night before Super Bowl LI. The show will air in HD on Saturday, February 4th at 8pm ET on FOX. 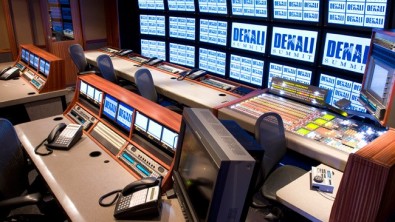 The half-time festivities will be handled by NEP’s Denali California truck, which includes a Grass Valley Kayenne production switcher (with 96 inputs), Calrec Apollo audio mixing console, Sony HDC-4300 and HDC-2500 cameras, Imagine Communications video router and an Abekas Dveous/MX DVE system. The Denali series of trucks are specifically designed to help produce live musical and entertainment events. Finally, the NEP EN-2 (A and B units) will provide a live game feed for international broadcasters around the world.

As for other new technologies, a company called Zebra Sports Solutions will provide its on-field player tracking system that features players wearing two RFID tags embedded into each shoulder pad. The tags, the size of a nickel, are capable of being read 15 times a second and can track speed, distance, acceleration, player orientation and change of directions on the field. The sensors on the players can track vital stats indoors and outdoors to within six inches.

This unique solution, being used this year for the third Super Bowl telecast, enables the NFL to gain real-time insight into the action happening on the field of play and feeds its Next Gen Stats program. Fox will present the information captured on colorful 3D-style virtual billboards during the game. In 2016 the NFL deployed more than 7,500 tags for players, officials, yard markers and pylons, giving fans a better understanding of the game. [Zebra’s solution was also deployed for the college football playoffs this year.]

Logistics would appear to be the biggest challenge for all production companies involved, but they've been at this for many years, so viewers can expect captivating on-screen results with data-intensive graphics to present the game in the most comprehensive way ever. No Super Bowl telecast has ever been covered so visually, and that’s what producers strive for every year. This year, Game Creek and NEP Broadcast has got it covered.

“As you might imagine, the Super Bowl is typically one of our most challenging productions to put on,” said Glen Levine, president of NEP’s Mobile Units division, alluding to all of the pre-planning and coordination required to gather equipment from NEP locations around the world, design a temporary infrastructure for all of its cabling and routing switchers, and then making it all work. “But we thrive on the challenge.”