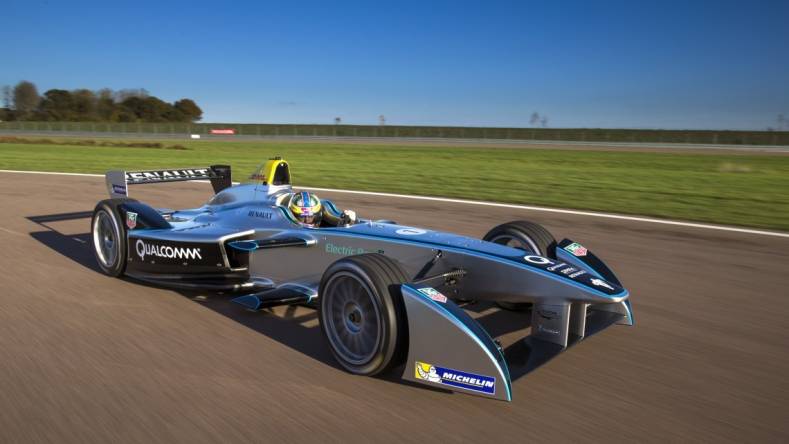 The post production and distribution of Formula-E has a cloud workflow.

While some cloud-first post services are developing a solid business, many conventional facilities remain reluctant to remote host some or all of a client project. Leading facilities share their input into whether cloud is having an impact on their investments and workflow.

One post service founded on cloud principles believes 2016 is a tipping point in the technology’s use.

“It’s gone from theory a couple of years ago to people actually doing it now. Users are more comfortable with cloud and the reason it’s happening is that the technology has matured so rapidly,” says Ben Foakes, founder and md, BASE Media Cloud. “Technically, it is straight forward now to store and transfer files at very low latency making it more appealing to media companies who can see, touch and work with media assets.”

Partnered with Aspera, BASE Media has been providing cloud media storage, media asset management, file transfer and content distribution for Aurora Media’s Formula E production since February. It added Bebop’s cloud editing solution to its services in May.

“BeBop is the first truly cloud-based editing solution, enabling our customers to not only securely ingest and store media in the Cloud, but also choose their preferred editing tools instead of being locked into proprietary systems.

“Three years ago what we are doing was not possible but the convergence of software and virtual infrastructure with public and private clouds has given us the tools we need,” Foakes adds.

Other’s, though, are less sure. “Clients are not generally confident about putting their media in the public cloud - although we are talking to some of them about providing a private cloud,” says Owen Tyler, operations director, Evolutions.

The demand from productions for more flexible offline edit solutions, in particular, is becoming more and more apparent, as is the challenge of providing affordable facilities in an ever more expensive real estate market.

“The key to overcoming this challenge is to provide bespoke solutions to those clients, as current ‘off the shelf’ solutions are falling short of providing the replication of complete package of facility services they require,” argues Halo Post head of business development Matt Locke. “Connectivity for these services is key, but speeds and stability of network services are improving all the time and becoming more flexible and affordable, which should help the development and increase the use of remote services in the future.”

Envy has been using remote and cloud based post for some time and says it works closely with clients on projects that require that sort of work. “We currently don’t foresee any drastic changes in this field from our point of view,” says MD Dave Cadle.

Cloud has not directly impacted the business at Deluxe-owned post house Encore to date although future developments “will no doubt include remote data centres and off-site rendering for VFX, for example, as this can help save space in expensive central locations,” says Johnny Whitehead, Director of Operations.

Rushes, another Deluxe-owned outfit, says it hasn’t utilised cloud based services either but agrees it is a logical next step. “It is unlikely that we will invest heavily in render hardware over the coming years,” says MD Joce Capper. “More likely, when we require additional render power, we will use an on demand service in the cloud.”

The biggest issue is connectivity. The UK only has about 2% coverage of super-fast broadband, rated at 1Gbps which lags behind countries like Turkey (4%) and Latvia (20%) according to government figures.

A public-private initiative worth over £1 billion announced last month is intended to boost capacity of 1Gbps speeds to at least 2 million businesses and homes. BT, meanwhile is ramping up 300Mbps fibre to 12 million homes by 2020.

This is important because for a distributed, fluid virtualised post operation to succeed, craft skills operators need to be accessed wherever they are.

“The biggest issue with cloud is connectivity,” says Eben Clancy, co-founder Phantom Sun Post Production. “It’s often harder to break through the firewalls in corporate offices than it is to get high speed broadband connections to the home of a colorist or dubbing mixer.”

He suggests there is a growing community of artists with kit like Blackmagic Design Da Vinci capable of working from home.

“We don’t run a facility. Instead we pop-up suites at a production company, or in our office in Manchester or facilitate editors, colorists or dubbing mixers working from home on a project by project basis,” explains co-founder Eden Clancy. “There’s far more acceptance of remote working and producers can cut costs by doing many elements of the editing process at a location that suits them.”

Phantom Sun, which launched at the beginning of 2016, says it can help production companies cut the cost of editing by as much as a third because Phantom Sun doesn’t have to pay the high central London rents that affect most post companies.

“We came up with this concept in 2009, but the technology had not come of age yet,” Clancy says. “Now, with advanced cloud technology and the acceptance of remote working, production companies can cut costs by doing many elements of the editing process at a location that suits them. Central post production facilities are still needed, but many of the final stages of grading and editing can largely be done remotely using our pop-up post production technology on a temporary basis.”

When post producing CITV and ITV series Bear Grylls Survival School the dubbing mixer premixed the shows on his own kit at home.

“We’re pitching for some big broadcast facilities jobs where companies which have previously invested in lots of on-premises hardware are looking to go fully virtualised,” says Clancy.