There are four competing IP live protocols and Evertz (backer of ASPEN) supports all of them.

Confused about moving to IP? Don’t worry you are not alone. While recent moves by Evertz, chief promoter of the ASPEN live IP production protocol and Sony, architect of its own route to live IP, to join the Alliance for IP Media Solutions would seem to herald a break out of common sense on behalf of vendors, each continues to plough its own path.

ASPEN and Sony Networked Media Interface (NMI) continue to be developed, promoted and gain partner backers, as does AIMS, a marketing body which supports standards – some of which are only draft.

While there are crossovers between AIMS, Sony NMI and ASPEN which should mean a base level of interoperability, NewTek has taken a fundamentally different tack with its NDI Networked Device Interface. The Broadcast Bridge assesses the impact of the recent moves to interoperate and asks how prospective customers can best marry best of breed kit from one manufacturer that supports AIMS with kit from a vendor supporting another protocol? Is there a way for the protocols to be bridged?

“With the joining of Evertz and Sony to AIMS they have agreed with the rules of the association,” says Tim Felstead, Head of Product Marketing SAM speaking on behalf of AIMS. “That is to promote the use of agreed standards within bodies such as SMPTE, VSF, EBU and specifically to promote the use of the AIMS ‘roadmap’, that of SMPTE 2022-6 on through the VSF TR-03.”

"Certainly, therefore, a customer can buy an Evertz Multiviewer that works in IP, and a SAM router, and be sure that those two organisations will work towards, or have already achieved, compatibility testing so that as a bare minimum we can support interoperable standards that are open and agreed internationally.”

Felstead continues, “However what we don’t want is to have a competition-less market. We all want to fight, we all want to win, we all want a healthy level of innovation and competition. ASPEN may offer some customers advantages, NMI and NDI the same; however customers should not expect that AIMS members will work towards interoperability with those proposals (they’re not standards) but AIMS will work towards the level of interoperability we publicly and loudly support for the reasons I've mentioned. Precisely so that customers can invest with confidence and choose best of breed without being cornered or trapped on an island of incompatibility.”

The same will apply as the industry moves to connection management. AIMS have agreed to support the AMWA Networked Media Open Specifications (NMOS) initiative for Discovery and Registration of services over IP. This means that two manufacturers connecting equipment to a network will be able to ‘discover’ each other and use each other's services and outputs/inputs. However, Felstead says that that doesn’t preclude additional mechanisms being used that may offer customers some advantages and enables innovation across the market “again to avoid the trap and improve confidence in the market as a whole,” he says.

"...however customers should not expect that AIMS members will work towards interoperability with those proposals (they’re not standards)..."

Furthermore, we are looking forward to a time where we speak about compression over IP and similarly there will or should be a minimum open public standard we all agree to support that will not stop, for example, customers choosing [codec] TICO if they feel it brings them advantages.

In this area SAM’s philosophy is to stick to open standards for compression and it has chosen to work with SMPTE 2042-1 also known as VC-2. This is a low latency, low complexity, easily implemented, practically royalty free codec that is open to all.

“We also think it’s entirely consistent with the AIMS philosophy and have already implemented it in our current IP systems and products (like modular, switchers, routers etc etc). We don’t have to pay for the privilege (unlike Sony NMI or TICO) and we don’t think customers should have to either.”

So, in summary, AIMS says it is supporting a base level of interoperability. Other innovations and proposals are commendable but will not guarantee the level of interop that AIMS members are offering.

“We support and promote a philosophy that we believe is in the best interests of the industry at large and required as a bare minimum for us to move onwards,” says Felstead. “We all want a healthy, thriving and dynamic industry and want to avoid customers suffering the perils and pitfalls like format wars of the past.”

Sony on ASPEN and AIMS

"The AIMS alliance focuses on the adoption of SMPTE 2022-6, VSF TR-03 and AES 67 and therefore mainly focuses on the Media Transport plane,” he points out. “The IP Live Alliance created by Sony, focuses on the adoption of the Networked Media Interface. The NMI is a wider approach and more complete in the way that it covers the seven planes of interoperability (media transport, timing, compression, flow control, flow switching, device control and discovery, identity) as defined by the Joint Task Force on Networked Media (EBU, VSF, SMPTE, AMWA). 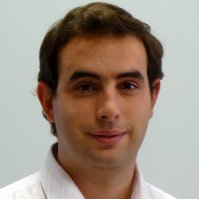 “As a member of VSF, SMPTE and AMWA, Sony continues to collaborate on the design of advanced Standards and Protocols for Live Production over IP,” says Moreau. “Thanks to versatile technology, based on FPGAs and software, Sony is committed to support future standards of video and audio over IP. The recent announcement of Sony joining AIMS emphasises Sony’s commitment to offer interoperability of its IP Live Production Solution with other manufacturers.

Sony is also part of the ASPEN community and provides products that support the ASPEN media transport method. It is straightforward to integrate a system camera chain with an Evertz audio/video infrastructure, for example, states Moreau.

"The IP Live Alliance created by Sony, focuses on the adoption of the Networked Media Interface. The NMI is a wider approach and more complete in the way that it covers the seven planes of interoperability..."

NewTek restates its claim for NDI to be an open protocol and notes, rightly, that vendors, including its competitors, have already started to include NDI in their own products and more than 600 companies have downloaded the NDI SDK (some prominent ones are listed below). Additionally, NewTek has joined the ASPEN community for full integration into that environment. For example, NewTek has a product to bridge between worlds called NewTek Connect Pro. Tighter integration between the two standards will be forthcoming. NewTek has already worked with vendors like Deltacast to bridge to devices using SMPTE 2022.

NewTek says it is fully supportive of all IP standards including the AIMS group. Since AIMS builds on SMPTE 2022 - which NDI can interface with via NewTek Connect Pro – a bridge is technically possible. “We are already working with many of the streams (e.g. TR-03) and will work to support any others as they become standardized,” NewTek advises.

At this time, NewTek says it is not aware of any announcement from Sony that NMI will be available to bridge to or communicate with it. “We would be very happy to work with Sony on interoperability between our products and NDI and theirs,” it states.

As near as The Broadcast Bridge can make out the following is the complete and up to date set of official backers for each of the four protocols.