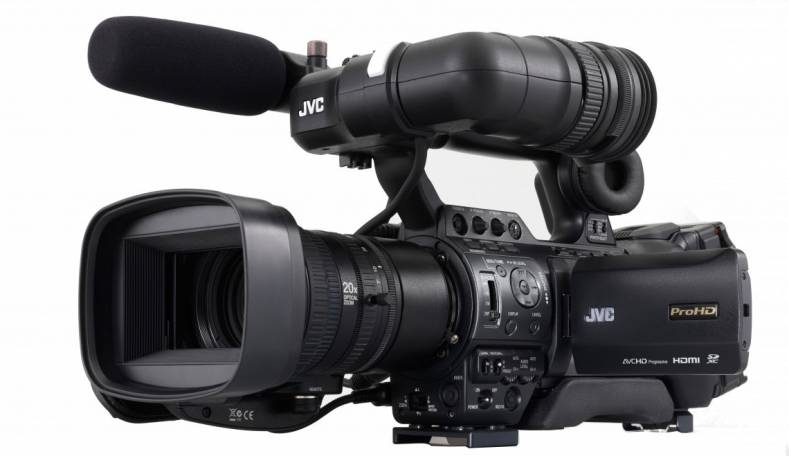 Some who shoot RAW using a digital cinema camera claim those who shoot with a video camcorder must live with the camera’s built-in look—a look designed by engineers in Japan. They also claim when you shoot with a digital cinema camera, during color grading you are able to “design your own camera.” However, today’s camcorders provide a wealth of adjustments, which can create almost any desired “look”.

We will examine four types of image adjustment you can use to obtain the look you want from a camcorder: Dynamic Range control, Sharpness control, Color Matrix control, and Gamma control.

To increase a camcorder’s dynamic range, a circuit can be employed that disproportionately decreases signal level as brightness increases over a certain level. This circuit prevents bright details from going fully white, thus losing both detail and color.

The circuit has a response curve with two segments—a segment beginning at 0-percent and a second segment that typically begins around 80-percent. The curve’s break point is its knee. The second segment compresses levels between the knee and 108-percent. Figure 1 shows a low-knee curve that can provide 2-stops of additional dynamic range.

Figure 2 shows a high-knee gamma curve. With the knee up around 95-percent, upper-middle shades are made brighter.

Figure 3 shows three correction settings where “8” is the default (Normal) setting. Note that no matter the setting, as detail resolution moves over the 50-percent point, the amount of correction becomes progressively less. Aperture correction, therefore, has a limited ability to enhance fine detail. The Sharpness adjustment primarily has an effect on the edges of objects. 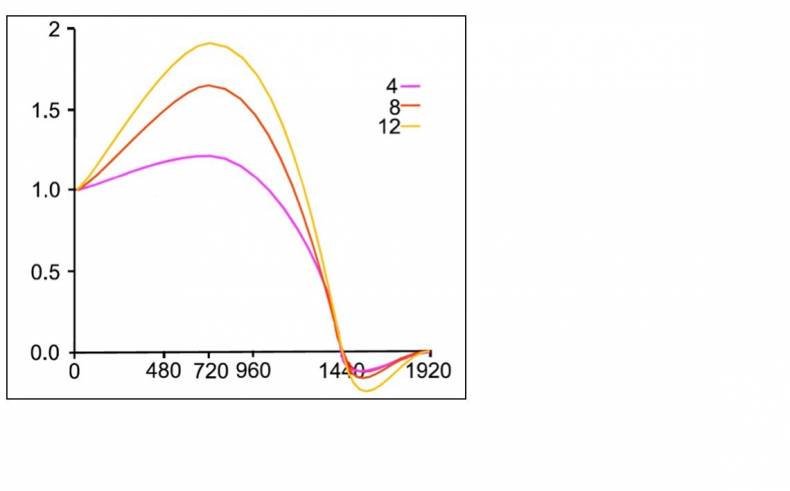 Figure 4 is a BBC diagram showing a transition from gray-to-white and a white-through-gray-to-black transition. When the start and end of a step are rounded (Sharpness setting of “1”), object edges will be very soft. (The “4” setting in Figure 2.) Conversely, at a Sharpness setting of “16,” each step begins with an overshoot to excessive white or black. This overshoot is called ringing. (The “12” setting in Figure 2.) While ringing does make object edges more distinct, unfortunately the overemphasized edges increase the visibility of motion judder from low frame-rate video.

We know camera manufacturers tend to create cameras that have a look similar to other cameras they produce. Some brands have a cooler look while other brands have a warmer look. Green, for example, may be defined by a design team to be slightly bluish so whites appear to look very clean. The downside are green tree leaves that look less lush.

A camera’s factory defined colorimetry is determined by its color matrix. You can, however, adjust the matrix to:

Simply put, a color matrix defines the look of the primary colors. For each color in the matrix, Red for example, there will be a Saturation adjustment and a Phase (hue) adjustment. 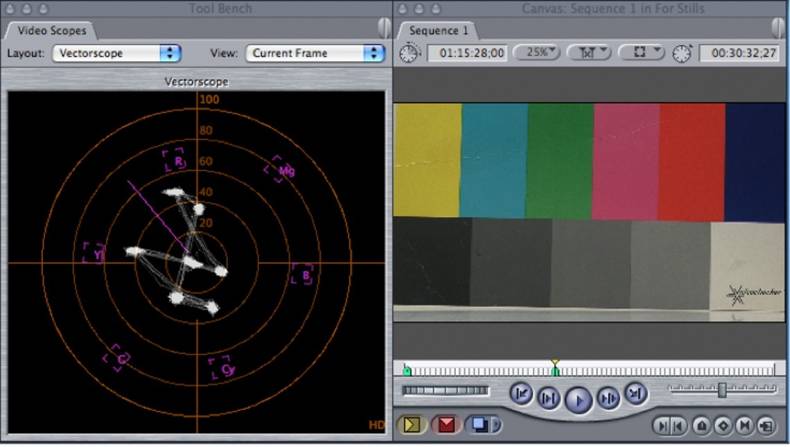 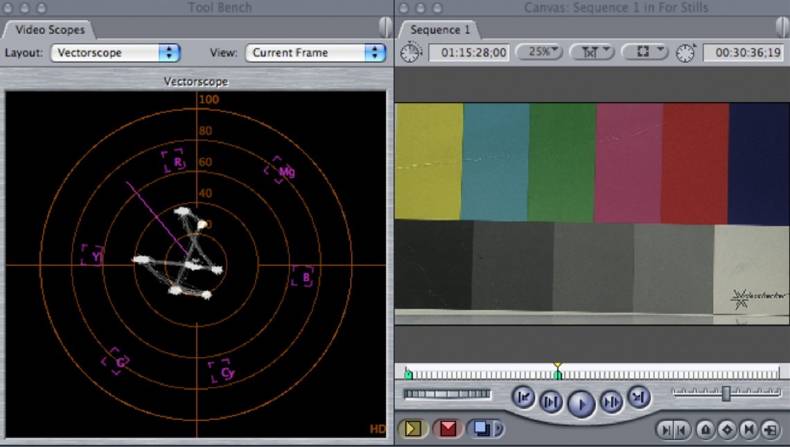 Some camcorders also provide the ability to redefine a preset. Thus one can decrease or increase the Red saturation of the Cine preset. See Figures 7 and 8.

Gamma is the relation between input (X-axis) and output (Y-axis). The relation can be represented by a curve. Figures 11, 12, and 13 present simulated gamma curves. (Rightmost curve of the four graphs.) 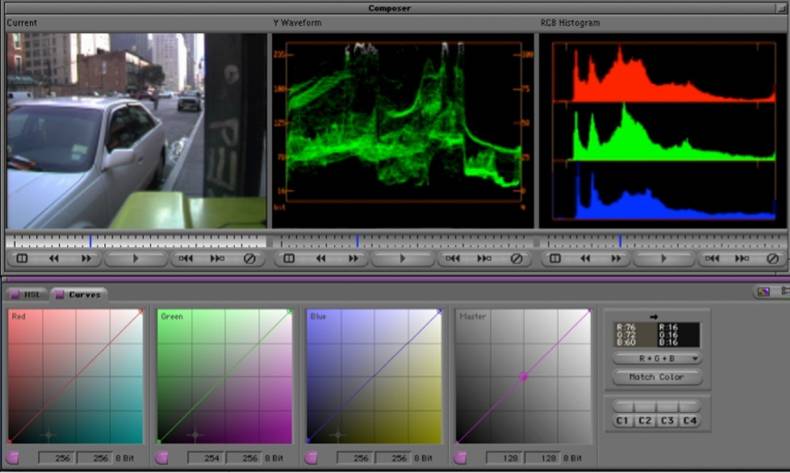 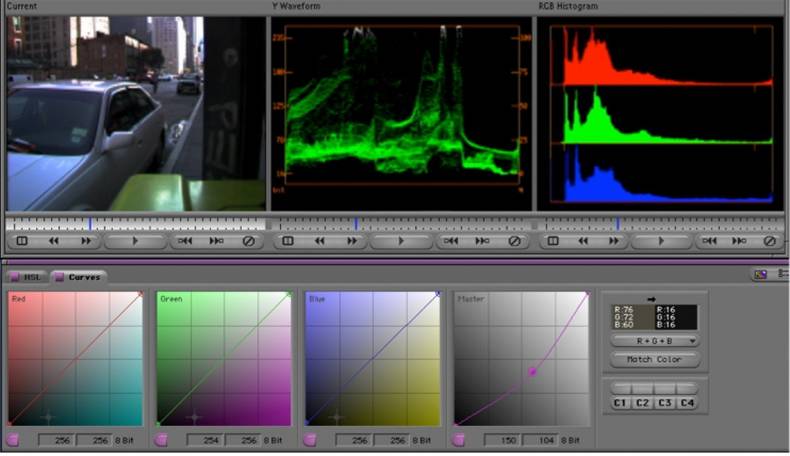 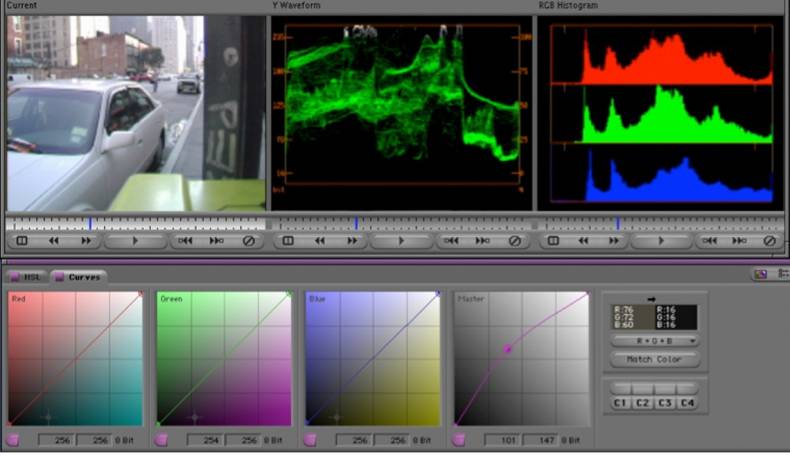 Normal gamma is designed for shooting video. Cine gamma curves are designed to record with less image contrast so material looks less like video. Many camcorders, in addition to a selection of gamma options, provide one or more image presets such as Black Stretch.

Video, relative to film, has a limited dynamic range. In a high contrast-ratio scene when the lens aperture is adjusted so bright details are not overexposed, shadow detail will disappear into black. The Black Stretch preset raises the lower end of the gamma curve. This has the effect of making shadow detail lighter so it is more visible. See Figure 15.

By employing available camcorder adjustments, you can record video that has the look you want. Moreover, defining an in-camera look does not preclude post-production color correction.