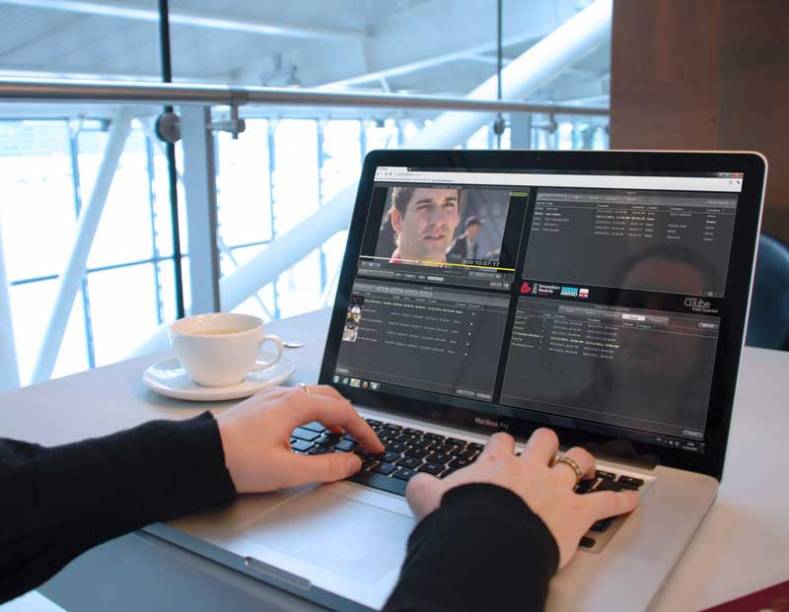 Most people with memories of analogue tape-based broadcast programme-making will acknowledge the tremendous efficiencies brought about by the advent of production servers, especially within the fields of news, sport and special events.

Editors no longer had to sit through tedious transfers of material where nothing much in the way of editing attention was required. Storing content in files not only offered faster than real-time transfers, but also - once ingested into the system - random access to any point in any file. We are now in the final stages of broadcasters changing from video to file based operation right across the world.

Who could have predicted that in the last few years, many would be claiming that some servers (or the way they are deployed) actually slow down the production process? And that some of the leading server manufacturers would agree?

The reasons are part behavioural and part technological. With the explosion in 24-hour news, broadcasters are working far closer to a live timeline, with the result that file transfers actually consume time rather than save it.

With sources being more diverse and global, it would be easy to end up with an expensive, high-capacity server at the operational HQ that was clogged up with what amounts to at least 90% junk - with no consistent way of marking and compiling the good stuff. Production servers also now need to rapidly perform playout, if only to another server.

Not for the first time, some manufacturers have taken a leaf out of the consumer electronics book and introduced a stream-based workflow, where users don’t need to wait for files to transfer and so can start marking frames as soon as material begins to arrive.

In this environment the supposed chore of watching content during transfer becomes a positive benefit, along with other aspects of linear editing lost with discreet files such as the ability to route to multiple destinations on the fly, and the simple comfort of actually seeing content without lurking fears of codec incompatibilities or other glitches later on.

One example is Quantel’s ‘production everywhere’ QTube InterSite system, where users connected to a network of local and remote sQ servers edit low-bitrate streams, creating metadata (akin to the old EDL) available to all. Editors can work less than 30sec behind live on material being ingested anywhere in the network, and only those frames needed for playout are moved to the appropriate server in high resolution.

The company has even designed QTube so that low-bit streams can be aired rapidly while the hi-res file uploads in the background to appear automatically in a later bulletin. If an editor adds a dissolve for example between clips, only the transition file is sent to (and dropped in by) the playout server to minimise transfer time.

Another speed-related issue lies at the very heart of any server: the array of hard disk drives (HDD) storing all the content and metadata.

According to hardware manufacturer Dell, although the capacity of HDD has increased on average by about 40% annually in recent years, the random Input/output Operations Per Second (IOPS) performance has gone up by only 2% pa, which is at odds with greatly improved processor and control system performance.

By comparison a Solid State Drive (SSD) array, with no moving parts and hence rotational delay, offer far superior access latency and IOPS performance. Chipset manufacturer Intel for example says that some 2,300 HDDs, each rated at 200 IOPS, would be needed to match the performance of just one of its Intel SSD 910 Series Flash Memory cards.

SSDs are however larger and more expensive per unit of storage, and have an ‘endurance limit’. This is a limit on the number of times a given portion can endure write, which imposes a higher voltage and hence more stress on the silicon. Endurance is usually expressed as the total amount of data the SSD is capable of sustaining over its life, which to give you some idea is quoted as up to 14PB in the case of the Intel SSD 910.

Dell recommends that the percentage of time spent in write rather than read mode should not exceed 10%, and that the devices are better suited to random rather than sequential operations. This all points mainly to playout applications such as video-on-demand rather than heavy duty production work at present, although a ‘tierable’ configuration mixing SSDs and HDDs could bring benefits from both worlds, says the company.